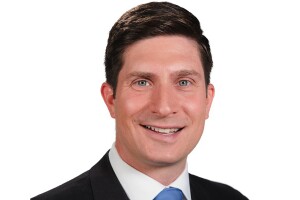 Shawn Stepner is an award-winning sports reporter for WMAR-2 News. Originally from Bowie, Md. he is ecstatic to be covering all of his home state’s teams.

Shawn arrived at WMAR in August 2016. Since then, he has won an Emmy Award and two Edward R. Murrow Awards. Before coming to Baltimore he worked at WKBW in Buffalo, N.Y. He started his career at WHAG, in Hagerstown, Md., where he captured his first Edward R. Murrow Award. He is a 2003 graduate of Ohio University’s E.W. Scripps School of Journalism.

Not only does Shawn cover the Ravens, Orioles, Terps and all of the Baltimore area’s other professional and college teams, he is also always searching for the best sports stories from our local communities.

Growing up as a sports fan in Bowie, Shawn was passionate about the O’s and Terrapins, but his biggest love was (and still is) hockey. He played for Bowie Hockey Club and Bowie High School while relentlessly cheering for the Washington Capitals.

Shawn is married with two daughters.