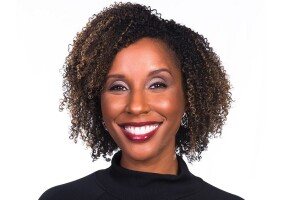 A native Wisconsinite, Elsa M. is proud to call Maryland “home” and has completely fallen in love with all the state has to offer!

Prior to her move, Elsa was a TV Reporter/Anchor for ABC, 13 WHAM News, and co-host of the highest-rated morning show in the Rochester, NY market: “The Wake-Up Club” on 103.9 WDKX. She also was a reporter for WDRB, FOX 41 News in Louisville, KY, and R News in Rochester, NY. Upon moving to the DMV, Elsa co-created and co-hosted “The Intersection” - a live-streamed, studio-produced web show and podcast out of Washington, D.C. with her friend and fellow host Jeff Johnson of BET.

Elsa has been honored numerous times throughout her career, receiving several awards and distinctions, including earning an Edward R. Murrow Award for Excellence in Spot News, three Emmy nominations for hosting, winning The National Press Foundation’s “Why Journalism Matters” competition, and accepting The Ralph O. Nafziger Award from the University of Wisconsin-Madison for Excellence in Journalism within 10 years of graduation (GO BADGERS!). She was also named one of the “40 Ethiopians Under 40 Changing the World” by Addis Life Magazine, one of ‘her’ Magazine’s Top 10 Women to Watch, and one of The Democrat and Chronicle’s Top Emerging African American Leaders.

In her spare time, Elsa loves working out on her Peloton each morning, trying out new vegan restaurants and recipes, painting, reading, and catching up on - you guessed it - lifestyle TV Shows!