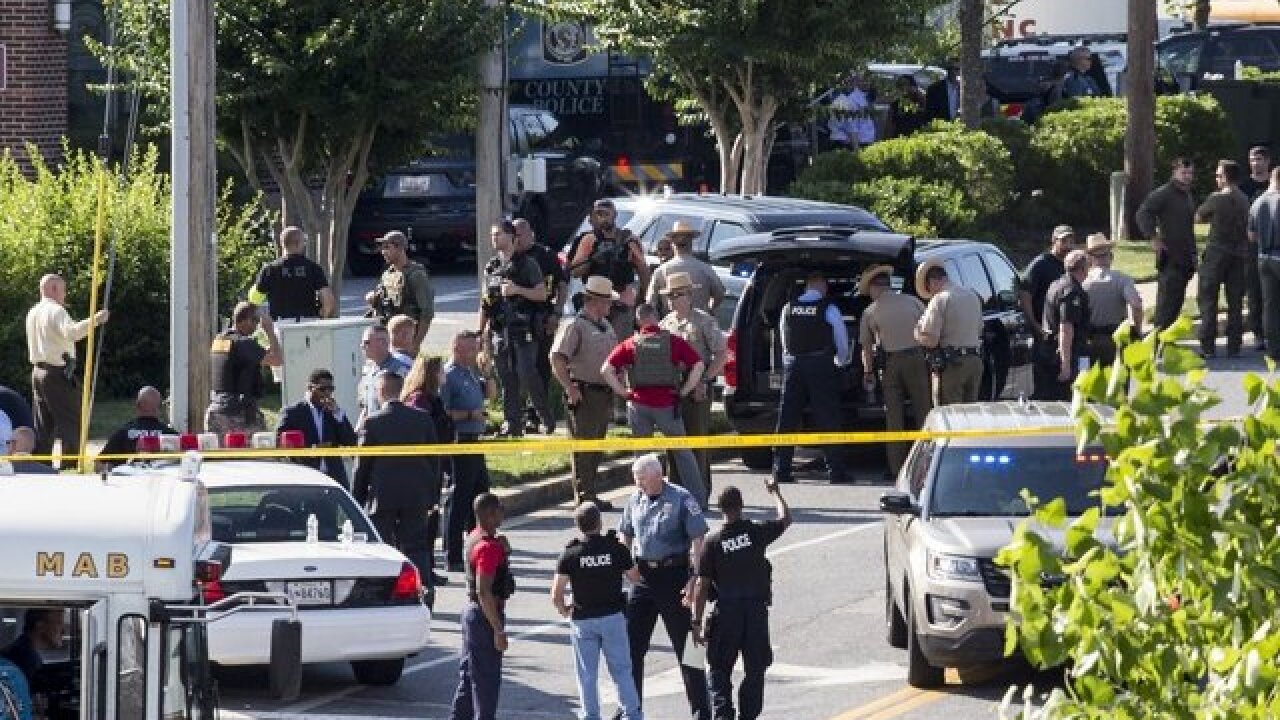 The man arrested for killing five people at the Capital Gazette in Annapolis allegedly sent threatening letters before his shooting rampage.

A spokesman with the Anne Arundel County Police, Mark Limanksy, said Jarrod Ramos sent three letters before last week's shooting to the Baltimore Circuit Court, Maryland's Court of Special Appeals, and a law firm in Baltimore which asked to not be named.

Limanksy said the letters were threatening, aggressive, and mirrored the social media rants from long ago. No other information about the letters can be released at this time because they are evidence and part of the ongoing investigation.

Ramos was arrested last Thursday after he walked into the Capital Gazette with a long gun and then shot and killed five employees.

READ MORE: Police: Suspect was there to kill as many as he could at Capital Gazette

A community begins to heal after devastating tragedy