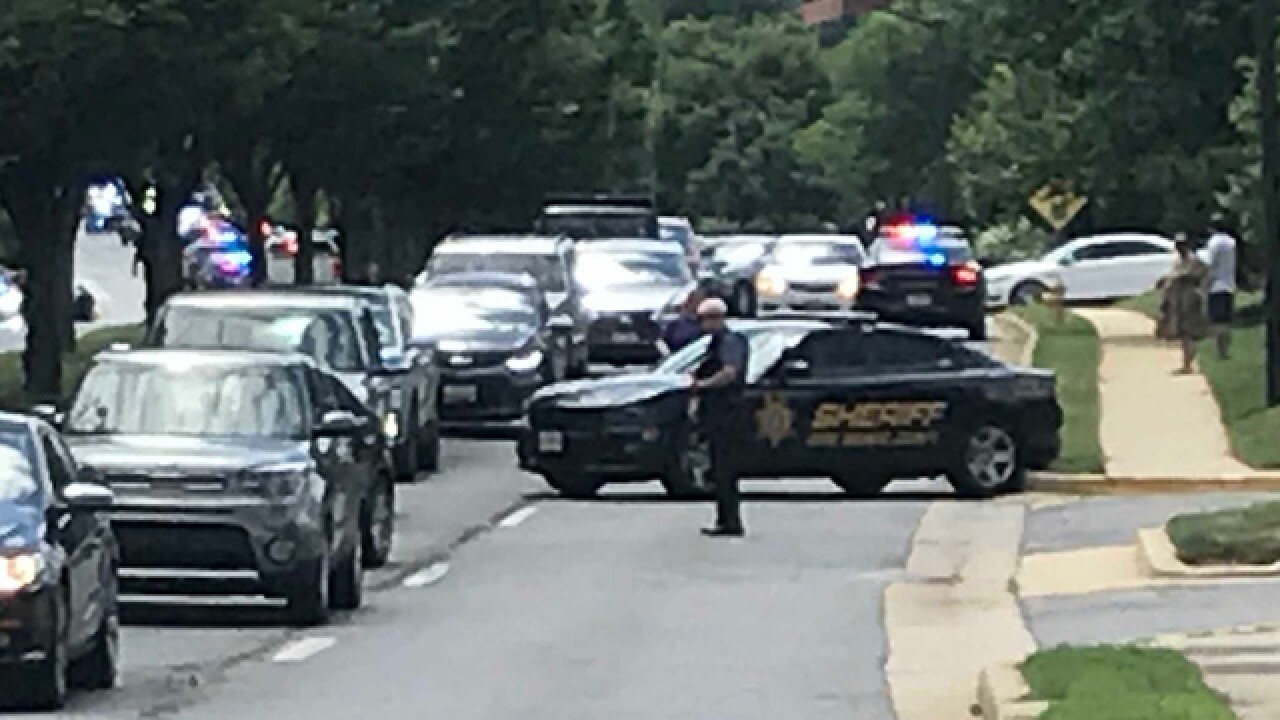 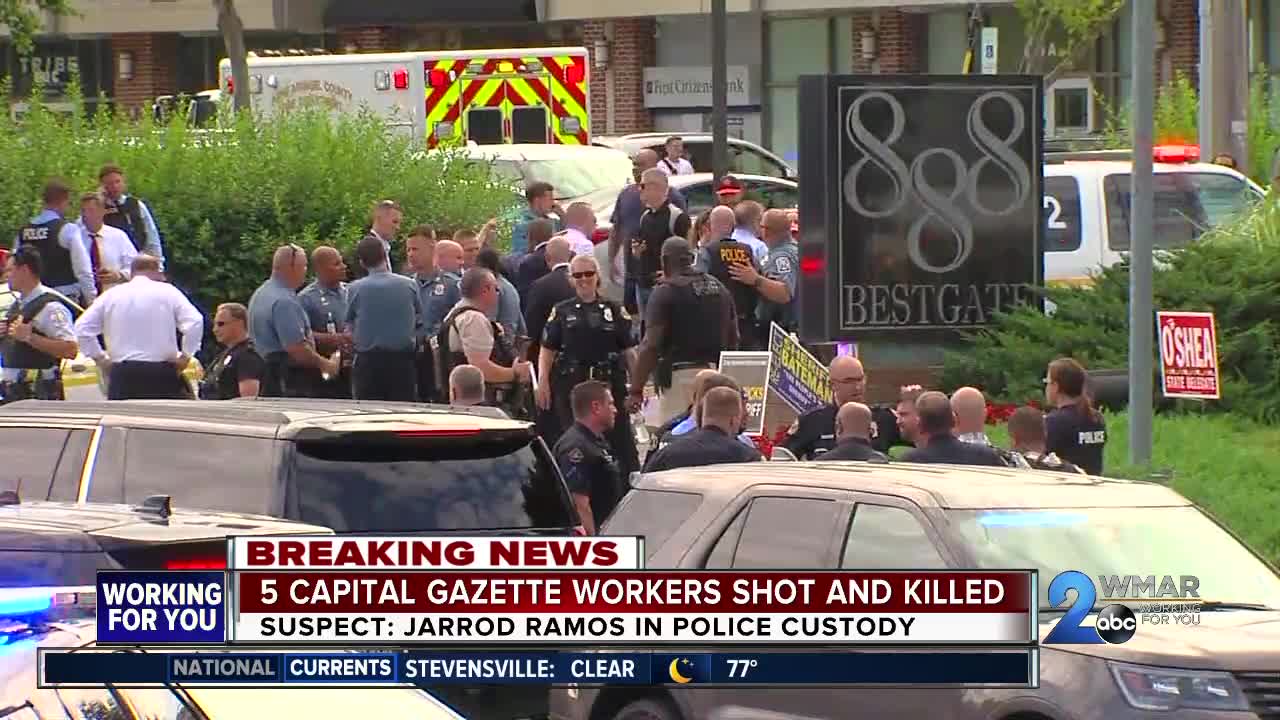 The shooting happened in a building at 888 Bestgate Road in Annapolis, Md. That location houses the Capital Gazette Newspaper.

One shooter is in custody, said Lt. Ryan Frashure, the Public Information Officer for the Anne Arundel County Police. That suspect is currently at the department's Crownsville, Md. facility where was questioned.

Reportable clarification: ABC News updated information that was miscommunicated. "We are now told that there was not a problem with the suspect's fingers but a problem with a machine that made it initially difficult to identify the suspect through fingerprints, according to a local law enforcement official," ABC News said.

Police believe they recovered what is thought to be an "explosive device," which has been "taken care of," said Krampf, according to ABC News.

"We anticipate this being a very long, very detailed investigation," Frashure said.

"The building is secure from a tactile standpoint, that means we believe there are no other shooters in the building," said Bill Krampf, the department's acting police chief.

Frashure said 10 allied agencies including ATF agents, Maryland State Police, and Anne Arundel County Police have all responded to the scene. He gave credit to the extensive training law enforcement and other agencies receive across the country, making it much easier for agencies to coordinate and communicate with the same familiarity in situations like this.

Officers responded to the scene within one to two minutes, police said.

“Our officers were on the scene very, very quickly," Frashure said. "They did engage the subject and that is when he was taken into custody.”

“They were on the scene in about 60 seconds," he said in a subsequent press conference. "Beyond that, they went immediately into the building without a moment's hesitation."

Police say the building was evacuated. The Lord and Taylor in the mall will serve as a relocation point. More than 170 individuals were escorted out safely, Krampf said.

"The Family Reunification Point at the Lord & Taylor loading dock area is still being utilized," the Annapolis Office of Emergency Management tweeted. "A phone line has been established for family and friends seeking information regarding the incident at 410-768-5522."

Phil Davis, the courts and crime reporter for the Capital Gazette, posted a stream of tweets describing the situation.

ALSO READ: Gazette staffers recount and cover the shooting from inside and out.

"A single shooter shot multiple people at my office, some of whom are dead," Davis said in his first Tweet.

"Gunman shoot through the glass door to the office and opened fire on multiple employees. Can't say much more and don't want to declare anyone dead, but it's bad," read his second tweet.

"There is nothing more terrifying than hearing multiple people get shot while you're hiding under your desk and then hear the gunman reload," read Davis' next tweet.

I mean you just immediately go into panic mode, you don’t know why they are there or who they are going after, if it’s random, if it’s a family or domestic dispute, or what have you. So you just try to get yourself out of it and then you Starr hearing that he is making his way up the hall, or up the alleyway, whatever you want to call it, that runs into the put of desks in our office, just trying to stay quiet, hoping the glow of my computer screen didn’t point out the fact that I’m hiding under my desk hoping that the various buzzings on my phone didn’t give out my position and have him find out where I was. At some point when I was listening to him reload, are we all going to die? It’s not necessarily is he done, its is he going to leave until everyone in here is dead?

ALSO READ: Officials weigh in on the Annapolis shooting

"Absolutely devastated to learn of this tragedy in Annapolis. I am in contact with County Executive Steve Schuh, and @MDSP is on the scene assisting @AACOPD. Please, heed all warnings and stay away from the area. Praying for those at the scene and for our community."