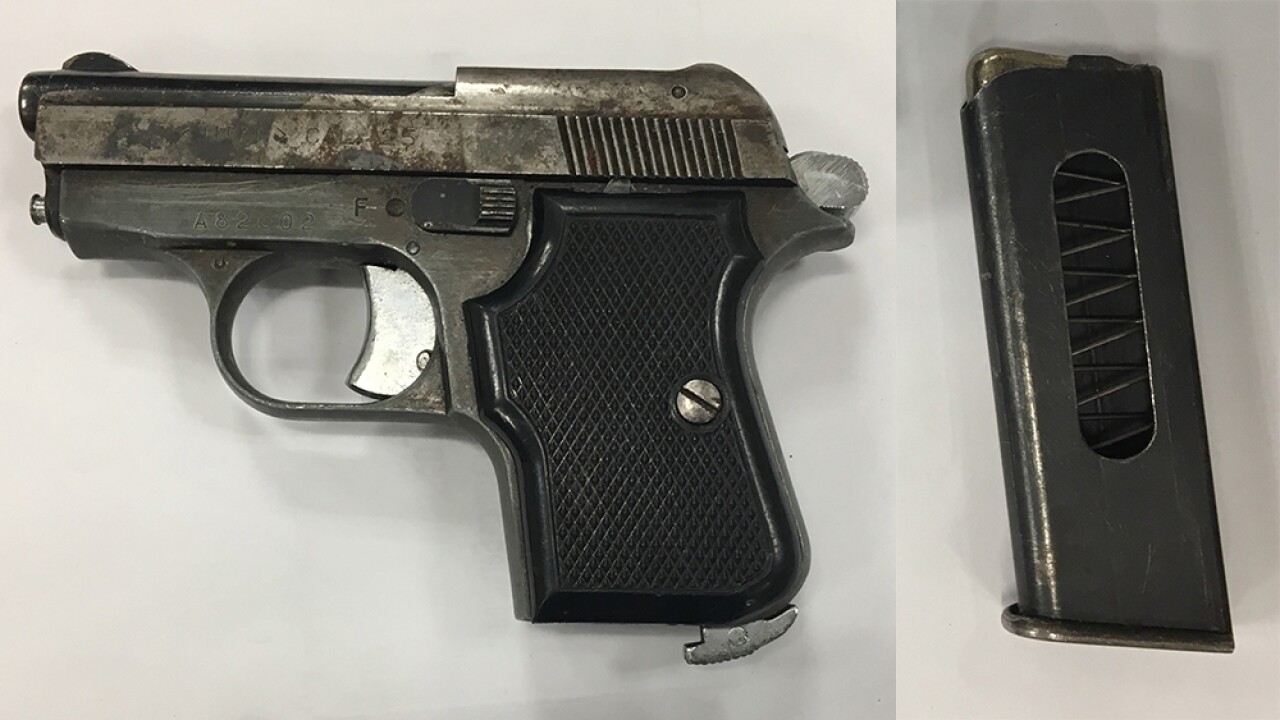 courtesy of the TSA.
TSA agents found a loaded handgun in a Baltimore man&#39;s luggage Tuesday, marking the 18th gun of the year and fourth of the month.

LINTHICUM, Md. — An unsettling trend continues at Baltimore-Washington Thurgood Marshall Airport as Transportation Security Administration agents found their fifth gun in a little more than a month in a passenger’s luggage, marking the 18th such weapon found this year.

Tuesday, a Baltimore man was found with a .25 caliber handgun loaded with seven bullets in his luggage as he passed through a TSA security checkpoint, the TSA said. The gun was spotted as the man’s bags passed through an X-ray machine.

The man said he forgot the gun was in his luggage. Maryland Transportation Authority Police were called to the checkpoint to confiscated the gun and detain the man for questioning. He was cited on weapons charges but allowed to catch his flight.

The airport is well ahead of its 2018 pace in regards to finding weapons. Last year 22 guns were found on passengers as they passed through checkpoints, a slight decrease from the 26 firearms confiscated in 2017. Nationally, airports saw a 7 percent increase in firearms found in checked baggage in 2018 compared to the prior year, with 4,239 such weapons being confiscated, 34 percent of which had a bullet in the chamber.