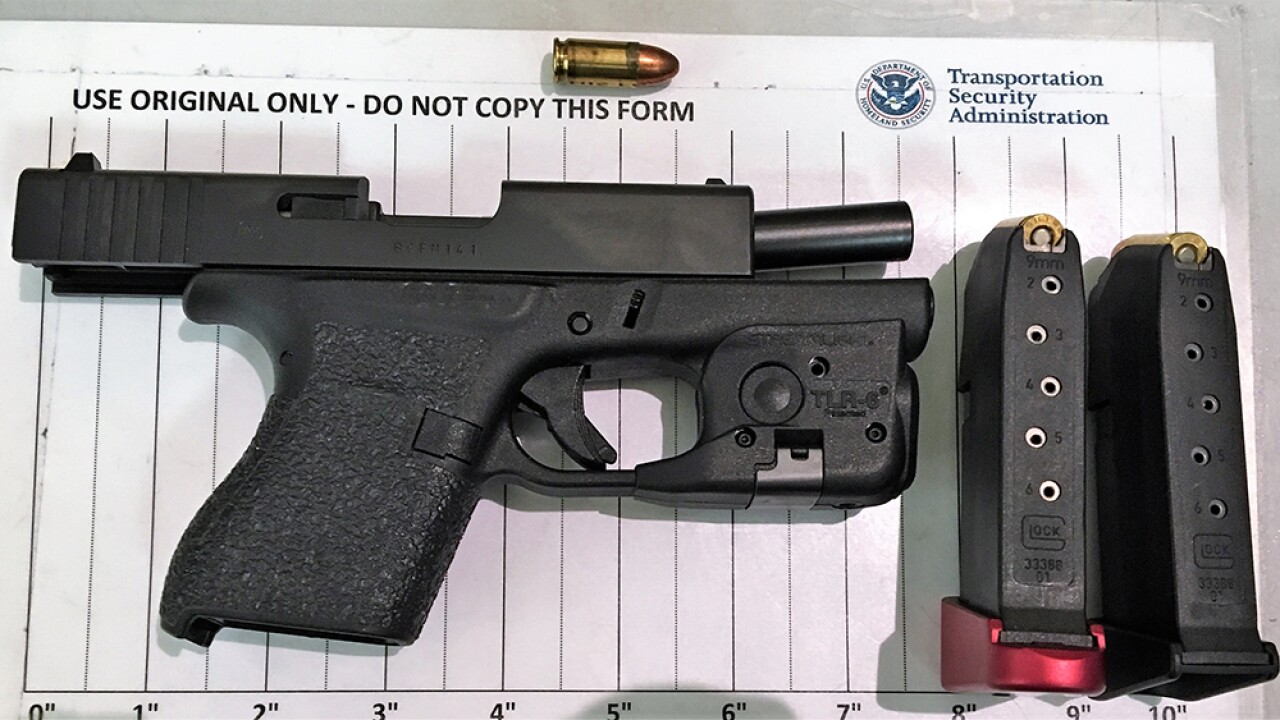 courtesy of the Transportation Security Administration
A Pasadena man was caught with a gun in his carry on luggage while going through a TSA checkpoint at BWI.

LINTHICUM, Md. — A day after a Glen Burnie woman was caught bringing a loaded gun through airport security, another Anne Arundel County resident was stopped at a BWI security checkpoint Friday after a loaded handgun was found in his luggage, the Transportation Security Administration said in a statement.

TSA agents discovered a 9mm handgun loaded with seven bullets, including one in the chamber, and a spare magazine of another seven bullets in the carry-on luggage of a 23-year-old Pasadena man as it went through a security checkpoint X-ray machine, the TSA said in a statement. Maryland Transportation Authority Police responded, confiscating the weapon and detaining the man for questioning.

The gun is the 13th such weapon caught by TSA at the airport so far in 2019, setting BWI on a pace of more than 30 guns to be recovered this year, well ahead of the 22 guns found among passengers in 2018.

Nationally, the confiscation of weapons at airports increased by 7 percent from 2018 to 2019, with 3,957 total weapons discovered, 34 percent of those with bullets in chambers, TSA said.

Anyone caught bringing a weapon through a security checkpoint a is subject to criminal charges. Even if a traveler has a concealed weapons permit, guns are not allowed onto planes in carry-on bags.