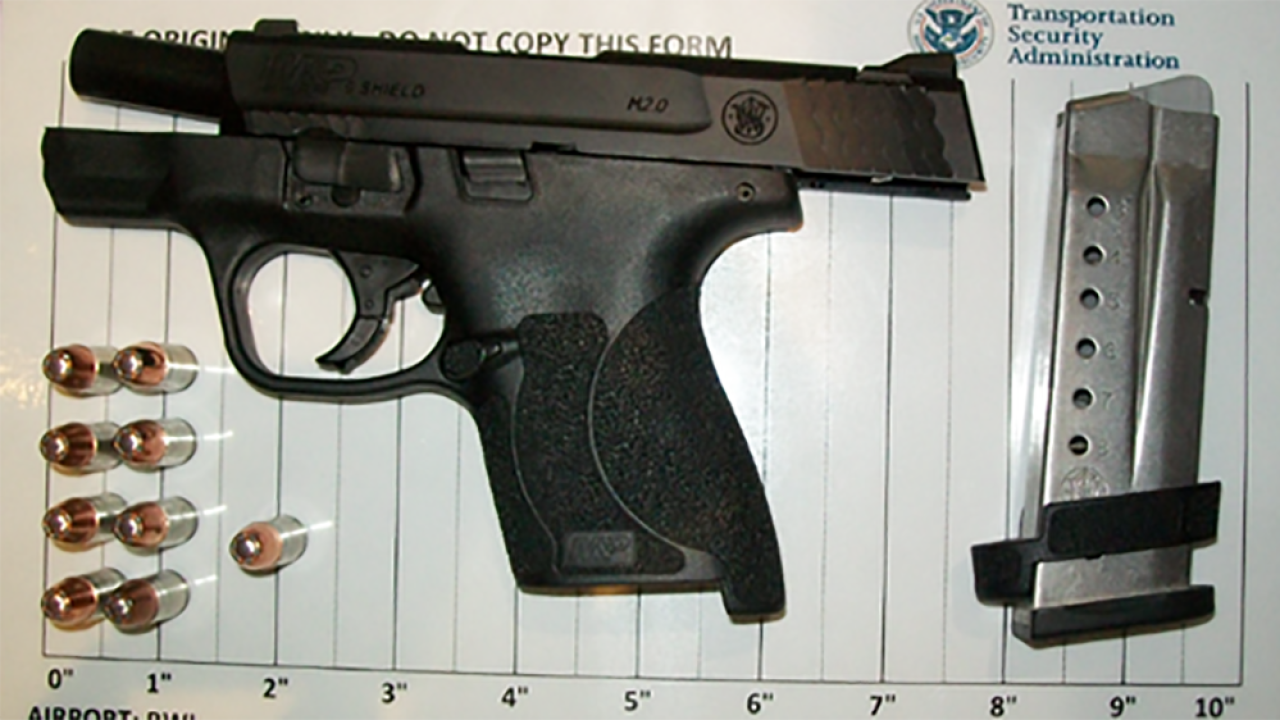 TSA
TSA officers found the 16th gun of the year at a BWI checkpoint, well ahead of last year&#39;s pace.

The weapon marks the 16th firearm confiscated from a traveler in 2019, putting the airport well ahead of last year’s pace, in which 22 guns were found in all of 2018. Nationally, TSA officials saw a 7 percent increase in the number of firearms found in the possession of airport passengers in 2018, with 4,239 such seizures.

On Saturday, TSA officers discovered a 9mm semi-automatic handgun in the luggage of a Davidson man. The gun was spotted while the man’s luggage went through an X-ray machine at a security checkpoint at BWI. The gun was found to be loaded, including a round in the chamber. The man said he forgot the gun was in his baggage.

TSA officers called the Maryland Transportation Authority Police, who arrived at the gate to confiscate the weapon and detain the man for questioning. He was cited on weapons charges but allowed to catch his flight.