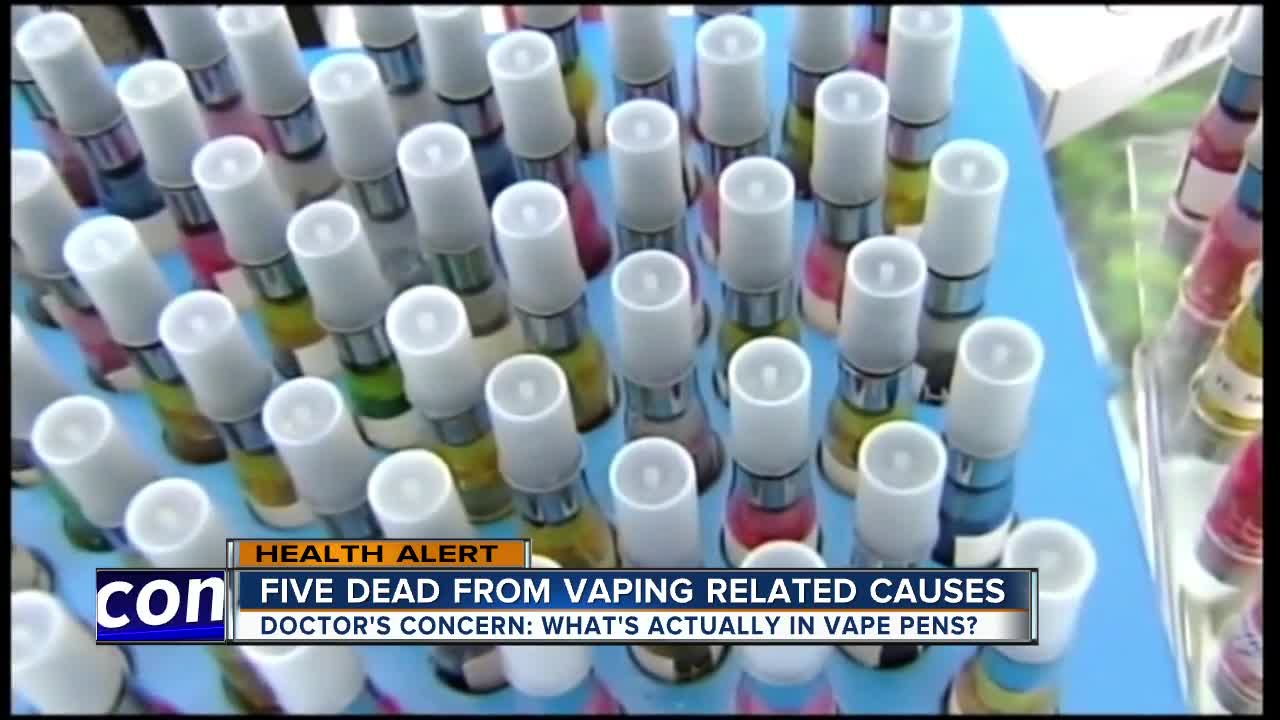 Federal health officials are reporting the number of people sick with severe lung illness, linked to vaping, has more than doubled to 450 possible cases across the country.

Dr. Linda Barr, who works at St. Joseph's Medical Center in Pulmonary Critical Care Medicine, said the most concerning part about vaping is we don't know what's in the vaping solutions.

"I think the issue with the pulmonary toxicity and other toxicity is due to some sort of street medication or street drug. We know that there are Marijuana constituents in this vaping situation and there’s also some sort of blood thinner in this vaping solution so people are people are bleeding from it. The question is what else is in there causing all these pulmonary toxicity? People have isolated oils in the lungs of people who have pulmonary toxicity and it’s not clear what that is or where that's from but oil are very bad for your lungs," said Dr. Barr. "Over the past week, there's been reports Vitamin E is in this vaping solution. Vitamin E is something you can use on skin and you can swallow but no body knows what it does to your lungs if you inhale it and that may be part of the problem."

She said right now no one knows the permanent damage this vaping solution causes to the lungs or how the 'second hand' smoke impacts others around vape users.

Dr. Barr said the most frustrating thing is that these lung issues can be easily prevented. However, now they are becoming more common because vaping is more popular especially with young people.

There are many flavors with vaping. Dr. Barr said a chemical in vape flavors that is a known toxicity agent which causes lung infection.