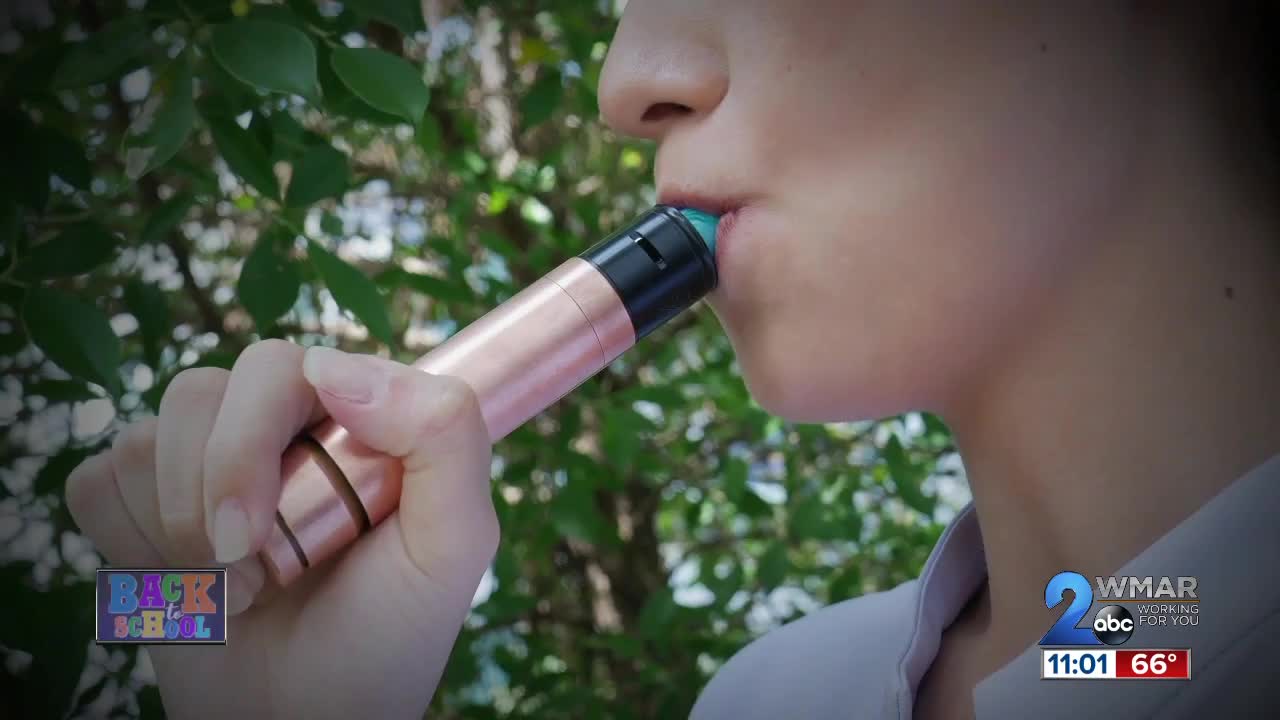 BALTIMORE, Md. — Using e-cigarettes, also known as vaping is causing people to get sick in more than 20 states.

According to the CDC, vaping is linked to a death in Illinois and the Maryland Department of Health is investigating five cases of severe lung illness in the last two months related to vaping.

Fran Phillips, Deputy Secretary of the Maryland Department of Public Health said that in all of those cases the people were hospitalized and a history of vaping was the one common factor.

“We don’t know all the chemicals that are in these vaping products,” Phillips said. “We also don’t know the device itself. We’ve seen studies that the heating element emits little particles. There’s an awful lot to know here.”

Liz Walsh at 529 Vapes in Fells Point explained what is in vapes when you get them from a reputable store.

“It’s basically vegetable glycerin that has nicotine added to it,” said Walsh. “You just put it into your vape and the coil inside of the vape, which is basically just cotton and wire or cotton and mesh. Depending on the vape, it’s going to process it and that is how the vapor is created and you will vape it.”

Walsh said people can get sick when they don't go into vape shops and talk with the people that know the product.

She said when people come into stores the employees can suggest nicotine levels and style, and you know that the vendors are vetted.

“A lot of cartridges off the streets can even be laced with things,” Walsh said. “You might think that you’re just getting a THC cartridge or just a CBD cartridge and you’re actually getting some other chemicals in there and those chemicals can be really harmful to you.”

“Shortness of breath, difficulty breathing that gets worse and worse and worse,” Phillips said. “Sometimes people have a lot of pain in their chest associated with breathing.”

For free help to stop using these devices or any tobacco product, call 1-800-QUIT-NOW.