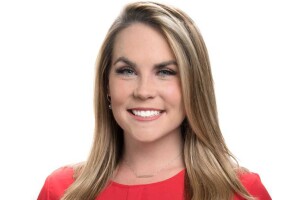 Erin MacPherson is excited to be part of the WMAR-2 News and pumped to be back in her hometown. She grew up in Bel Air and graduated from Maryvale Preparatory School in 2008 before heading off to college at West Virginia Wesleyan on soccer, theater and academic scholarships. While in college, she led her soccer team to three consecutive DII championships and landed lead theatrical roles such as Anne Frank in the Diary of Anne Frank.

She started her news career in Bridgeport, West Virginia where she was a reporter/anchor and continued her career in the same role in Myrtle Beach, South Carolina. Then she just kept on moving south and ended up in West Palm Beach, Florida covering the Treasure Coast. Over the years, she’s covered several hurricanes in the field as well as national stories. Just last year, she covered the federal trial for the widow of the Pulse Night Club massacre and was the only local media to spend Thanksgiving with President Donald Trump in Mar-a-lago.

When she’s not at work, Erin is typically doing something outdoorsy, exercising/lifting or watching superhero shows. She has a pretty extensive mug collection and an obsession with scones (please let her know of any recommendations).

Erin is a driven, hard-working person focused on working for you. Her passion comes from years of being active in every community she’s lived in. Now, she’s pleased to be able to serve the people in the place she loves most. If you see her out and about stop and say hello! You can also follow her on twitter (@erintvnews) or Facebook (https://www.facebook.com/Erin-MacPherson-827598410654698/) and please send any story ideas to erin.macpherson@wmar.com.