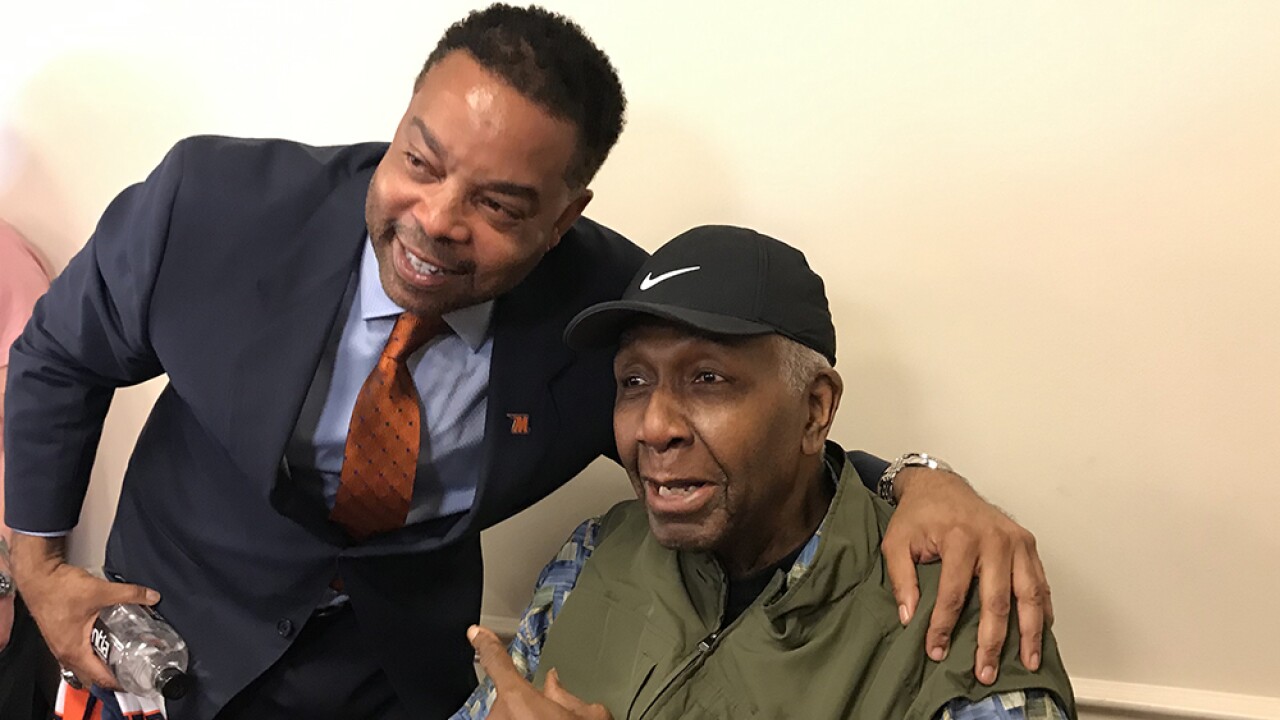 After serving as an assistant at the University of Maryland, Kevin Broadus is taking over the men&#39;s basketball program at Morgan State.

BALTIMORE — On the Sidelines with Shawn Stepner is a podcast focused on what makes sports figures from Baltimore and Maryland tick, from life in the game to life away from the field, court or ice.

He’s coached for several Maryland and D.C. Division I programs over his career as an assistant, including the past two seasons with the Maryland Terrapins. Now he takes over the Bears' program looking to rebound from some disappointing seasons.

Which basketball Hall-of-Famer called him during the podcast?

What type of player does he see Bruno Fernando being in the NBA?

Find out his link to the great Len Bias, his relationship with the Thompson family (of Georgetown fame) and how he plans to recruit the best of Baltimore.

Those topics and more are included in this wide-ranging conversation.

READ MORE: "On the Sidelines with Shawn Stepner" - Episode 4 - The Voice of the Capitals