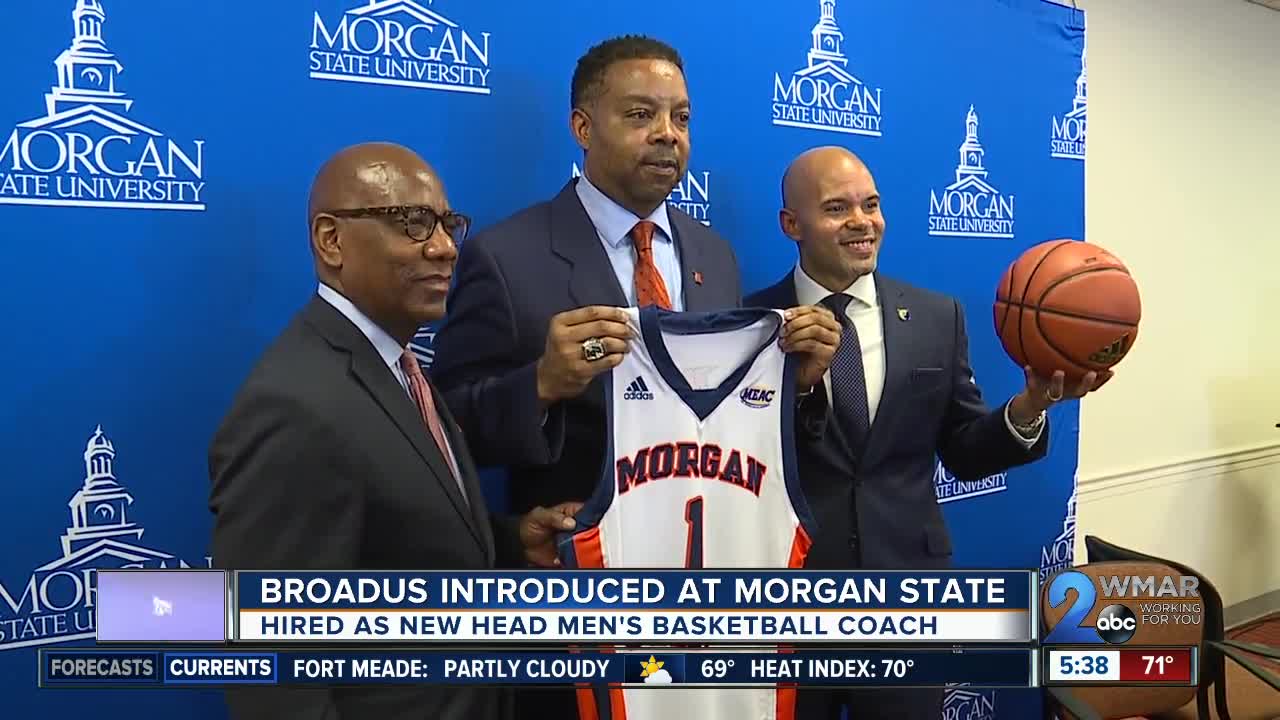 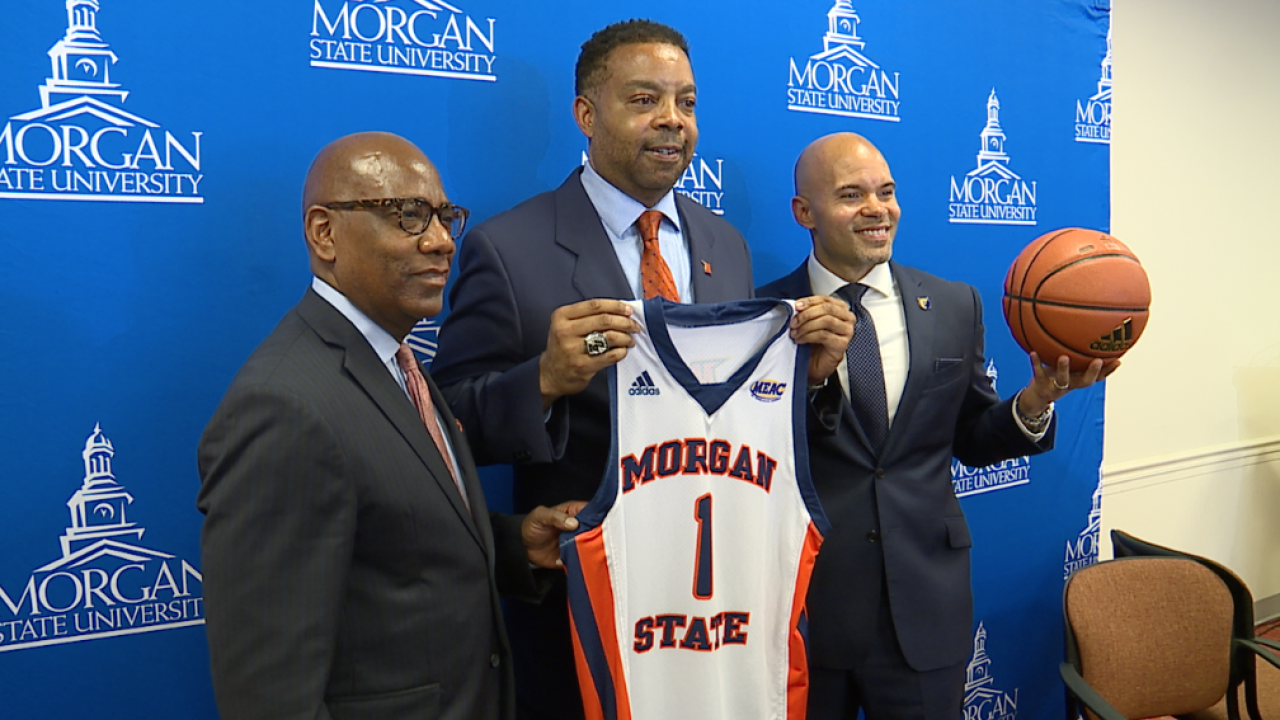 “They are starving again for a winner and that's what I'm here to do, to make this place a winner again,” he said.

The 55-year-old was introduced as the new head coach of the Bears on Monday. He comes to Morgan after spending the last two seasons as an assistant with the Maryland Terrapins.

“You're getting a guy that has been around programs that have won,” he said. “I'm here. I'm happy to be here and I want people to be happy that I'm here.”

So what type of team does Broadus hope to build?

“Up in your face defensive-minded team with a precision on offense.”

Broadus has been a college head coach once before, at Binghamton, from 2007-2009. He is a D.C. native and has been an assistant at several schools around the Washington metro area. He spent nine seasons at Georgetown. Legendary coach John Thompson Jr. said Broadus is like one of his sons.

“I think they (Morgan State) are getting somebody who has proven that he knows what he's doing,” said the longtime Hoyas head coach.

“Morgan isn't just getting Coach Broadus, they're getting a bunch of us,” added former Georgetown head coach John Thompson III. “He brings an army with him that are going to help and support him.”

That help and support is underway.

“It's a fun day, a happy day, but I know the work starts now,” said Broadus. “I'm ready to roll my sleeves up and get going and take this program into the next chapter.”