Ravens wrap up practices with Jaguars, look ahead to preseason opener 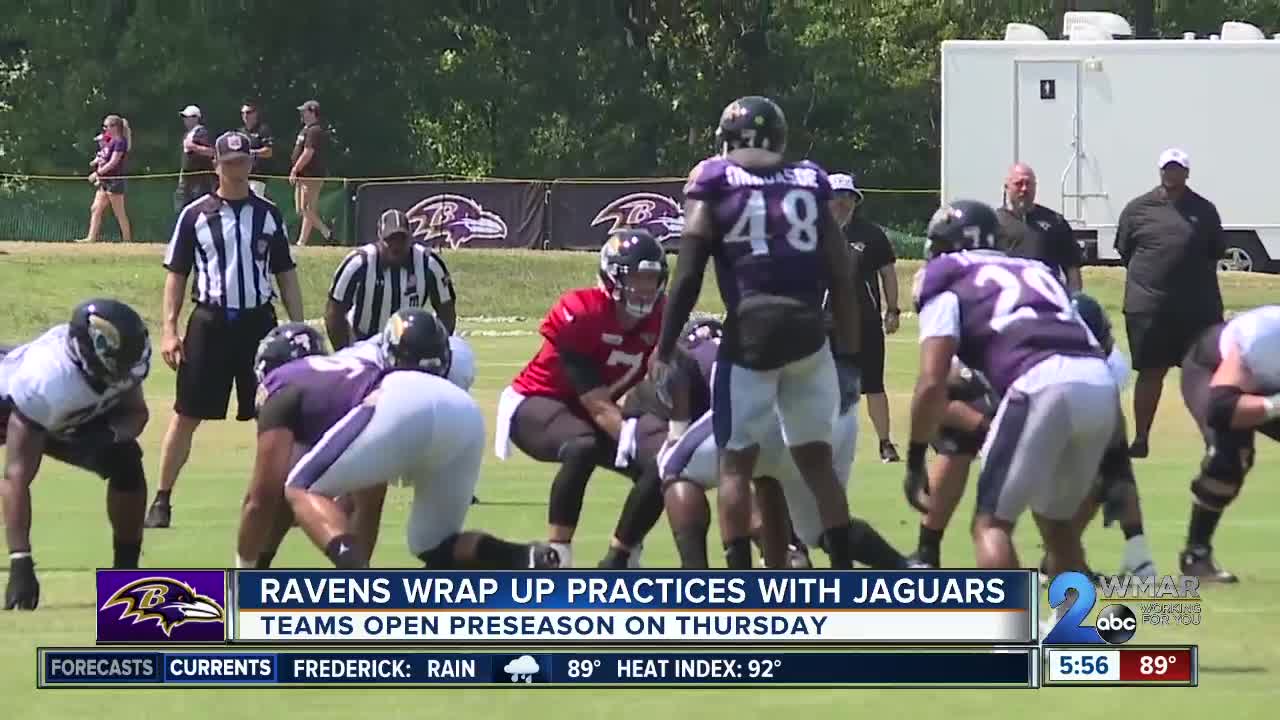 OWINGS MILLS, Md. — One last go-around with the opponent before the first dress rehearsal of 2019.

For the second consecutive day the Ravens held a joint practice with the Jacksonville Jaguars before the two teams play preseason game No. 1 on Thursday.

As opposed to Monday there were a couple of scrums after the whistle - some pushing and shoving during the portion of practice media is not permitted to record. Tempers flared but didn’t get out of hand.

“It’s not all sunshine and roses, right? It gets competitive out there, man,” said Harbaugh. “The fact that those things didn’t escalate - there were a couple guys talking - I think two plays the whole practice. Pretty quickly pulled them apart.”

“Maybe they’re doing a little more pushing, after the whistle, than necessary. But, we’re all out here trying to get better,” added Ravens defensive tackle Willie Henry.

Now it’s time to look ahead to game day.

We should see a lot of Miles Boykin. The rookie receiver has looked good during the first two weeks of camp. He has goals for game No. 1:

“Cutting down on mistakes in the playbook, being sound from a fundamental standpoint, and really just going out there the way I know how to play,” he said. “I’m not putting any pressure on myself.”

As for how much quarterback Lamar Jackson will play on Thursday, Harbaugh says the staff will talk about it on Tuesday night.

Here’s how the rest of the week shakes out for the Ravens: Wednesday’s walk-through is closed to the media before Thursday’s preseason opener. The Ravens and Jags kick off at 7:30 p.m. inside M&T Bank Stadium.