Ravens vying for No. 1 seed, visit Browns on Sunday 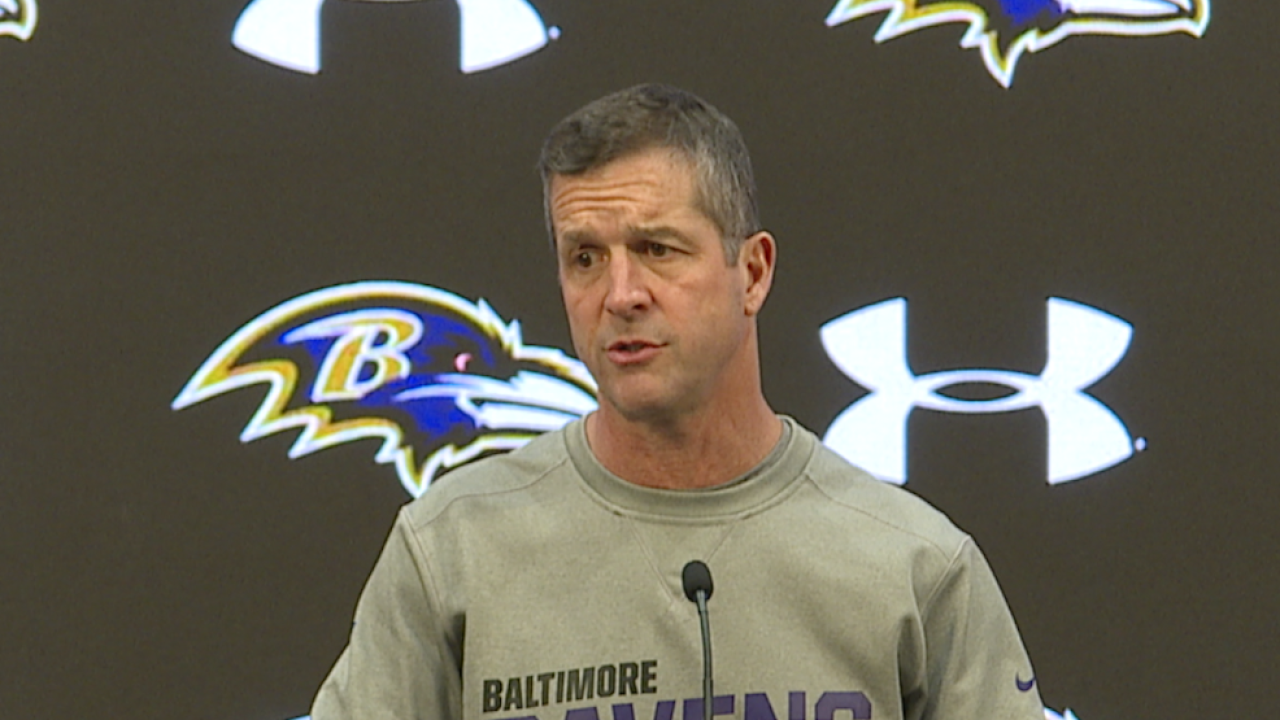 OWINGS MILLS, Md. — After clinching the AFC North Division title there’s still more for the Ravens to reach. They want that No. 1 seed and the home field advantage throughout the playoffs that comes with it.

Patriots and Chiefs losses on Sunday would have given the top seed to Baltimore. That didn’t happen. Now they can earn it with a win Sunday in Cleveland.

“We expect to have to do it ourselves. That’s what you expect to do,” said Head Coach John Harbaugh during his weekly Monday press conference. “You’re not sitting there counting on anybody to do anything for you. I think that’s the way it needs to be done. We plan on winning both the next two games.”

The penultimate contest of the regular season will come with some extra rest.

“Good family time for the coaches and players,” added Harbaugh. “Players have been away. They’ll be back in tomorrow and we’ll be on our normal week’s schedule starting tomorrow afternoon.”

After beating the Jets last Thursday the Ravens first goal was rehab.

“Definitely a positive. For us, for any team it’s a plus to get a little bit of time to get healed up and get rested up a little bit,” said Harbaugh. “We’ll have to come back and get sharp and make sure we practice really well and just get ready to play the game on Sunday.”

Between now and then the Pro Bowl Rosters will be announced. That will be on Tuesday night.