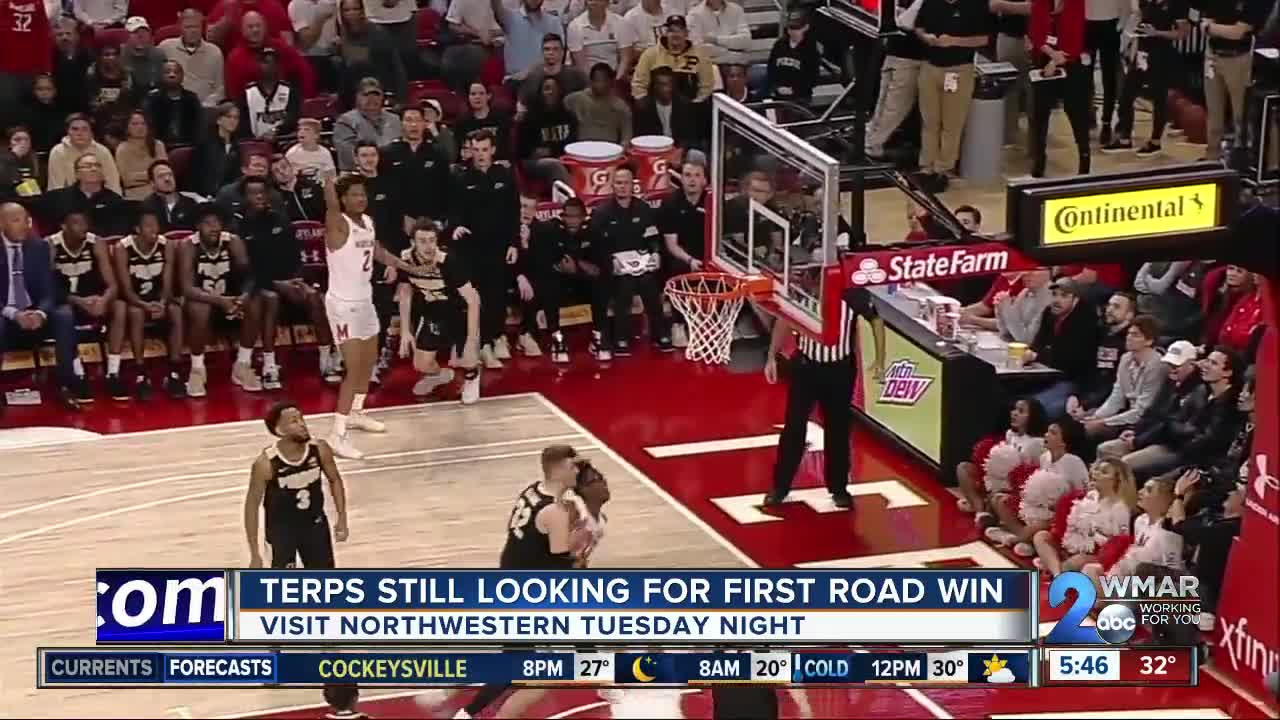 It has been Maryland’s main bugaboo: winning on the road.

COLLEGE PARK, Md. — It has been Maryland’s main bugaboo: winning on the road.

“You can’t really press about it but we definitely see it,” said guard Anthony Cowan. “We definitely notice it, that we haven’t won really on the road yet.”

The 17th-ranked Terps men's basketball team is 14-4 on the season. But they’re winless in true road games, going 0-4.

“We’ve been itching for a win now and everybody is just locked in and focused on making sure that we try to get that,” said forward Jalen Smith.

“You can’t panic. You just got to stay with it and keep trying to get better,” said Head Coach Mark Turgeon. “We were better on the road against Wisconsin. We’ve played well, in my mind, four out of our last five games.”

That latest road loss against the Badgers was a brutal 56-54 defeat. Maryland returned home on Saturday to beat Purdue 57-50.

What has plagued the Terps has been putting up points. Through seven Big Ten games they have the conference’s worst scoring offense. They are dead last with just 61.4 points per game. Turgeon sees things turning around.

Their next chance at improving and getting that elusive road ‘W’ comes Tuesday night at Northwestern (6-11, 1-6).

Suiting up for the opponents will be a familiar face for Baltimore sports fans who has traded in green for purple and now competes with considerably less padding.

The Davidsonville native is one of the best lacrosse players the game has ever seen. He stared at Boys’ Latin School before setting records at Loyola University. He won the Tewaaraton Award last year as the nation’s top college lacrosse player.

He’s using his fifth year of NCAA eligibility to play hoops at Northwestern.

“This Spencer kid is really doing a great job for them,” said Turgeon. “Tough kid. Obviously a heck of a lacrosse player and he’s turned into a really good Big Ten point guard, too. He has adjusted great. His toughness allows him to do it and he’s a very confident kid also.”