Parents of Jordan McNair speak out on Good Morning America 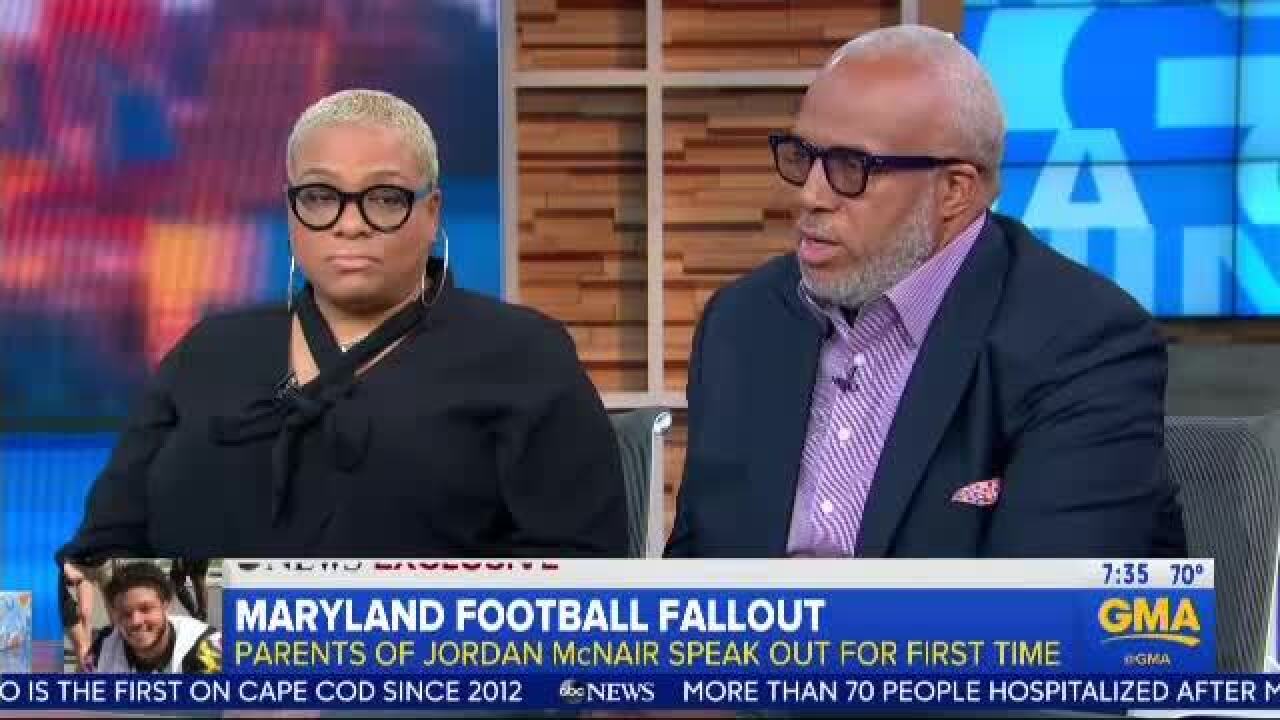 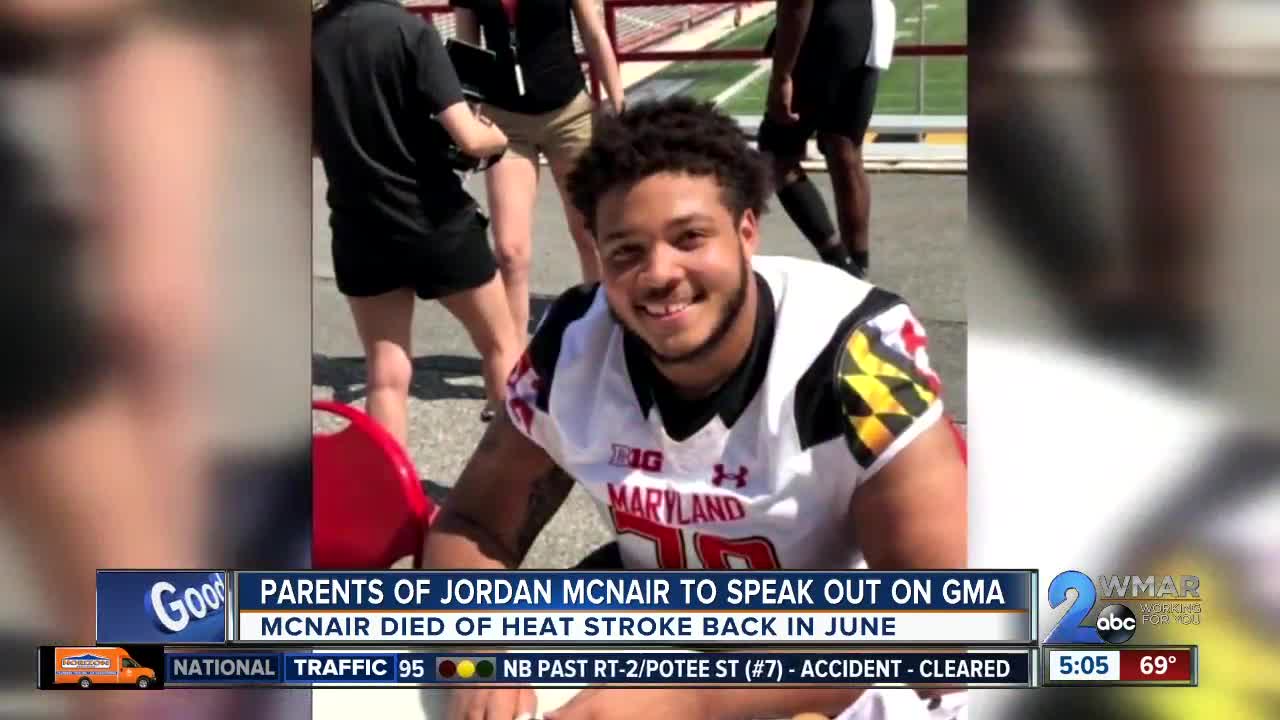 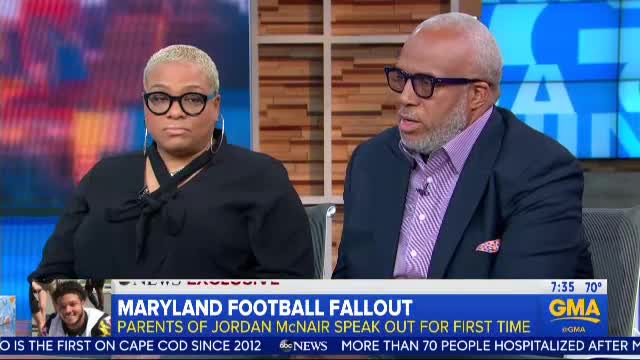 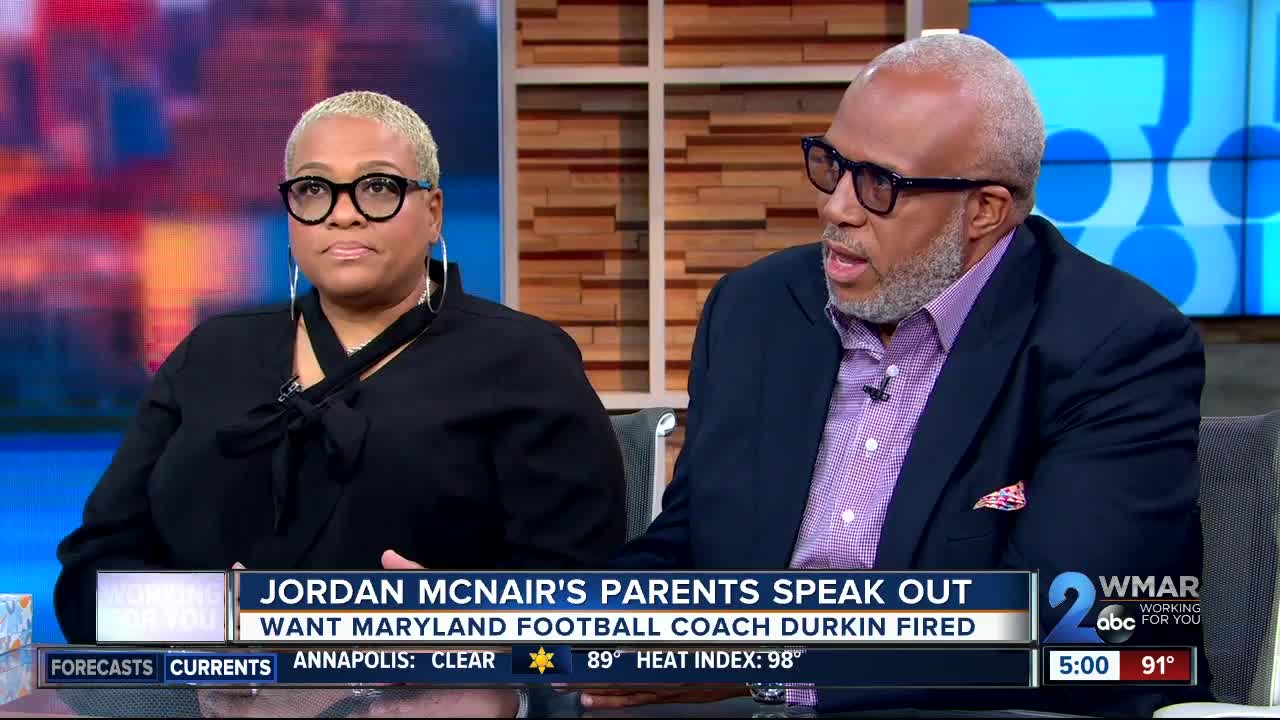 The parents of Jordan McNair spoke exclusively to ABC News about the loss of their son on Good Morning America Thursday morning.

Michael Strahan started the interview by asking McNair's parents, Tonya Wilson and Martin McNair, how they are holding up.

“Day by day, day by day, as best as I could hold up, as we both can hold up,” explained Tonya.

Martin then spoke about how there could have been more precautions and that Jordan never missed a practice or a game,

“Initially it was kinda hard to understand or wrap my mind around the severity of a heat stroke, which we initially didn’t know what it was.”

Strahan followed-up by asking if they believe there was a toxic culture in Maryland football. Tonya replied by saying if there was, she blames that for the death of her son.

Their lawyer said he does not doubt there is a toxic culture at the college, and that exact culture is what led the coaches to push beyond what Jordan's body could handle. He said it pushed them to think that Jordan was just exhausted as his body was failing.

The assistant coach running that specific practice resigned, so Strahan then asked the family if the head coach should also resign.

"Yes, absolutely, he shouldn’t be able to work with anyone else’s kid," Martin explained. "You send your kid away to college for them to be developed into young people physically, emotionally, spiritually, and teach our young kids, our young people we have worked so hard to get there, ‘Hey I’m giving my child to you, keep them safe'. And they did anything but that. So he should be fired.”

McNair's parents have started a foundation in their son's honor, to educate players, parents, and coaches about heat-related illnesses, bullying, and what a student athlete's body can handle.

“This particular injury isn’t something that just happened to Jordan, this happens all the time,” Martin said in his final statement.

If you want to donate or learn more information about the foundation, click here.