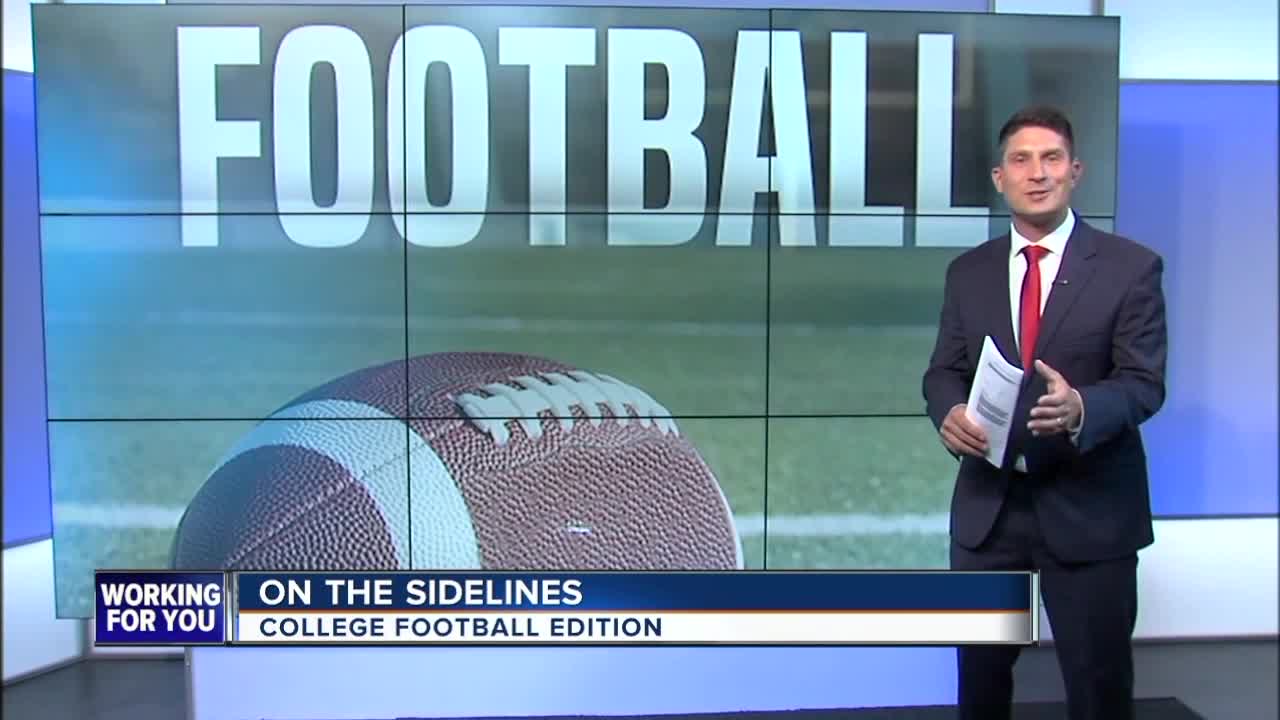 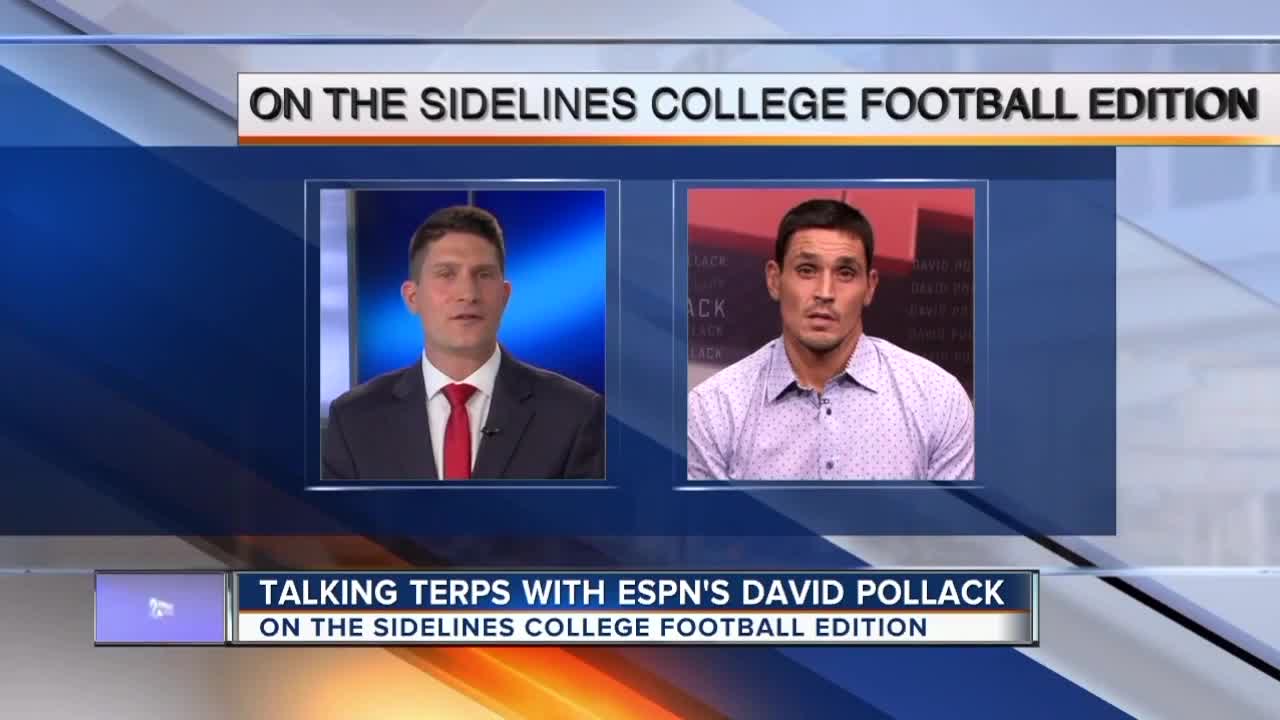 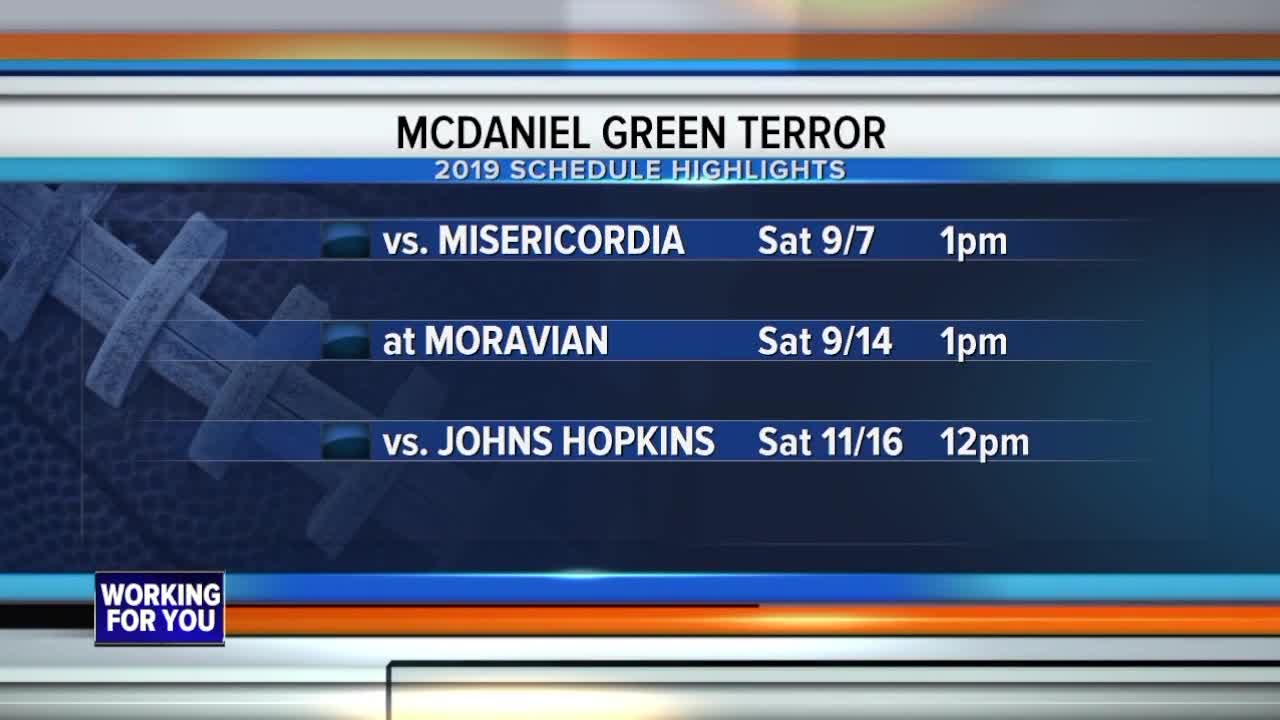 BALTIMORE, Md. — The college football season is underway. The Maryland Terrapins began their 2019 campaign on Saturday with a record setting 79-0 win over Howard in Mike Locksley’s debut as head coach.

“It’s important to make a great first impression on our fan base with the type of football that we want to play and that we expect to play throughout the course of the year,” said Locksley.

Josh Jackson started at quarterback for Maryland. The transfer from Virginia Tech started all 13 games for the Hokies two years ago.

How excited do Terps fans have a right to be that Josh Jackson is going to provide something at the quarterback position that this program has not seen in such a long time?

“Yeah, it’s been a while. I think 2014 when C.J. Brown was able to get through the full season and put up some really good numbers in this system, since we’ve had the ability to be stabilized at the QB position,” said Locksley. “I think with Josh, and the fact that he has a toolbox of experience though at Virginia Tech, now in our system here at Maryland I think our fans have a reason to be excited.”

Over in Annapolis, coming off his worst season at 3-10 last year, coach Ken Niumatalolo led Navy to a 45-7 landslide victory over Holy Cross on Saturday.

Niumatalolo said 2019 could produce his best team yet.

Why such high expectations?

“Just everything I’ve seen. Just all the stuff that I’ve seen as far as our work from January. I’ve seen our team bond,” he said. “I don’t know many things but I know a good football team when it’s coming together.”

Niumatalolo said he made mistakes last season that led to such a subpar record. One was using Malcolm Perry as quarterback and slot back. Perry returns to full time QB this season.

“It feels a lot better than last year to be honest,” said Perry. “Knowing that you have one solid job, knowing the importance of your job and being able to focus on that helps a lot going into the season.”

As for Towson, Head Coach Rob Ambrose and quarterback Tom Flacco opened the season Saturday, edging out a 28-21 victory at The Citadel.

Morgan State already has a game in the bag. New Head Coach Tyrone Wheatley and the Bears opened up on Thursday, at Bowling Green, where they were completely outmatched. Morgan lost 46-to-3.