A football Flacco remains in Baltimore 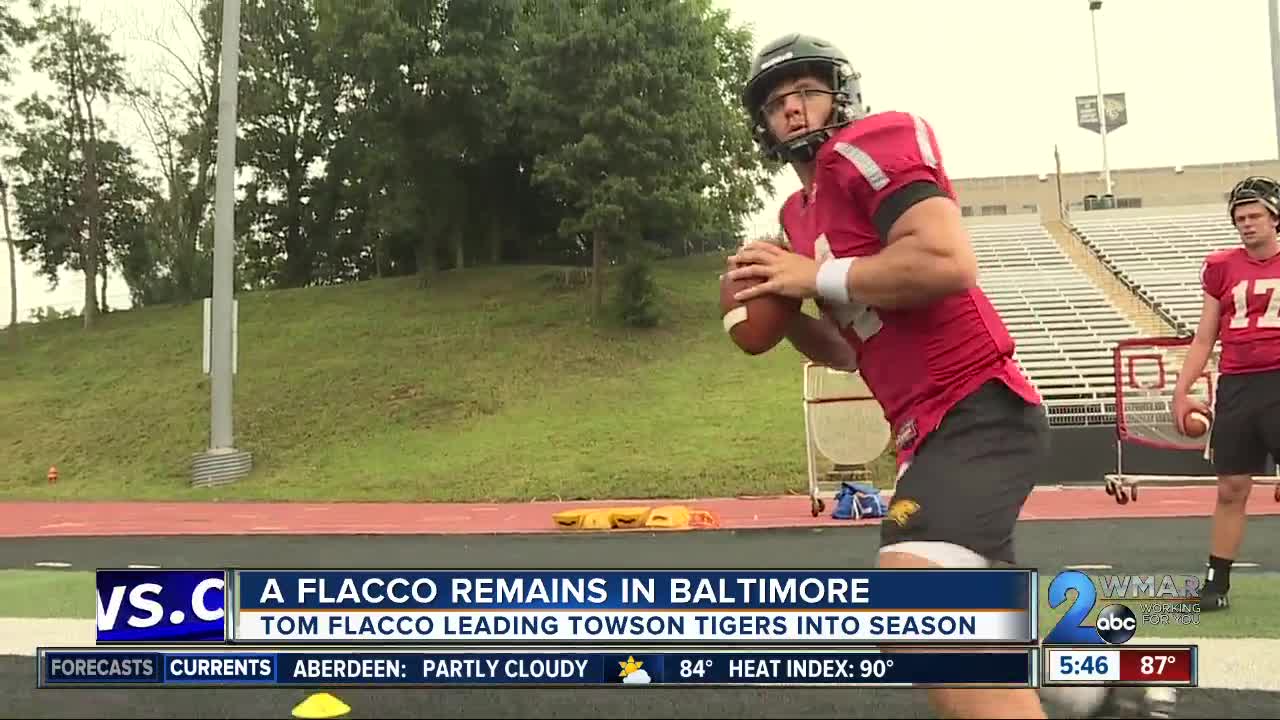 TOWSON, Md. — Joe Flacco may be gone, but there’s still a Flacco slinging footballs in Baltimore.

Former longtime Ravens quarterback Joe is now with the Broncos. His younger brother Tom is the quarterback at Towson University.

“It’s a little bit disappointing because I don’t get to see my nephews and Joe and my sister-in-law as much. But, I’m definitely excited for him to be in Denver. It’s pretty cool that he’s out there. I know he loves it,” said Tom Flacco. “Seeing him in those colors, it was weird the first couple times. I’m excited for Joe. Like I said, it’s something that he needed a new place and I think he found it.”

Towson’s excited to have Tom for another year.

The redshirt senior is entering his second season with the Tigers.

He burst onto the scene last year. He started all 12 games in 2018, leading Towson to a 7-5 record and a berth in the FCS playoffs.

Flacco was named the 2018 Colonial Athletic Association Offensive Player of the Year and earned the preseason version of the same award for 2019.

“As a team we have a lot more confidence in what we can do,” added Flacco. “This year we know what we’re capable of.”

Flacco’s offense will be the driving force behind the success of the Tigers this season. There will be a change on game day when it comes to that side of the ball. Ambrose takes over the play-calling from his brother Jared, who left to become the offensive coordinator at Delaware.

“I think anything less than what we did last year is going to be a disappointment for us. We’re a good offense. We’re a veteran offense. We’re pretty explosive,” said the head coach.

This will be the first time Rob Ambrose calls plays in six years. His Tigers are nationally ranked in the preseason for the first time in five years. They rank No. 11 in the country.

Towson’s season gets going on August 31 at The Citadel. Their first home game is on Saturday, September 7, inside Unitas Stadium against North Carolina Central.