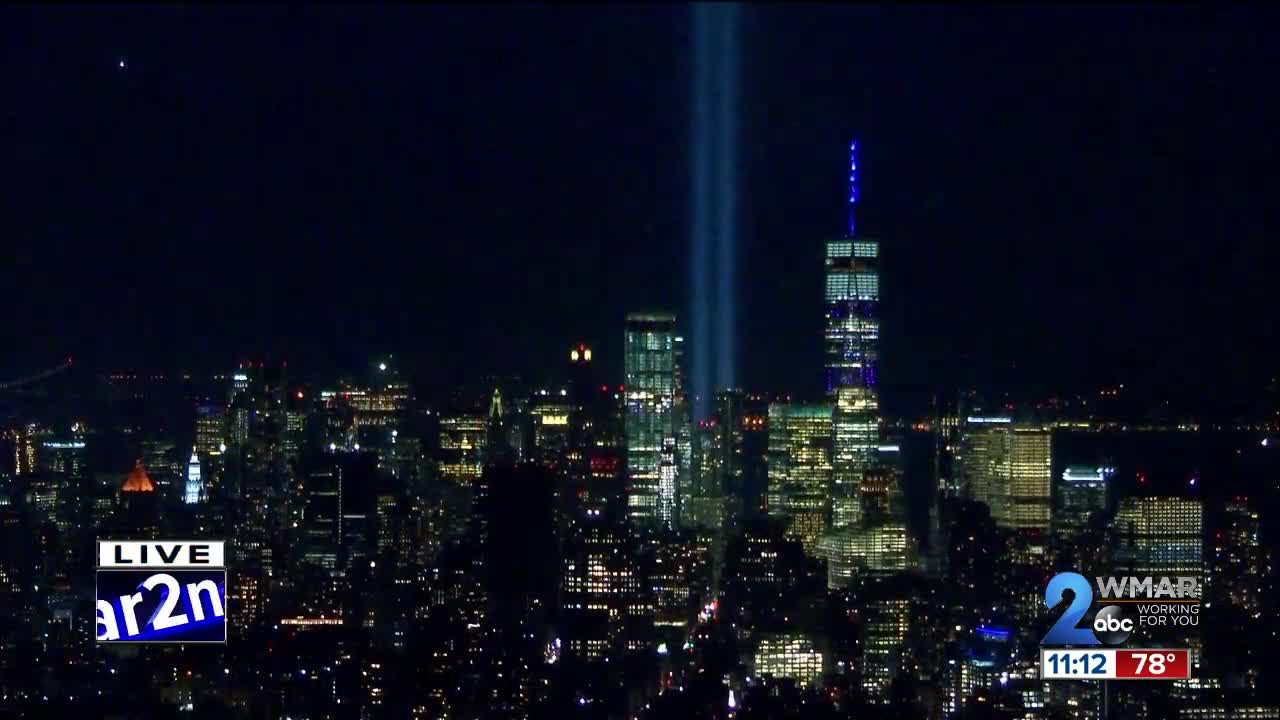 All day Wednesday there were ceremonies and tributes around the country to remember all the lives lost. The Hope and Peace Foundation hosted a Spirits in the Night Candlelight Vigil in Parkville to pay their respects.

READ MORE: Ceremony in Parkville remembers the heroes lost on 9/11

"Even 18 years later it's hard," said Chuck Ritz, the founder of Hope and Peace. "It’s the worst terrorist attack in our lifetime really on American soil. For those families and now first responders who worked on the pile are dying 18 years later so it's even just as important now as it was 18 years ago to honor those sacrifices and those lives lost."

He stressed holding events like this is just keeping the promise to never forget. At the ceremony he donated more than $7,000 to veteran an 9/11 organizations.

"By the events we do and the organizations we choose it’s letting these families know their loved one did not die in vein and the sacrifice they made especially on the battle field," Ritz said."They not only remember those who were killed on 9/11 but all the Marylanders killed in the war on terrorism since then."

They filled a hill with 151 flags to represent those people.

"The way I explain the pain is like having a hole in your heart that will never heal and it will never go away," said Geraldine Pepper, a Gold Star mother. Her son was killed in Afghanistan, five days after his 31st birthday. "When it first happened I wish I could have stood in front of him and taken his bullet for him. So people that are against the military and don’t wanna stand behind our soldiers then maybe they should stand in front of them and take their bullets."

The sacrifice recognized and their lights live on. The vigil ended in candlelight as you heard names of the fallen and bells of remembrance.