Steven Finch works with the homeless in Anne Arundel County 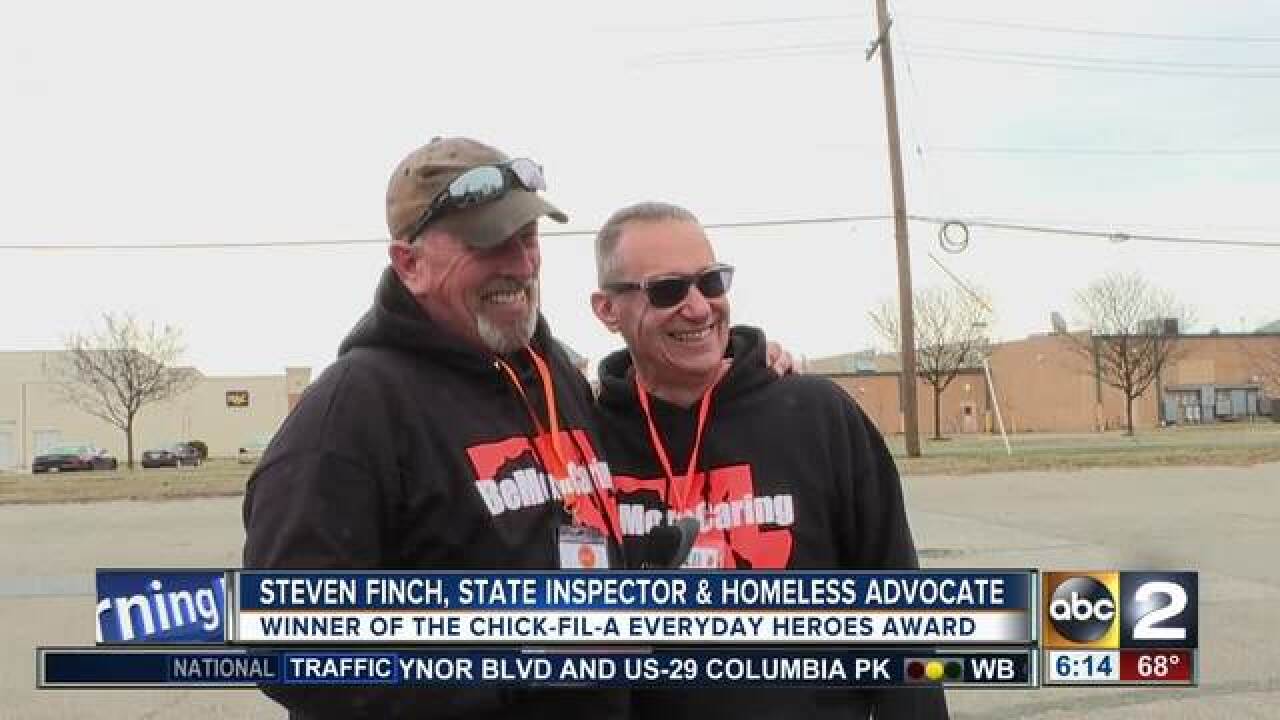 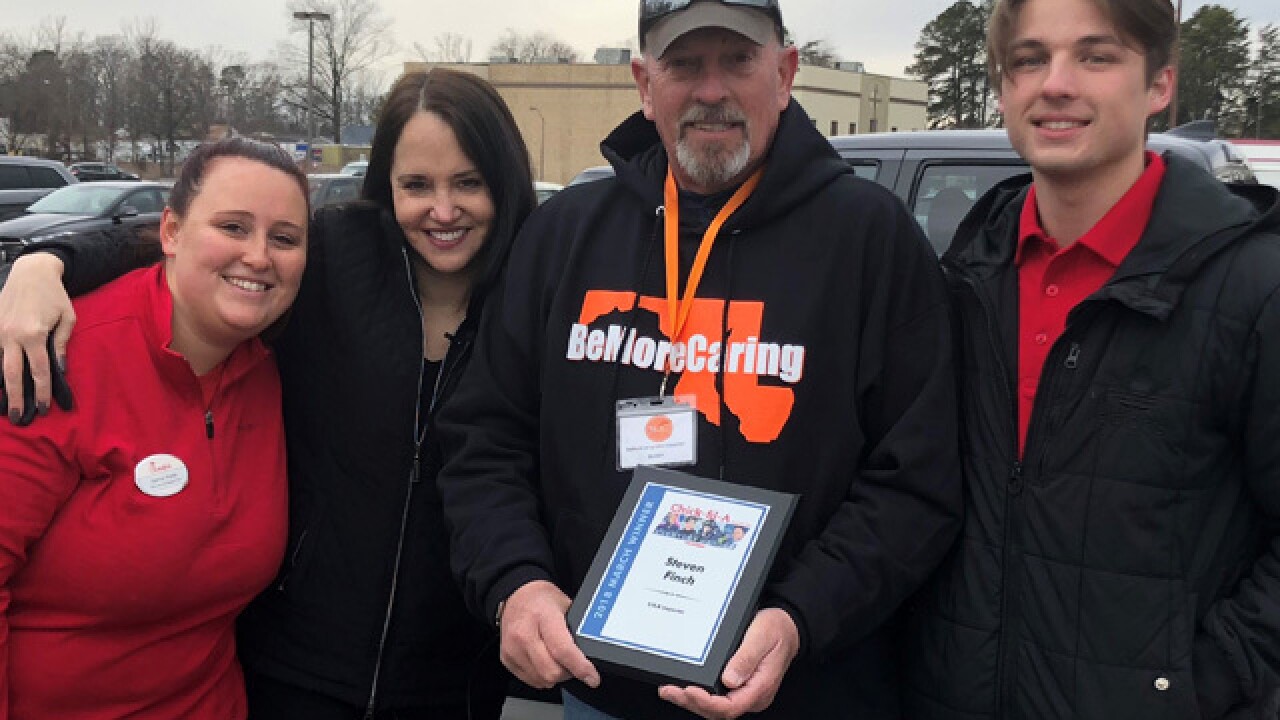 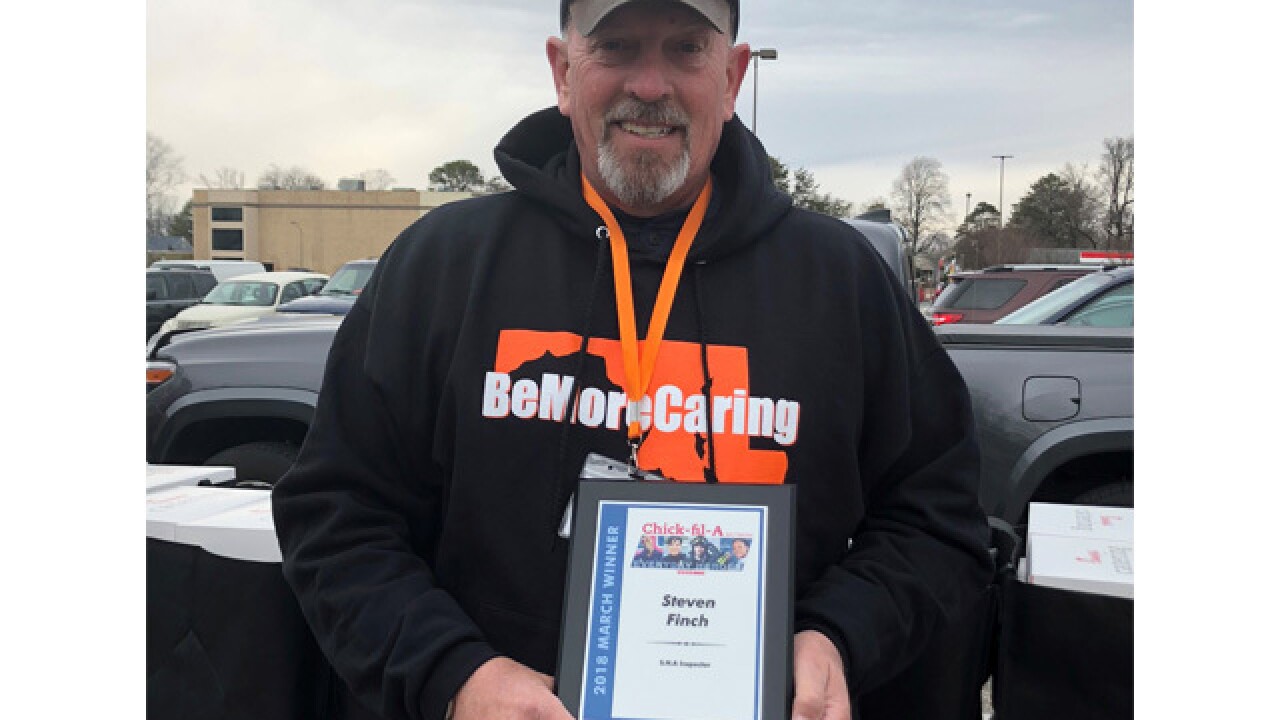 On a cold, overcast Saturday morning, an army of volunteers set up tables in a parking lot in Glen Burnie. They load them with piles of fruits, vegetables and packaged meals.

They’re getting ready for a weekly homeless outreach event and they never know how many will show up.

“It’s getting out there more and more that we're out here every week,” said Steven Finch, who organizes the outreach event. “We can feed anywhere from 75 people to 200 people on a given Saturday.”

Some come alone. Others come with their families. They ride bikes, take the bus or walk miles to fill their bags with food and water.

There are piles of clothes to sift through and donated bags of dog and cat food for their furry friends.

“It was twice a month and now we're doing it weekly because its grown so much. We have more caring residents giving to us and helping us with donations,” said Finch.

It’s been a true labor of love for Finch to provide food and clothing for the homeless in Anne Arundel County. His selfless work to help others is why he was chosen as the March 2018 winner of the ABC2/Chick-fil-A “Everyday Heroes” award.

He said his work with the homeless started about 15 years ago. His job is to inspect the state’s bridges and culverts, and when he would go out to job sites he would find much more than structural issues.

“I do see entire encampments, up to 30 people living in colonies,” he said. “I was going back into the woods where people would tell me they've got a camp back there. I would go back there myself and start reaching out to them. They're all my friends and family.”

And he treats them like friends and family. He cooks large Thanksgiving meals and baked 6,000 cookies for them last Christmas. Whatever they need, Finch is there to give them a hand.

“I've gotten jobs for quite a few of them and housing. I've taken a few into my house over the holidays to get them set up and give them a Christmas and some warmth,” said Finch.

Last year, Finch joined forces with BeMore Caring, which works with the homeless in Baltimore City.

“We wanted to be in this area and we needed someone who was passionate about this area, so it became really obvious that he was the guy,” said Josh Handschuh, the president of BeMore Caring.

Handschuh said he is blown away by Finch’s dedication to helping the less fortunate.

“Watching him in our organization, he probably puts in the most hours of anyone,” said Handschuh. “And he says to me I want to do more, I feel like I'm not doing enough. There's more that should be done. there's more that can be done.”

Finch’s outreach work has become like a second fulltime job and he’s okay with that. Because there’s always another mouth to feed, another hand to hold, another soul to heal.

“I like to see the smiles on their faces. They know they’re being cared for and loved,” he said.

Click here for more information on donating or volunteering with BeMore Caring.