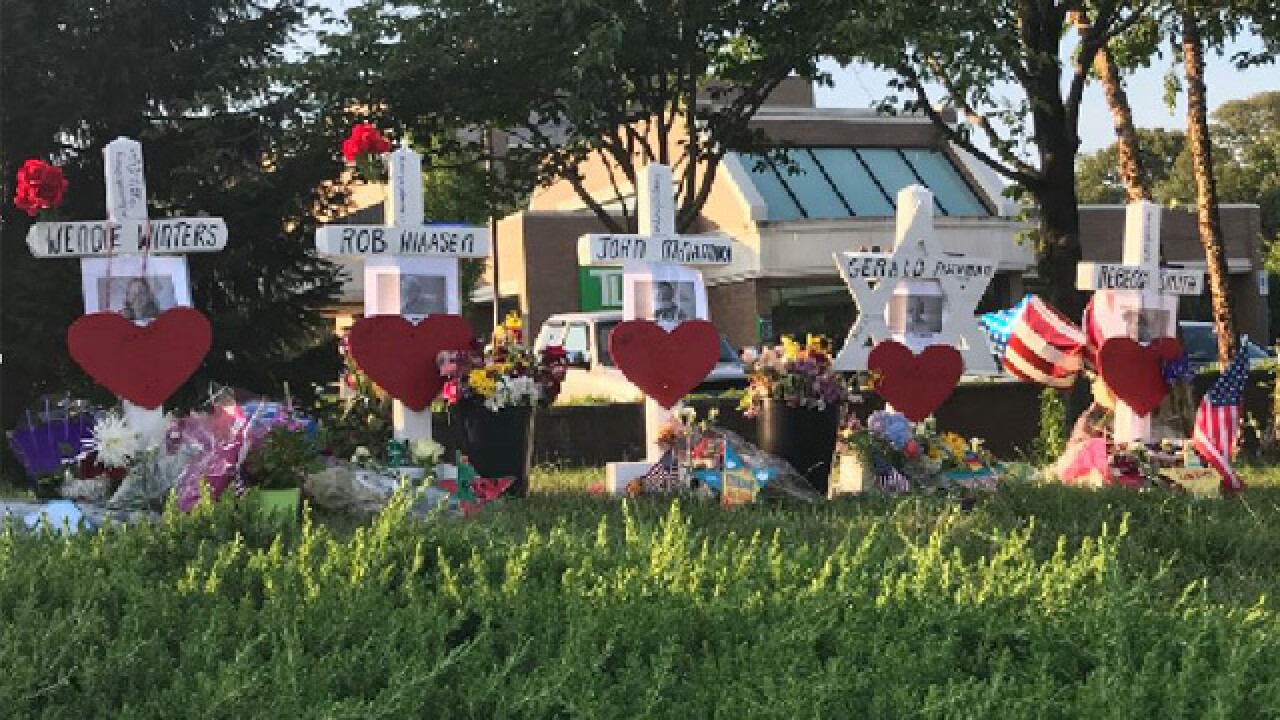 The man who murdered five staff members of the Capital Gazette in Annapolis has been charged with 23 counts related to the June 28 shootings, the Anne Arundel County State's Attorney's Office said.

Jarrod Ramos, 38, of Laurel, was charged with five counts of first degree murder in the deaths of Wendi Winters, Robert Hiaasen, Gerald Fischman, John McNamara, and Rebecca Ann Smith, all staff members at the Gazette.

Ramos also faces the charge of attempted first-degree murder of Paul W. Gillespie, a photographer at the paper who escaped.

The shooter will also face 11 counts of use of a firearm in the commission of a crime of violence against Winters, Hiaasen, Fischman, McNamara, Smith, Gillespie, San-Felice, Davis, Cooley, Messenger, and Pacella.