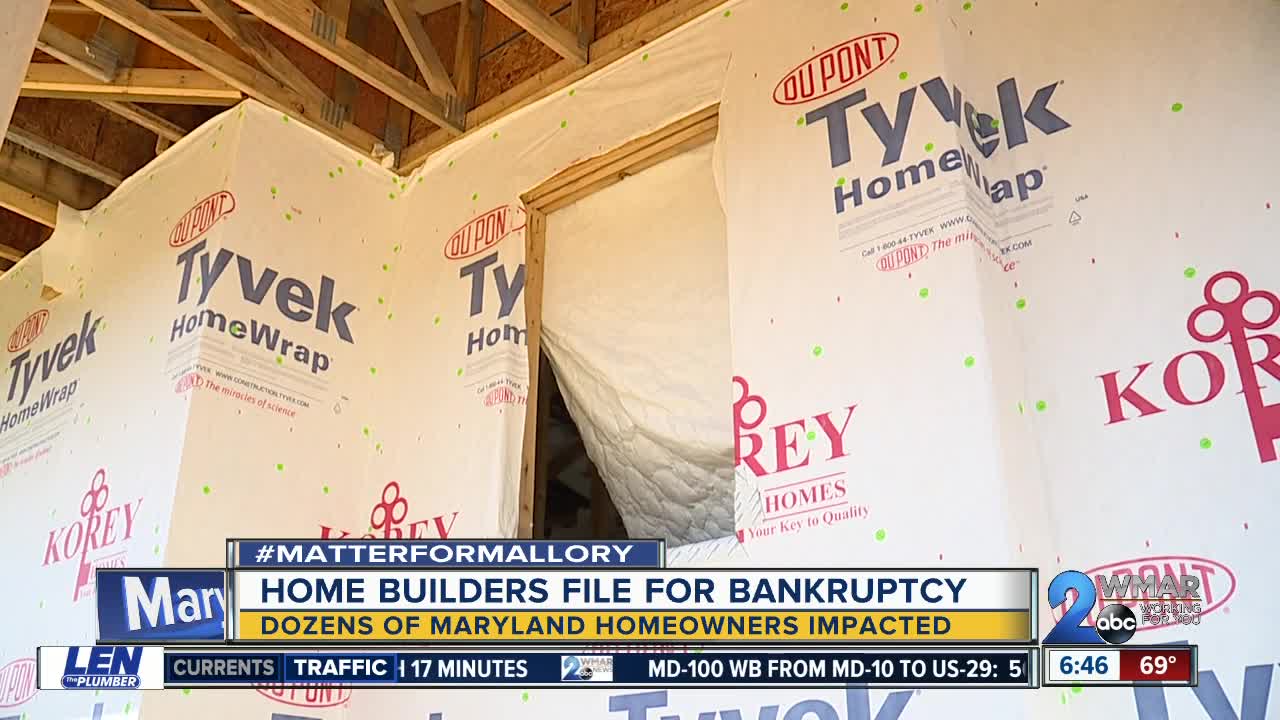 Korey Homes and Zander Homes went out of business months ago, but homeowners are still dealing with the legal and financial fallout. 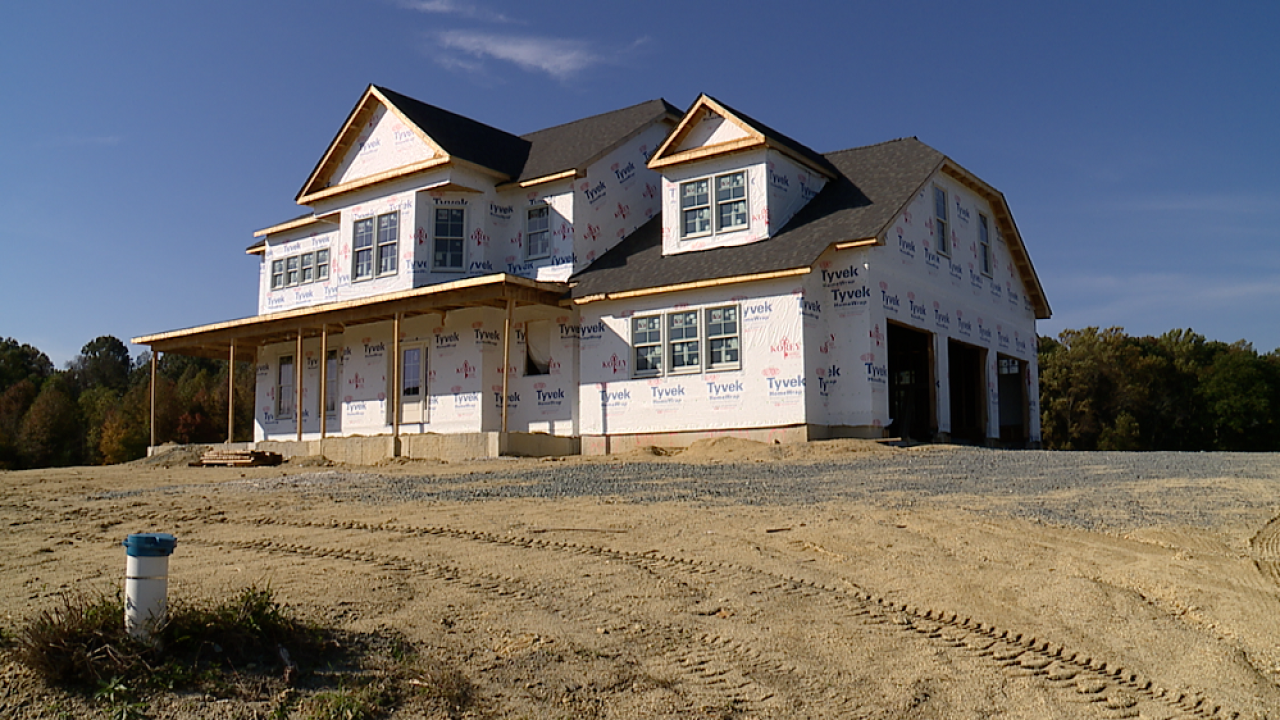 BALTIMORE — Months after two Maryland custom home builders went out of business, dozens of customers are still trying to figure out how they'll finish their homes and if they'll get any money back.

This provides a new legal hurdle for homeowners.

"They can look to see if there are unencumbered assets, property that can be liquidated so that they can get cash out, but it's certainly not going to be an easy path," said Gary Leibowitz, partner at Cole Schotz and a corporate restructuring and bankruptcy attorney and commercial litigator.

Leibowitz has seen builders fall into this trap before.

"There are builders who think they may be able to build their way out operating under the hope that a lender will continue to fund them so they can continue with construction and complete the homes," said Leibowitz.

They'll try to stay alive as long as they can, but eventually funds and trust run out.

"The most common problem is they start using funds from one project or one house to pay vendors on another," said Leibowitz.

He recommends homeowners lawyer up, but first they'll need to make a calculation on whether or not the amount of money they've lost is worth investing more money into it. They can also pool their money and go after the builder as a group.

"They could challenge the discharge of their debts meaning if they could show the court that there was fraud involved, and when they went under contract, sometimes those debts can ride through the bankruptcy case. They would not be discharged and they would still be able to try to collect down the road," said Leibowitz.

He estimates legal proceedings could take anywhere from one to two years.

Finding recourse
In the meantime, many homeowners are facing liens from unpaid contractors.

"So we have about six liens against us equaling about $200,000," said Caitlin Hicks, a customer of Zander Homes. "We've lost about, I mean I don't want to put an exact figure, but it's multiple hundreds of thousands of dollars."

The state has a Home Builder Guaranty Fund that pays consumers a fraction of that amount. The max is $50,000 per claim, $300,000 total per builder, and it can take more than a year to receive any kind of monetary award. Of the 97 claims filed with the Guaranty Fund from July of 2017 through June of 2018, there was one payout from the fund for $31,511. Ten claims were settled through mediation with consumers receiving awards totaling near $100,000 and in five claims, the builders agreed to repair defective work. Thirty claims remain in the investigative stage, according to the 2018 Annual Report, Home Builder Registration Unit.

Consumers can file a civil lawsuit. One family did that and received a $500,000 judgment in court, but they still haven't been paid. And now, all legal suits are stayed until bankruptcy proceedings are complete.

The Maryland Office of the Attorney General can also pursue their own case against the builders, which they've done in the past. However, of the eight home builders ordered to pay restitution in the last five years, only three have paid some amount.

Protecting your investment
Both builders were licensed, homeowners received references. Even so, reputation isn't enough with this large of an investment.

"If I was building a custom home, my advice would be to stay on top of the builder at all times. To really micro-manage the project. It can feel uncomfortable to be there all the time but you need to be the CEO of your project. You need to make sure funds are properly held in escrow and only doled out to the right people. You need to demand lists from the builders of suppliers and subcontractors they're using to find out how much is owed and if they're getting paid, " said Leibowitz. "Because if you're able to sniff something out early, there are things you can do such as terminating your contract prior to bankruptcy that can help you down the line."

WMAR-2 News Mallory Sofastaii brought this issue to the attention of lawmakers. Delegate Teresa Reilly (District 35B, Cecil and Harford counties) said she plans to bring forward a bill next session that provides more protections for all parties involved in the home building process.

The Harford County Sheriff's Office continues to investigate Korey Homes. We keep checking back but haven't received any new updates.

If you have a Matter for Mallory, she wants to hear from you. You can contact her using the form below or by Facebook or Twitter.