Maryland comedian Lewis Black to perform at the Lyric for charity 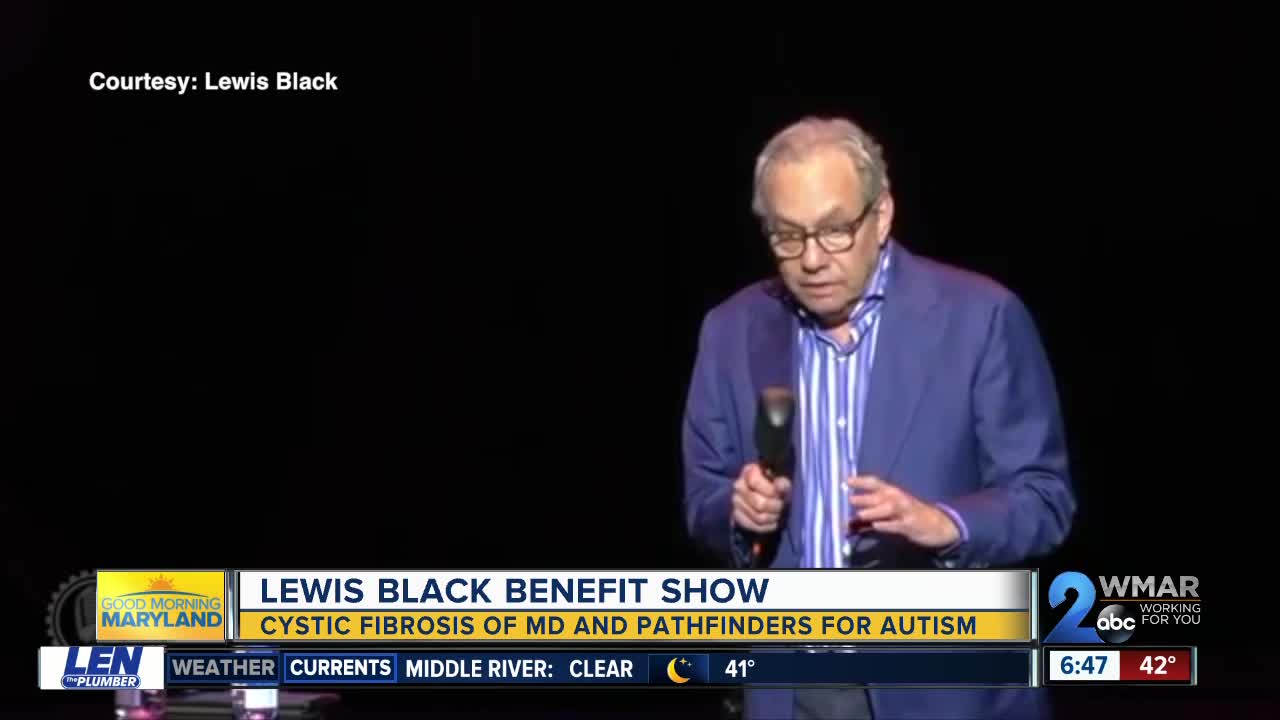 BALTIMORE (WMAR) — Angry on-stage “rants” by the comedian Lewis Black have made him a household name all over the country and the world. But he grew up in Maryland, and next month he will be coming to Baltimore for a show that's going to benefit two local charities.

“Very charitable. People are shocked when they hear he's taking nothing to do this event; I've known Lewis for 10 years and it doesn't shock me. It's very much what he does,” said Mac Tisdale, the chairman of the Maryland Chapter of the Cystic Fibrosis Foundation.

Cystic Fibrosis is deadly; in people who have it, the body produces thick mucus that clogs the lungs. Children and adults with CF must clear their lungs, often for several hours every day.

Years ago, most children with CF did not make it to adulthood, but research into new therapies and new drugs has increased the lifespan dramatically.

In fact, earlier this week the FDA announced that a new drug therapy has been approved for use in Cystic Fibrosis patients, ages 12 and older.

“I have a brother that fights this, who's 44 and when he was born the life expectancy for somebody born with CF was age 13. It's now 46 and counting rapidly,” Tisdale said.

Proceeds from Lewis Black's show at the Lyric will benefit that research through the Cystic Fibrosis Foundation, and also “Pathfinders for Autism” the local charity founded by former Oriole BJ Surhoff.

Lewis Black's act will be just as angry as ever, but it will be focused on helping families, and finding a cure.

“It's a typical event, and Lewis Black comes to town quite often. It's another appearance in town and it just so happens that the proceeds of what you're spending to attend the event goes to a great cause,” Tisdale said.

The show is November 12th at The Lyric. Tickets are on sale right now; you can buy them through Ticketmaster.

One of the longtime supporters of Pathfinders for Autism is our former colleague at WMAR-2 News, Mary Beth Marsden, who has been very open about raising a daughter on the autism spectrum.

It's been nearly 10 years since she said goodbye to the viewers here. We'll check in on how she’s doing, her thoughts on Pathfinders for Autism and on Lewis Black's show, coming up next week on WMAR-2 News.