FORECAST: Rain On The Way
NewsGood To Know 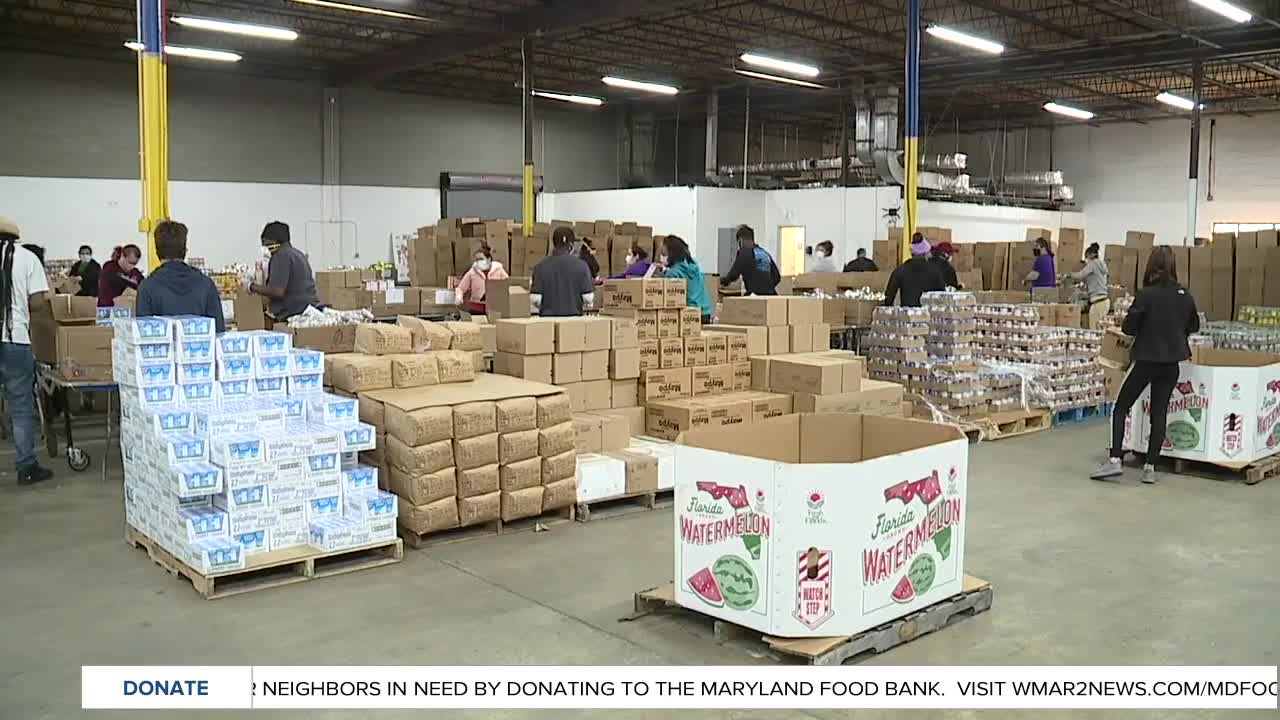 It's been about two months since COVID-19 started to spread in Maryland and the president/CEO of the Maryland Food Bank says their momentum remains at full speed.

BALTIMORE — It's been about two months since COVID-19 started to spread in Maryland and the president/CEO of the Maryland Food Bank says their momentum remains at full speed.

"We pride ourselves on the ability to react during these times. We’re kind of built for these kinds of crisis to occur," said Carmen Del Guerico. "I would say the need that we found almost immediately when this crisis hit in mid-March continues to play out today."

The COVID-19 crisis has caused a huge financial strain on the Maryland Food Bank. According to Del Guerico, the food bank spent around $3.6 million on food purchases in the last 30 days, compared to the roughly $200,000 that is usually spent a month buying food. 90 percent of the food being distributed to its network of pantries, soup kitchens and shelters is being purchased, compared to 25 percent last year.

Del Guerico says a big part of that reason is they have seen a drastic decline in donations.

"The amount of donated food that’s coming in, that’s a quarter of our model, is really dried up almost entirely," he said.

The Maryland Food Bank estimates it will need to raise $12 million by June 30 in order to continue with its COVID-19 response plan.

What makes dealing with this pandemic even more challenging is the lack of a timeline on when the stay-at-home order will be lifted and life begins to go back to normal, whatever the new normal looks like. Del Guerico says while they can't plan for much, they are anticipating the need for food is going to last for awhile.

"We think given the number of people who are no longer employed and the ability to absorb those jobs again, we are going to see demand in a heightened level for an extended period of time."

Del Guerico says they have evolved as the situation changes, sometimes on a daily basis. Last month they opened up another warehouse in Lansdowne, like a mini-food bank, to pack "back up boxes" that feed a family of four for up to a week.

"I don’t think that’s going to go away in the near time. I think again this pandemic, hopefully the curve will flatten, but you’ll still have issues of social distancing. So we will have to find creative solutions to serve people and I think boxes will continue to be with us," he said.

And while they would never turn away donations of canned goods or boxed food, Del Guerico says they can do a lot more, and buy a lot more, with cash donations.

"That same dollar that someone spend to buy food and give us the can of peas, we can take that and go buy a couple cans of peas because of our buying power."