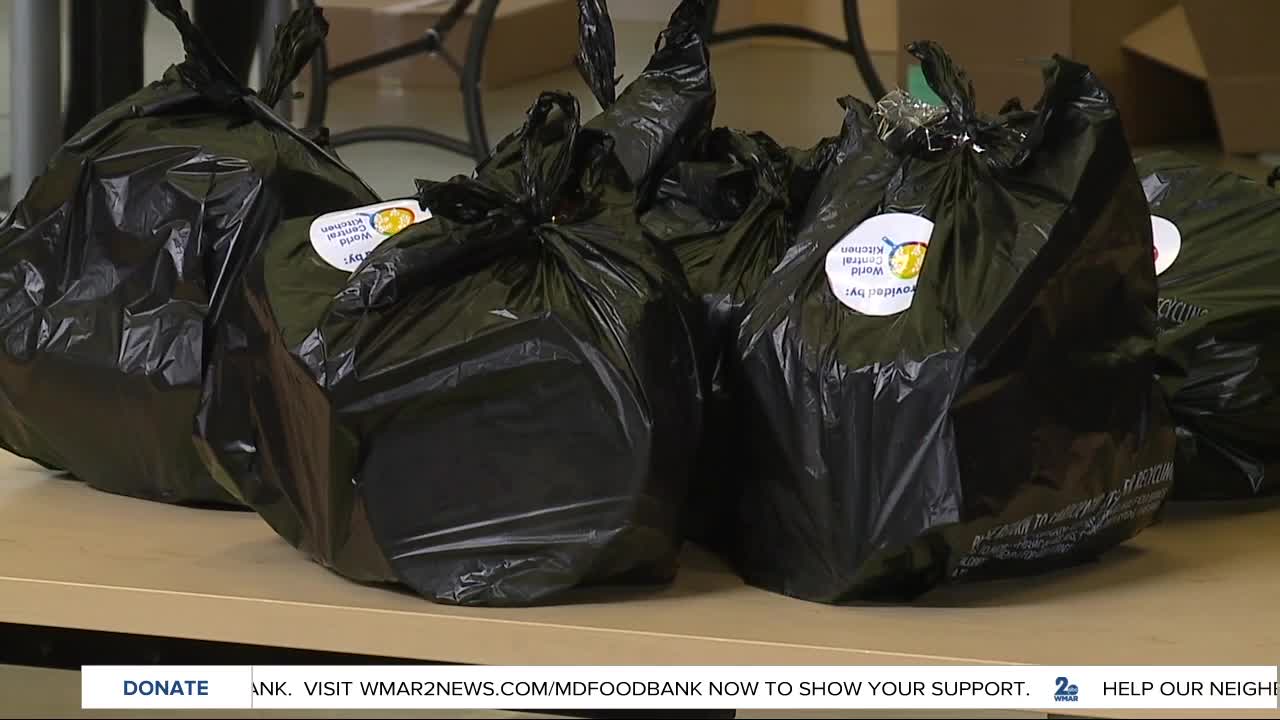 The church bells at Saint Wenceslaus Catholic School in East Baltimore toll at noon, signaling the start of what has now become a weekly event at the Henderson-Hopkins school across the street.

BALTIMORE — The church bells at Saint Wenceslaus Catholic School in East Baltimore toll at noon, signaling the start of what has now become a weekly event at the Henderson-Hopkins school across the street.

Dozens of people have been in line for more than 30 minutes, some by cars, others by foot, waiting patiently for their weekly box of food.

"We know there is a huge demand and we felt like we had to step up to meet the demand," said Peter Kannam, the principal at Henderson-Hopkins.

The city school is operated under a partnership with Johns Hopkins University. Kannam says when the outbreak of the coronavirus first started back in mid-March, he knew it was going to make the situation worse for their students and their families.

"As soon as the pandemic hit, we said food insecurity is already an issue for our families and the community. We knew it was going to get more stressful," he said.

Kannam said the neighborhoods around the school are considered to be in a food desert, meaning grocery stories are not easily accessible. He said before the virus, they were serving around 1,000 meals a day to students.

"This is really, really dire right now and we have to do more for the community of East Baltimore," he said. " I’m so proud that my team is stepping up and doing it."

The school is working with Johns Hopkins and community partners like the Maryland Food Bank and World Central Kitchen to provide boxes of food to last families for a week. Kannam said they are giving out about 9,000 pounds of food to around 350 families a week.

When they first started giving away food, they thought maybe 100 families would show up. The school posted a photo on April 10 of a long line of cars waiting on Ashland Avenue for the food.

"In many ways it made me feel good but it also broke my heart," she said. "That was a real demonstration of the need that’s in that community."

Kannam said the families can count on Henderson-Hopkins being there every Friday handing out food as long as the need lasts. And they are are counting on generosity of others to support their community partners in this mission.

"As a collective in Baltimore, we gotta just realize people are hurting and how can we support them as a community," he said.

"The need is present and organizations like the Maryland Food Bank and those community partners who are seeing people face to face, they need our support now more than ever," said Wilson.