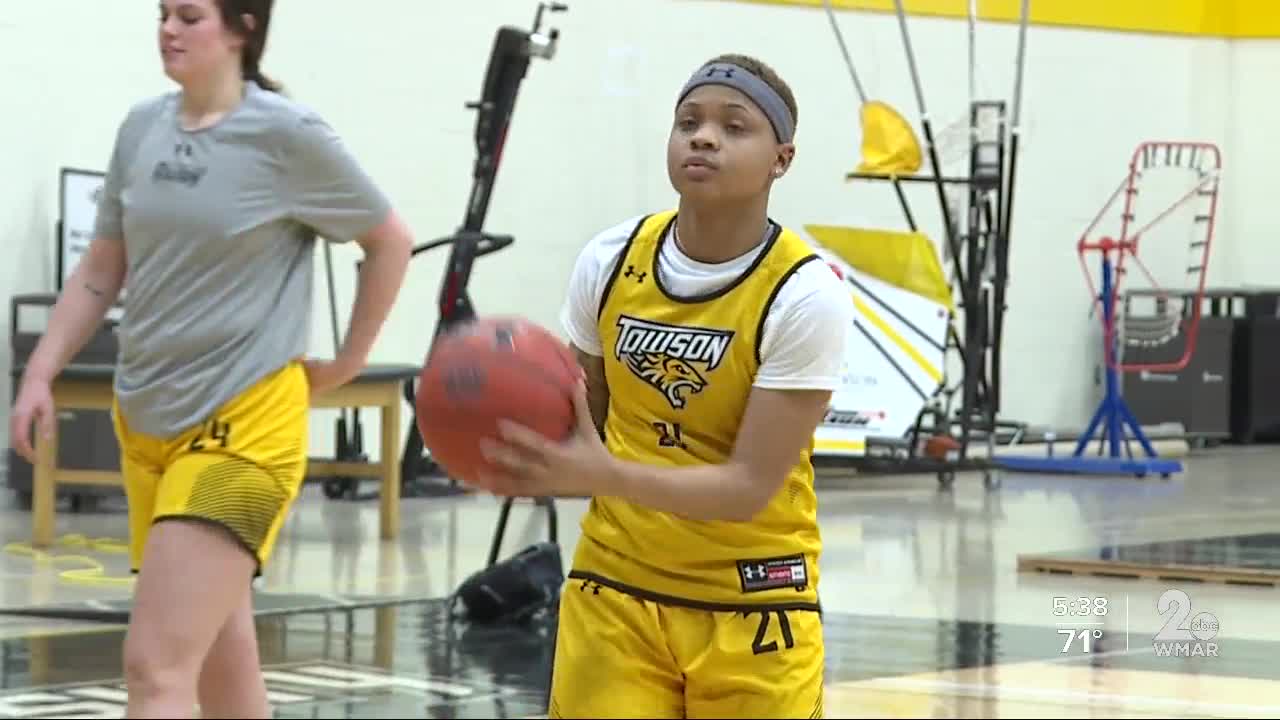 "I think we have a great opportunity to go back-to-back," said Tigers senior guard/forward Nukiya Mayo.

The Towson University women’s basketball team plays Northeastern on Thursday in the quarterfinals of the Colonial Athletic Association tournament. The Tigers enter the tourney as the defending CAA champs. They won it all last year for the first time in program history and earned their first trip to the NCAA tournament.

You better believe they’ll draw on that this week.

"We’ve been here before. We’re returning four of the five starters. So, using that experience, knowing that it’s going to be hard work, knowing that no matter how ugly it is we only have to win one game by one point," said Tigers senior guard Q. Murray.

"We know what it takes now," added Tigers Head Coach Diane Richardson. "Last year we went in blind and we came out on top. So, now we know what we need to do."

What they need to do first is defeat the fifth-seeded Huskies. Towson (14-15, 9-9) is the four seed. They split with Northeastern (13-16. 9-9) during the regular season. The 66-63 loss came with four Tigers missing the February contest with the flu.

"They kind of got us with the shooting and rebounding especially. So, it’s no excuse for being sick. We played hard but we didn’t play hard enough," said Tigers junior guard Kionna Jeter.

Towson enters the tournament on a three-game losing streak. But, that may not be such a bad thing. Entering the postseason last year the Tigers were also the four seed and also riding a three-game skid.

"This is where we were last year, the same place last year and we saw the results," said Richardson. "So, we know that we can do it again."

"We’re confident because we know March is a whole new season and this conference tournament gives us another chance," said Mayo. "It’s a second chance at doing what we know we can accomplish."

"Coming off three losses, we’re going to use that motivation to get back on that winning streak," added Murray. "If we can go 3-0 we are champions again."

Their quest begins Thursday at 2:30 p.m. in Elon, North Carolina.