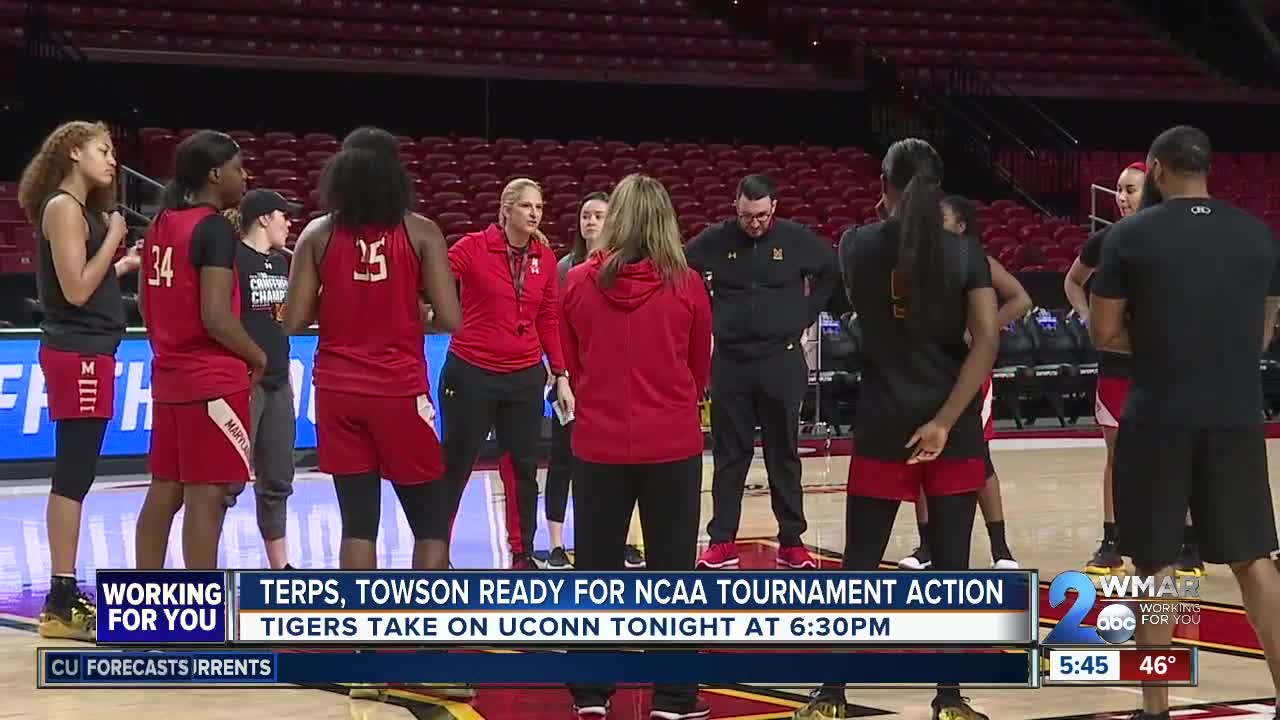 COLLEGE PARK, Md. — The next championship run is about to begin for the Terps.

Three-seed Maryland plays 14-seed Radford on Saturday in the first round of the NCAA Tournament. The Terps are one of the host teams for the first two rounds. Maryland is 15-0 all-time in first round NCAA Tourney games under Frese.

“It is a mentality for us,” she said. “We take the ownership – every team we play is the best team we’ve faced.”

“We’re not focusing on future games. We’re just trying to focus on Radford now. We know they’re a pretty traditional team. We can’t look ahead at all,” added Terps guard/forward Kaila Charles.

This is the ninth consecutive year Maryland has qualified for the tournament. But it’s the first go-around for the freshmen like Shakira Austin.

“I grew up watching theses tournaments,” said the Terps forward. “I’m really excited to finally be able to put my work in and show everybody what I can do.”

Terps fans might not be too happy about the tip-off time. In a scheduling quirk, the women’s game will start at 11:00 a.m. That means it’ll be going on at the same time as the Terps men’s second-round contest against LSU, which tips just after noon on Saturday.

“If we all got to choose, in an ideal world, you wouldn’t love to have that overlap,” said Frese. “But, nowadays you can be in-house as well as have your phone on and be watching both teams at the same time. So, you don’t have to miss anything.”

While the Terps still have a little while to go before they open up tournament action, the Towson University women take the floor in Connecticut on Friday night.
They’ll make history in the process. They’ll play the program’s first NCAA Tourney game.

“Every student athlete dreams of going to the big dance,” said Tigers guard Q. Murray. “It’s also a proud moment because we worked so hard.”

The Tigers are the Colonial Athletic Association Champions. They are the 15 seed and decided underdogs against perennial contender, second-seeded UConn.

“There’s a lot of history with UConn basketball. But, I think that when we talk about teams and we talk about matchups, I think we match up very well with them,” said Tigers Head Coach Diane Richardson.

Tip time for the Tigers and Huskies is set for 6:30 p.m. in Storrs, Connecticut.