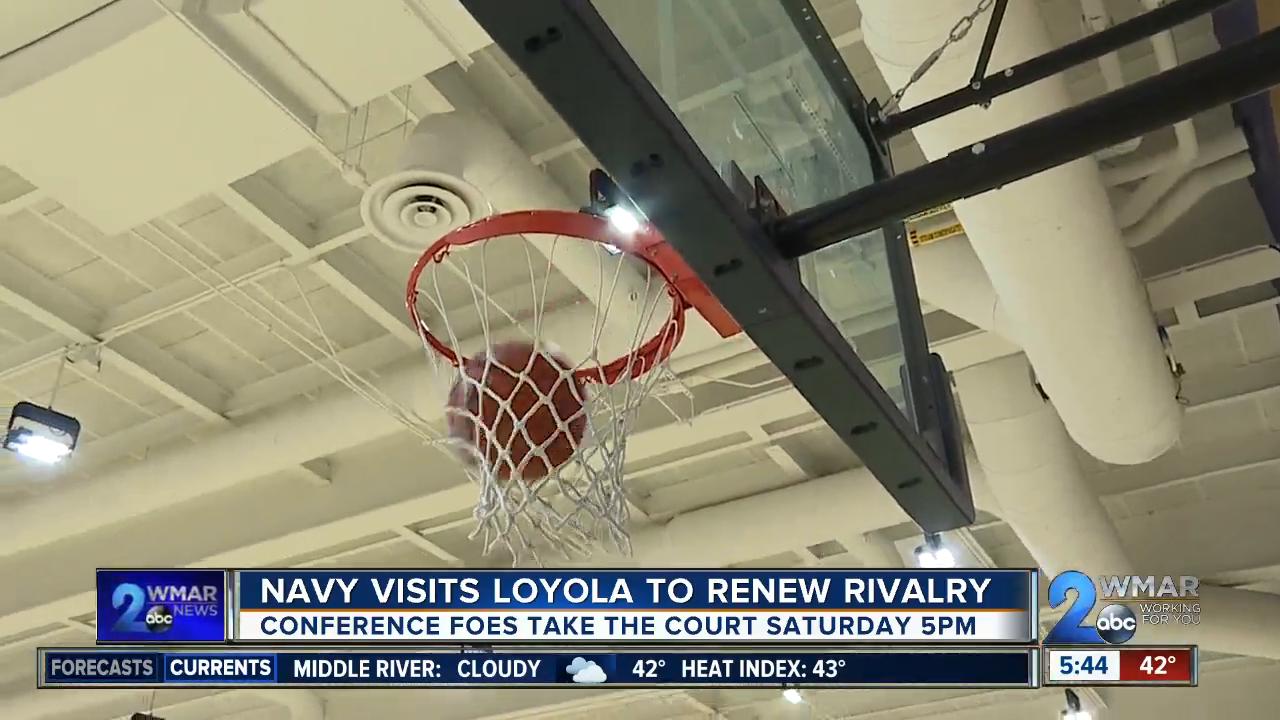 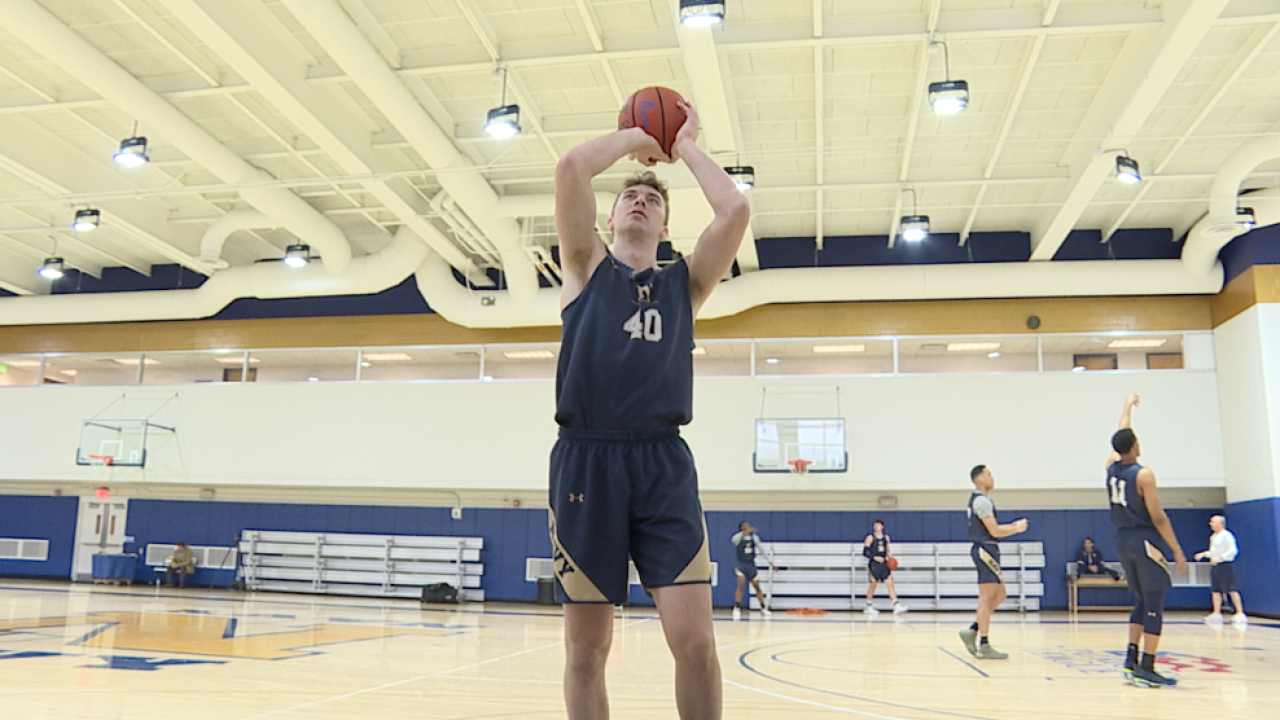 “Whenever Evan has it going he’s probably one of the best big men in the Patriot League, no doubt,” said Navy guard Cam Davis.

“I’m supposed to make one-foot shots and that’s what I did,” said Wieck.

He did that flawlessly.

In Wednesday’s 81-66 win over Holy Cross, Wieck didn’t miss a shot all night. He was a perfect 10-10 from the field and 4-4 from the foul line for a career-best 24 points. The senior center is the third player in Navy history to make at least 10 field goal attempts without a miss in a single game. The last was David Robinson in 1985.

“It’s definitely an honor but I’ve never been the type of guy to get caught up with stats or anything like that,” said Wieck. “As long as we get the win, I’m happy.”

They have a few of those this season. Navy is 12-8 overall and 6-3 in the Patriot League. Their dozen victories equals their win total from all of last season. Saturday brings their first match-up with Loyola.

The Mids have won four of their last five games and are a game back of Colgate for first place in the conference.

Things haven’t been going as well at Reitz Arena this season. The Greyhounds are 9-13 overall. An eight-game losing streak has them a last place 1-8 in the Patriot League.

“The injury bug hit us early January and we’ve been fighting back trying to recover from it,” said Loyola Head Coach Tavaras Hardy.

Inuries have devastated Loyola. They have suffered a total of 75 man games lost to injury. 45 of those have come since January 5. They have yet to put their preseason projected starting lineup on the floor.

Senior guard Andrew Kostecka leads the Hounds averaging 21.1 points per game. They’ll most likely need that and more from him against Navy.

“[It’s] a huge game for us,” said Kostecka. “We’re starting to hopefully get back in the swing of things. Start off, hopefully, this month with a ‘W’ and keep it rolling.”