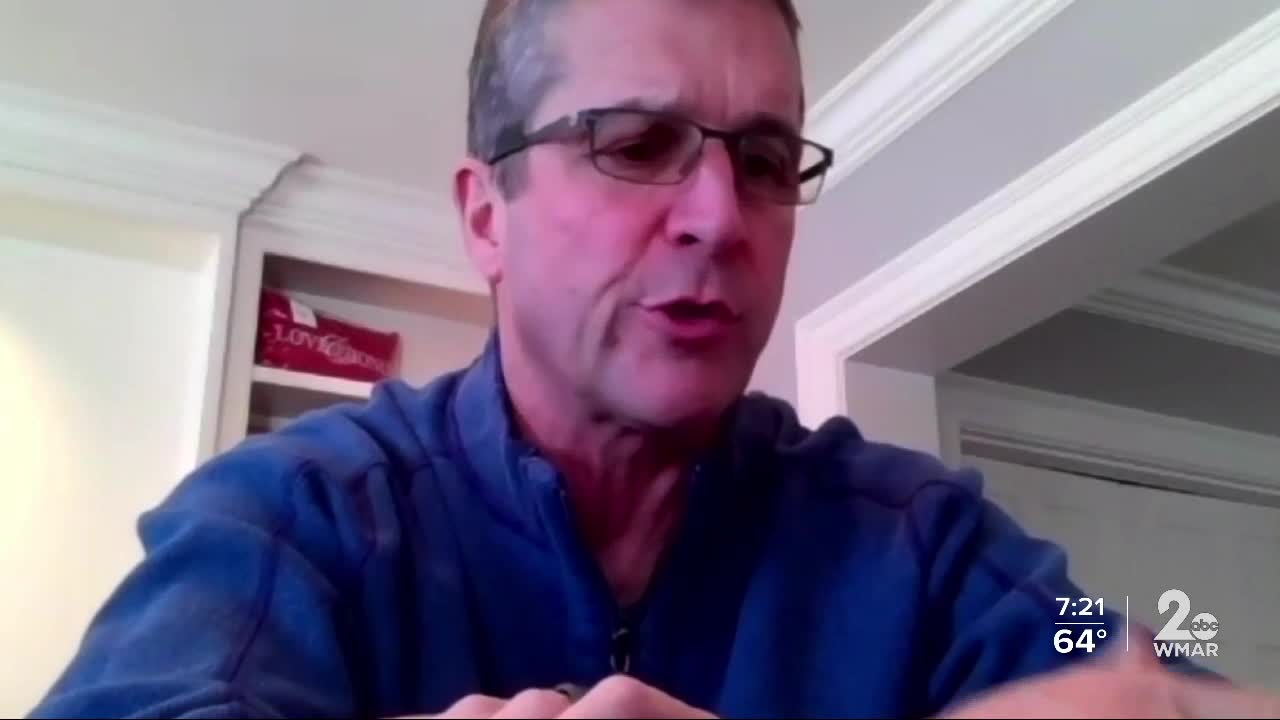 All is quiet at the Ravens facility in Owings Mills. That’s the way it is will stay indefinitely.

OWINGS MILLS, Md. — All is quiet at the Ravens facility in Owings Mills.

That’s the way it is will stay indefinitely.

Football is the only major sport that hasn’t seen its regular season postponed. However, off-season workouts like organized team activities and mini-camps are in jeopardy.

"I’m hopeful that we’ll have an off-season program. I’m thinking we might," said John Harbaugh. "It just depends on the trajectory of the situation with the coronoavirus and whether socially we’re allowed to get back together."

The Ravens head coach was among front office officials on a virtual conference call on Monday. He admitted the thought of the NFL’s regular season being in peril has crossed his mind.

"Everybody thinks about it. It’s not something that I’m concerned with in the sense that we’re getting ready for a season and I’m assuming we’re going to play," he said.

Harbaugh is looking at this unprecedented spring and potential summer competitively. All 32 teams are faced with the same challenges.

"We’re all going to be in the same boat. None of us are going to have any advantage over anybody else," he said. "So, whoever makes use of whatever the situation is the best, gets their team ready the best starting with the draft and then the development of our players, that’s who is going to win the most games."

The NFL Draft will be done virtually for the first time. All team personnel will be drafting from their homes in separate locations. What about the security level of such high-profile online meetings.

"I’ve got some real concerns about that," said Harbaugh with a smile. "Hopefully we’ll be okay. Kind of like that (fingers crossed). We’ll see what happens. I really wouldn’t want the opposing coaches to have our playbook or our draft meetings. That would be preferable if we could stay away from that."

The draft set to get underway on April 23. Until then the team facility in Owings Mills, in all likelihood, will remain unoccupied.