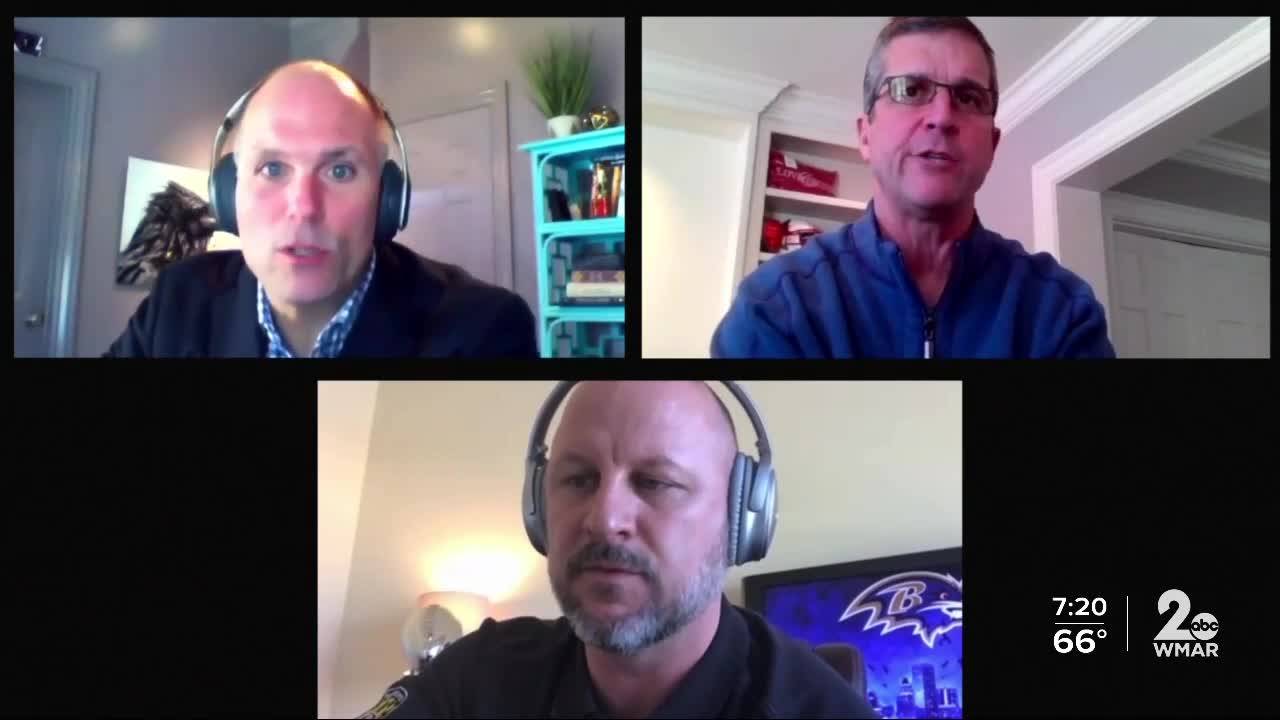 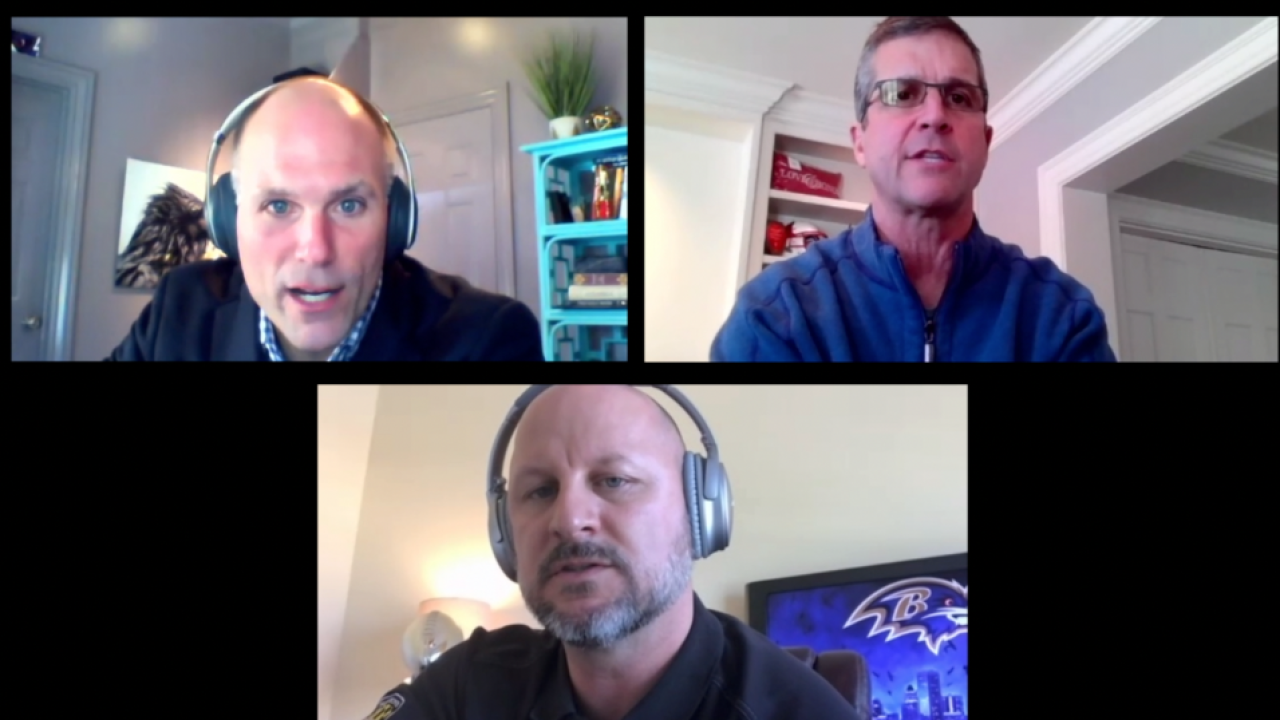 BALTIMORE, Md. — The NFL is still planning on holding its draft later this month. Because of the coronavirus pandemic it will be an event like no other in the league’s history.

The NFL announced on Monday the draft will be entirely virtual. All team personnel will be drafting from their homes, in separate locations.

Ravens General Manager Eric DeCosta and his staff are usually inside the team facility in Owings Mills this time of year putting together their player rankings and analyzing hours of tape. Not now. Now they are conducting business at home on video conference.

"I think I’m on the phone a lot more than I have been," said DeCosta. "Normally people just walk into my office. Here they just call me. I’m usually sitting right here [at home] watching tape."

"In some ways, you don’t have to drive into the office every day to get the job done and there’s a different pace, a different style, a different format you can use," said Harbaugh.

"It brings me back to what it was like in 1996 and 1997 - really before the internet, before we had all this information - how we went about our jobs. I think some of our best drafts we ever had were during that time frame," said DeCosta.

The 2020 draft is set to get underway on April 23. The Ravens currently have nine picks, including No. 28 overall. DeCosta called it a quote “deep draft”. The Ravens' needs include inside linebacker, interior offensive line and wide receiver.

"The receiver class is prolific by many people’s standards," said DeCosta.

The club hasn’t had to wait this long to pick their first player since selecting 32nd in 2013 after winning the Super Bowl. Trading up is always a possibility.

"We love to make trades," said DeCosta. "We have the opportunity to go up and get a guy."

In non-draft news, what about the picture causing quite a stir in NFL circles? Much-maligned veteran wide receiver Antonio Brown worked out with his cousin, Ravens receiver Marquise Brown and Ravens quarterback Lamar Jackson last week.

WMAR-2 Sports Reporter Shawn Stepner asked DeCosta about his thoughts on the trio getting together, working out and his interest level in Antonio Brown, who is a free agent.

"Those are in-house things," answered DeCosta. "Those are my personal feelings about that situation."

DeCosta added it would not be beneficial to comment on any free agent.