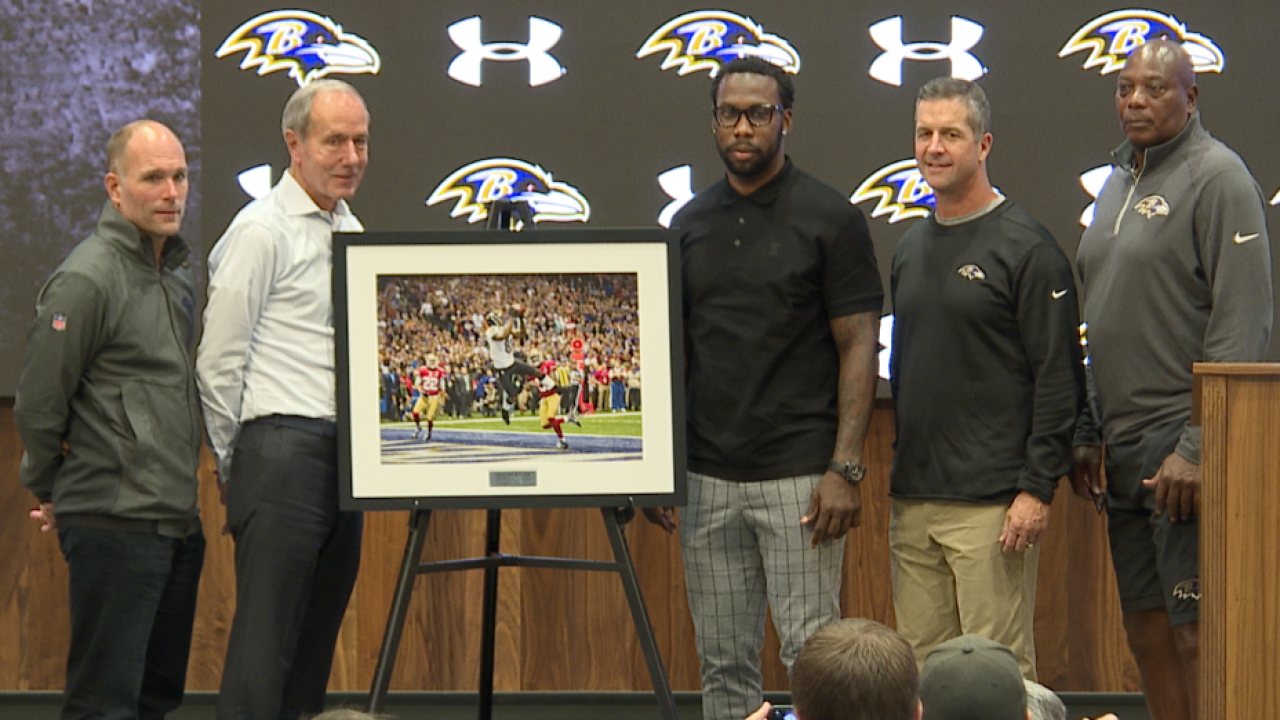 OWINGS MILLS, Md. — Consecutive wins for the second time this year and a two-game lead atop the division.

But the latest victory again comes with a price for the Ravens, the loss of safety DeShon Elliott.

“It looks like he’s going to be out for the year unfortunately,” said Head Coach John Harbaugh. “Just way worse than we thought it was going to be.”

Elliott has a knee injury. It’s another hit to an already thin defensive secondary.

Sunday’s 23-17 victory over the winless Bengals has Baltimore’s record at 4-2. However, it left a lot to be desired.

“I was happy with it. I think the only thing I think we all would have wanted was more points out of it,” said Harbaugh.

It was a record day for Lamar Jackson. He became the first quarterback in the Super Bowl era to throw for 200 yards and rush for 150 yards in a single regular season game. He had 152 yards on 19 carries. Harbaugh is okay with that hefty stat for now.

“I wouldn’t expect him to be running that many times very many times this year,” he said. “That’s just the way it went.”

Speaking of Super Bowl, one of the main components of the Ravens' Super Bowl XLVII championship team came home Monday to call it a career.

Anquan Boldin officially retired as a Raven. He spent three out of his 14 NFL seasons in Baltimore.

“I’ve played with four different organizations but there’s no other organization, I would say, that has had the impact on myself and my family like this organization,” he said.

Known as one of the toughest receivers in Ravens history, Boldin tallied 14 regular season touchdowns wearing purple from 2010-2012. He added six more in the playoffs, four during the Super Bowl run. He led the Ravens with six catches for 104 yards and a touchdown in Super Bowl XLVII.

“I was brought here to do a job,” said Boldin. “I was brought in to help bring a championship to this city and I was able to help do that.”