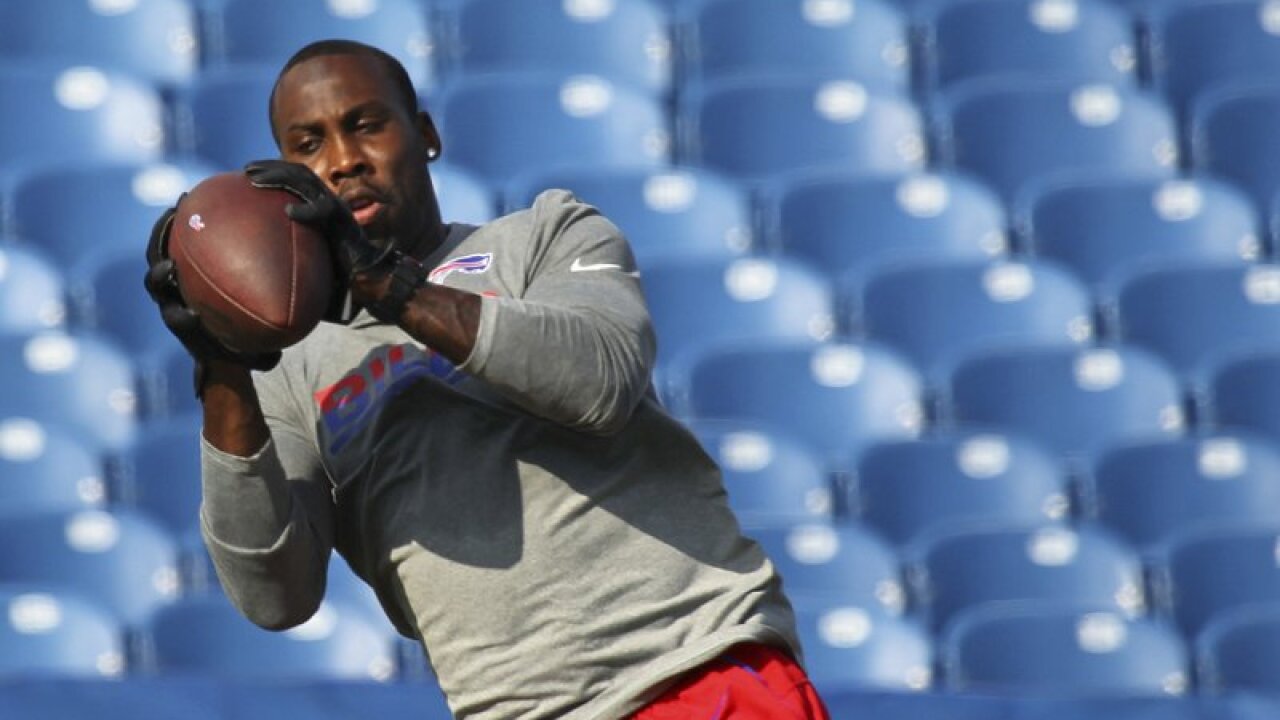 FILE - In this Thursday, Aug. 10, 2017 file photo, Buffalo Bills&#39; Anquan Boldin warms up before a preseason NFL football game against the Minnesota Vikings in Orchard Park, N.Y. A person with direct knowledge of the decision has confirmed to The Associated Press that the Buffalo Bills have granted retired receiver Anquan Boldin permission to explore the possibility of being traded to another team. The person spoke on the condition of anonymity on Thursday, Oct. 26, 2017 because the Bills and Boldin have not revealed this information. (AP Photo/Jeffrey T. Barnes, File)

In his Ravens career, spanning from 2010 to 2012, Boldin helped lead Baltimore to three straight playoff berths including a Super Bowl Championship in his final season with the team.

That off season, Bolidn was traded to the San Francisco 49ers who the Ravens defeated in the Super Bowl.

At the time, the Niners were coached by Jim Harbaugh, the brother of Ravens head coach, John Harbaugh.

Boldin would go onto play three seasons in San Francisco and one more with the Detroit Lions in 2017, before calling it a career.

Over 14 seasons in the NFL, Boldin made three Pro Bowl teams, and compiled 91 career touchdowns and 14,386 total receiving yards, including in the playoffs.

He joins former players Vonta Leach, Willis McGahee, and Lardarius Webb who also retired as a member of the Ravens this year.

Other past Ravens including Hall of Fame inductee Ed Reed, Haloti Ngata, Derrick Mason, Jacoby Jones, and Jarret Johnson have also retired with the team in recent years.