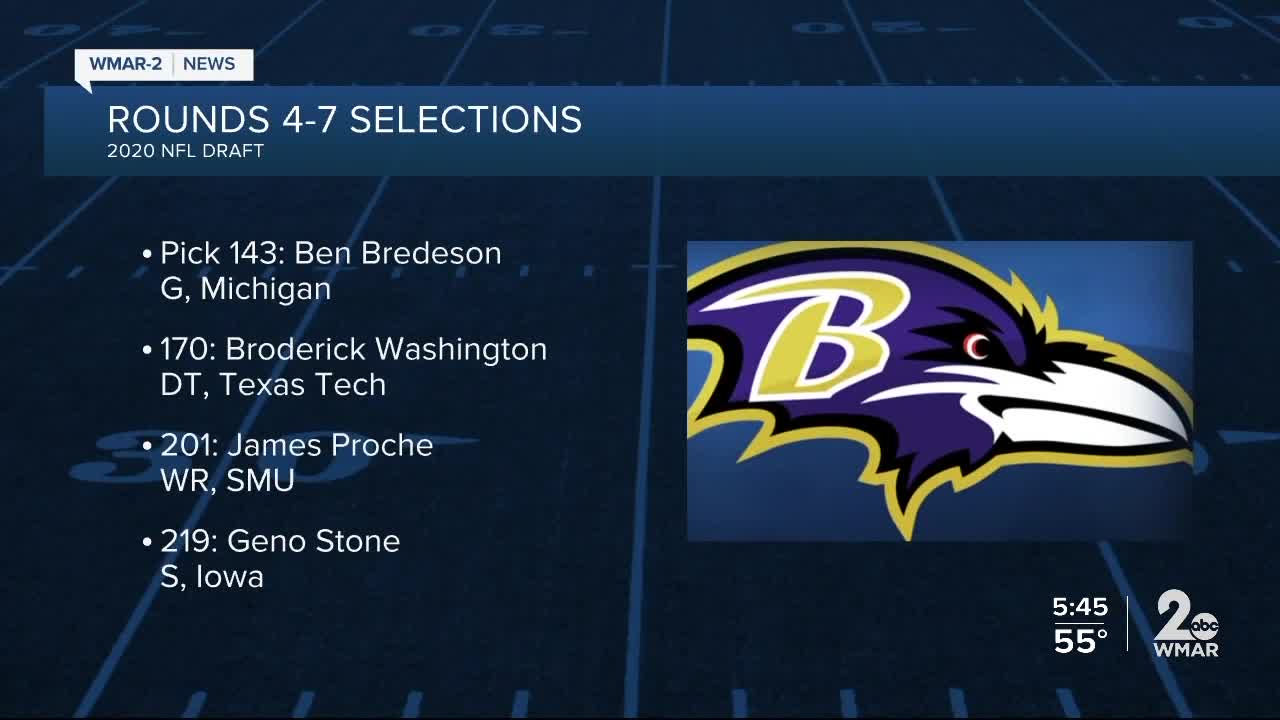 Usually the Ravens rookies’ indoctrination into the NFL begins at the team facility in Owings Mills. Not this year.

OWINGS MILLS, Md. — Usually the Ravens rookies’ indoctrination into the NFL begins at the team facility in Owings Mills.

With the building closed the Ravens get to learn remotely. The first day of virtual organized team activities were on Monday.

"We expect them to get up to speed really quickly," said Ravens Head Coach John Harbaugh. "I really expect those guys, even with our present situation, we’re going to go to work next week with some individual meetings, some of those virtual meetings we’re going to have, start teaching them the playbook right away."

Ten players were added by way of the draft. Several undrafted free agents signed as well.

"It was a good three days. I think we got a lot accomplished," said Ravens General Manager Eric DeCosta.

Of course the headliners of the 2020 draft class are inside linebacker Patrick Queen, taken in the first round 28th overall from the national champion LSU Tigers, and running back J.K. Dobbins. He was selected in the second round from an Ohio State program that is a perennial contender and made the national semifinal last year.

One of the sleeper picks could be offensive lineman Ben Bredeson. He was taken in the fourth round and played under John Harbaugh’s brother Jim at Michigan.

"[He's a] leader by example and vocal. No nonsense. All football all the time," said John Harbaugh.

Among the highlights of the 2020 Ravens draft class are a couple of wide receivers. Devin Duvernay was picked 92nd overall out of Texas. DeCosta called him one of his favorite players in the draft. James Proche was selected 201st out of SMU. He could help in the return game.

Part of the undrafted free agent class is Boys’ Latin grad Dom Maggio. The Monkton, Md. native is a punter out of Wake Forest and a former WMAR Student Athlete of the Week.

John Harbaugh saod the coaches are allowed some virtual one-on-one time with the rookies to talk through the playbook. They are also allowed to work with them on their physical training.