Ravens selections on night two of the 2020 NFL Draft 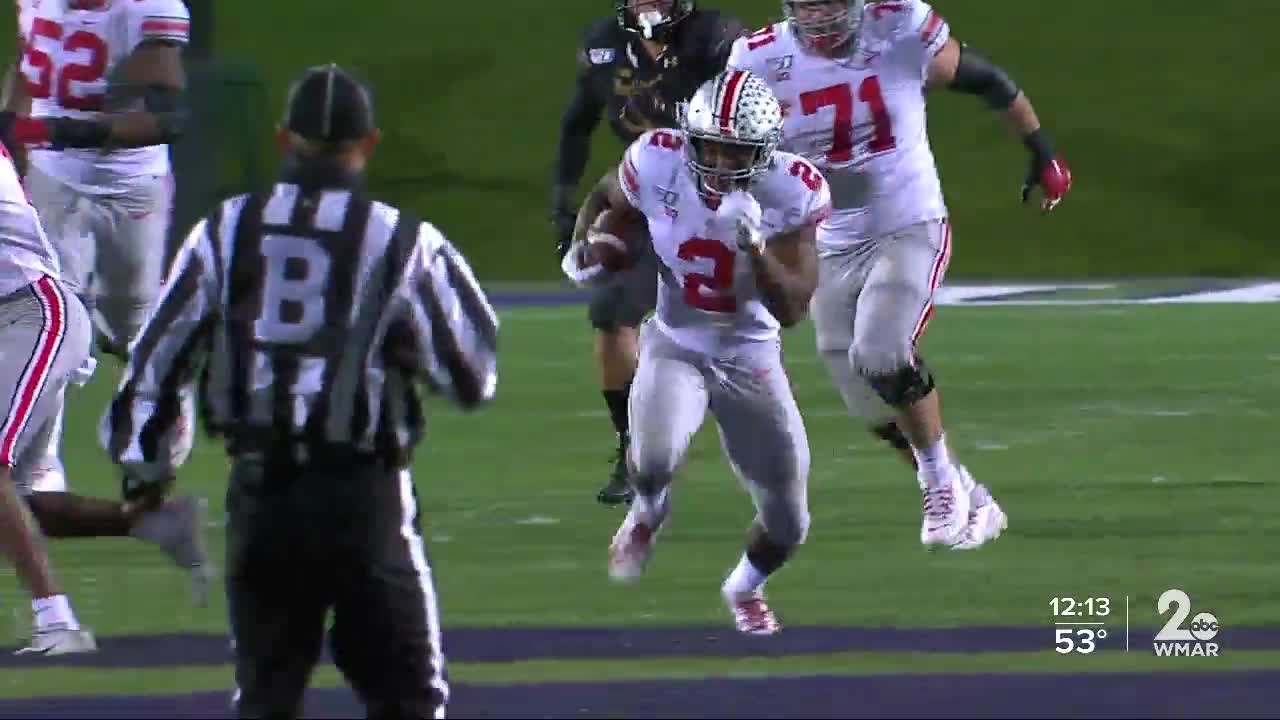 The Ravens first pick of night two came at number 55 with running back J.K. Dobbins out of Ohio State!

The second and third rounds of the 2020 NFL Draft got underway on Friday, with the first pick of the night going to the Bengals, they selected wide receiver Tee Higgins out of Clemson.

The Ravens first pick of night two came at number 55 with running back J.K. Dobbins out of Ohio State!

With the 71st pick, the Ravens selected DT Justin Madubuike out of Texas A&M.

Since I was young it has been a dream of mine to get this call. I’M EXCITED TO BE ON THE BALTIMORE @RAVENS‼️‼️@Bose #BoseHeadphones #TeamBose #NFLDraft #RavensFlock #Sponsored pic.twitter.com/TGXgf5pCC7

With the 92nd pick in the draft, the Ravens have selected Devin Duvernay, wide receiver out of Texas.

With the 98th pick, the Ravens selected Malik Harrison, linebacker out of Ohio State.

With the 106th pick in the draft, the Ravens have selected Tyre Phillips, guard, Mississippi State.

They Ravens linebacker Patrick Queen on Thursday with the 28th pick. Queen was named Defensive MVP of the 2020 National Championship Game after making eight tackles and a combined sack against Clemson.