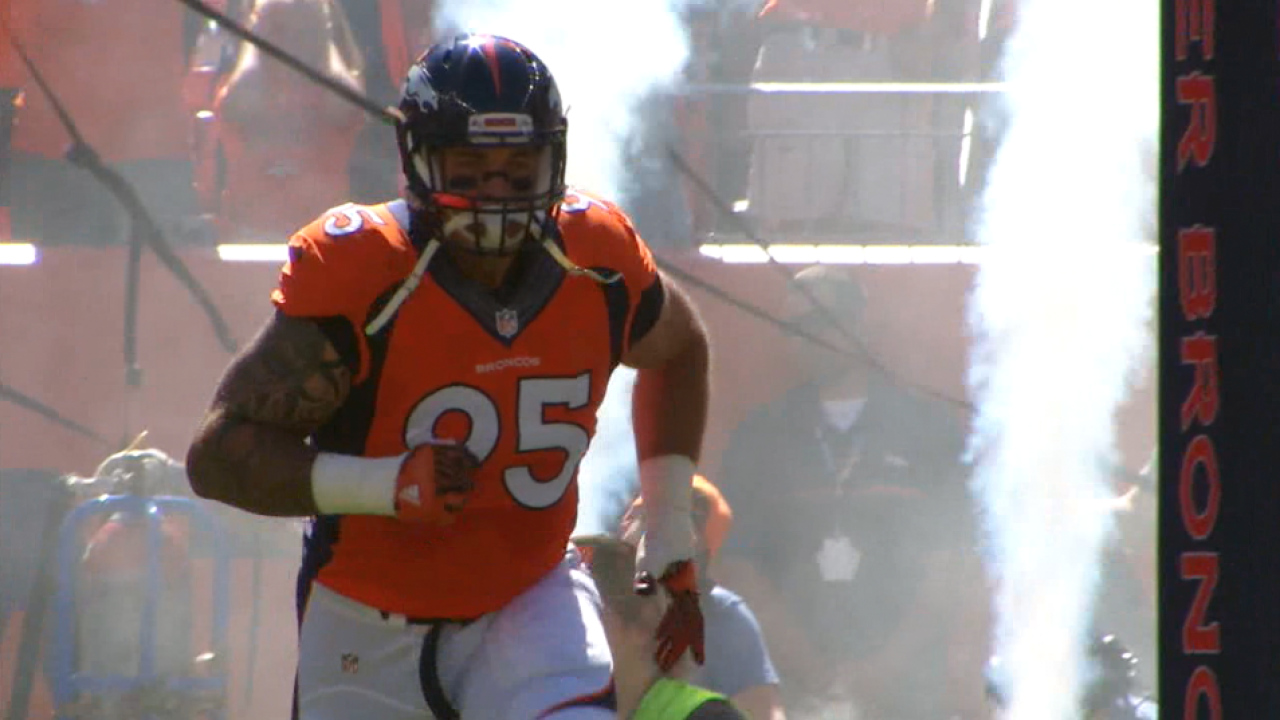 BALTIMORE, Md. — He is coming off a career year.

He is motivated for another one.

This time in Baltimore.

"My first choice was the Ravens," said new Ravens defensive end Derek Wolfe on a video conference. "I saw that [Michael] Brockers didn’t pass his physical and immediately called my agent and said, 'What’s going on with the Ravens?' He said, 'I’m already on the phone with them.' I was like, 'Yes'.

Wolfe tallied a career-high seven sacks last season with the Denver Broncos, a place where he spent the first eight years of his career. The 30-year-old inked a one-year deal with Baltimore worth up to $6 million. He is already eyeing more.

"I feel like if I can come in there and prove myself they’ll extend me for a few years," he said.

Wolfe signed with the Ravens after Baltimore's deal with defensive end Michael Brockers fell through because of a failed physical.

Wolfe is the latest addition to a retooled defensive line. He joins veteran Pro Bowl defensive end Calais Campbell, who came to the Ravens via a trade with Jacksonville. That duo alongside Brandon Williams should result in big things.

"As a defense, as a whole, I think we’ll be able to eat these quarterbacks up," said Wolfe.

On the subject of eating and quarterbacks, Wolfe is quite familiar with the best QB in Ravens history. Joe Flacco was one of his teammates last year.

"I actually ate breakfast with Joe every morning," said Wolfe. "He always would tell me how great of an organization that the Ravens were."

A question mark Wolfe comes with is his health. He has suffered injuries throughout his career. Last season he played 12 games before dislocating his elbow. Still, he is all confidence moving forward.

"Turn on the film from last year," he said. "That’s all you really have to do is just turn the film on. I think that I have a lot of football left."

Wolfe said he is not too worried about the coronavirus confinement affecting his acclimation to the Ravens’ defensive scheme. As far as on-field work before the season, he thinks players really only need about two weeks of training camp.