Campbell on Ravens: 'Very capable of winning the Super Bowl' 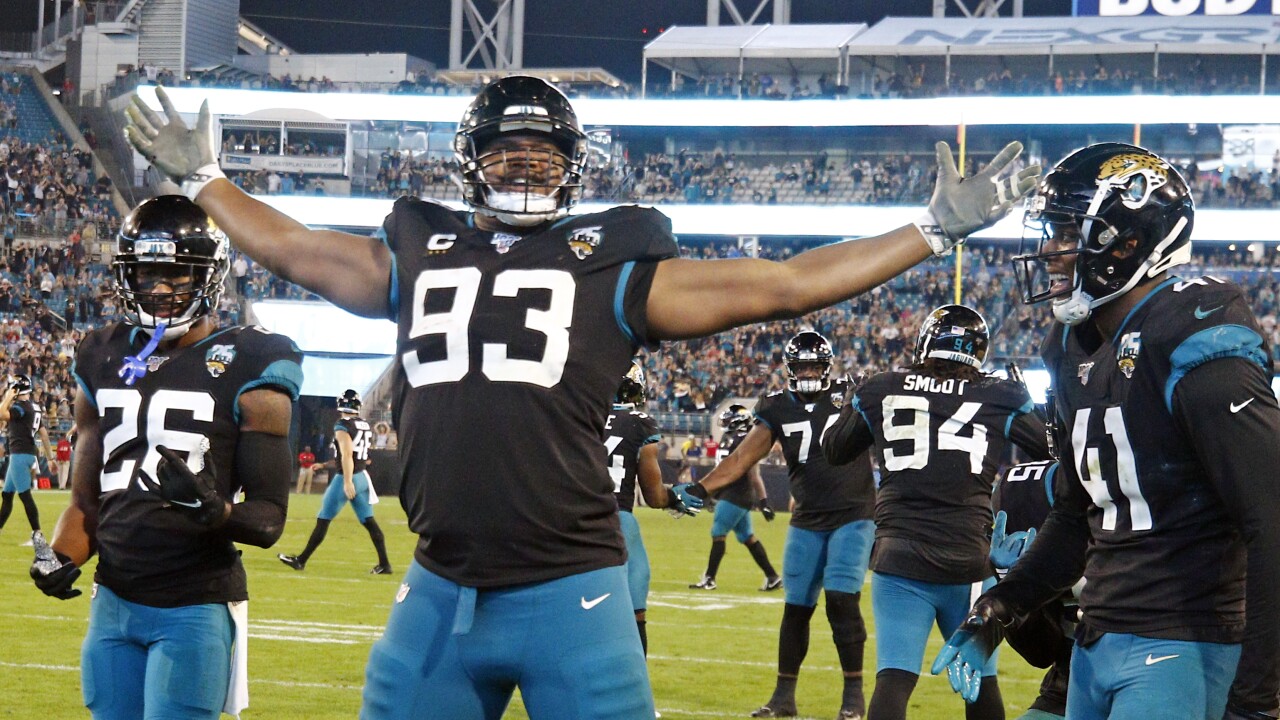 Stephen B. Morton/AP
Jacksonville Jaguars defensive end Calais Campbell (93) celebrates his touchdown against the Indianapolis Colts on a fumble recovery with safety Jarrod Wilson (26) and linebacker Josh Allen (41) during the second half of an NFL football game, Sunday, Dec. 29, 2019, in Jacksonville, Fla. (AP Photo/Stephen B. Morton)

"I have no doubts about it. This team is going to be very, very good this year and very, very capable of winning the Super Bowl," he said.

The 33-year-old defensive end spoke on a conference call Thursday. He answered questions for the first time since he was traded last week from Jacksonville to Baltimore in exchange for a fifth-round pick in the upcoming draft.

"14-2 last year. Very talented young team. Core nucleus," Campbell said about the Ravens. "I believe that my versatility - lined up all over the defensive line and being able to blitz and being able to move laterally and then get vertical - is a very big strength of mine."

The 6-foot-8, 300-pounder is a five-time Pro-Bowler. He has 31.5 sacks over the last three years and registered 6.5 last season. He is one of the most respected veterans in the game.

But his 13th NFL off-season is unprecedented. The coronavirus outbreak has forced NFL facilities to close.

"It’s going to be kind of tricky. This is unique. We’re not sure when we’re going to be in the building. It might be a while," he said. "We might miss all of OTA's (organized team activities), which is the prime opportunity for me to really learn the playbook."

Campbell added that coaches are in the process of figuring out how to possibly hold virtual organized team activities if need be.

"As long as I get the playbook and I can watch some tape I should be okay running the system," he said.

Campbell signed a new two-year contract with the Ravens worth up to $27 million, $20 million guaranteed. He said four or five teams were interested in acquiring him from Jacksonville and he took less money to come to and stay with the Ravens.