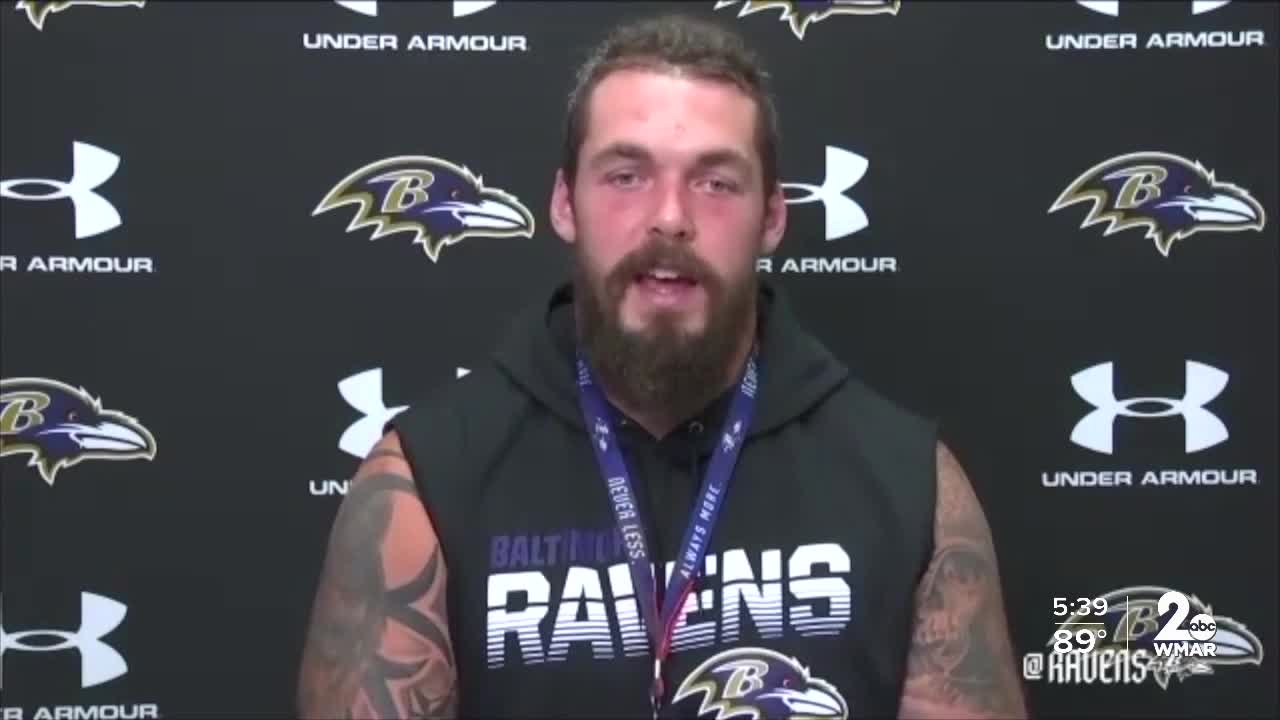 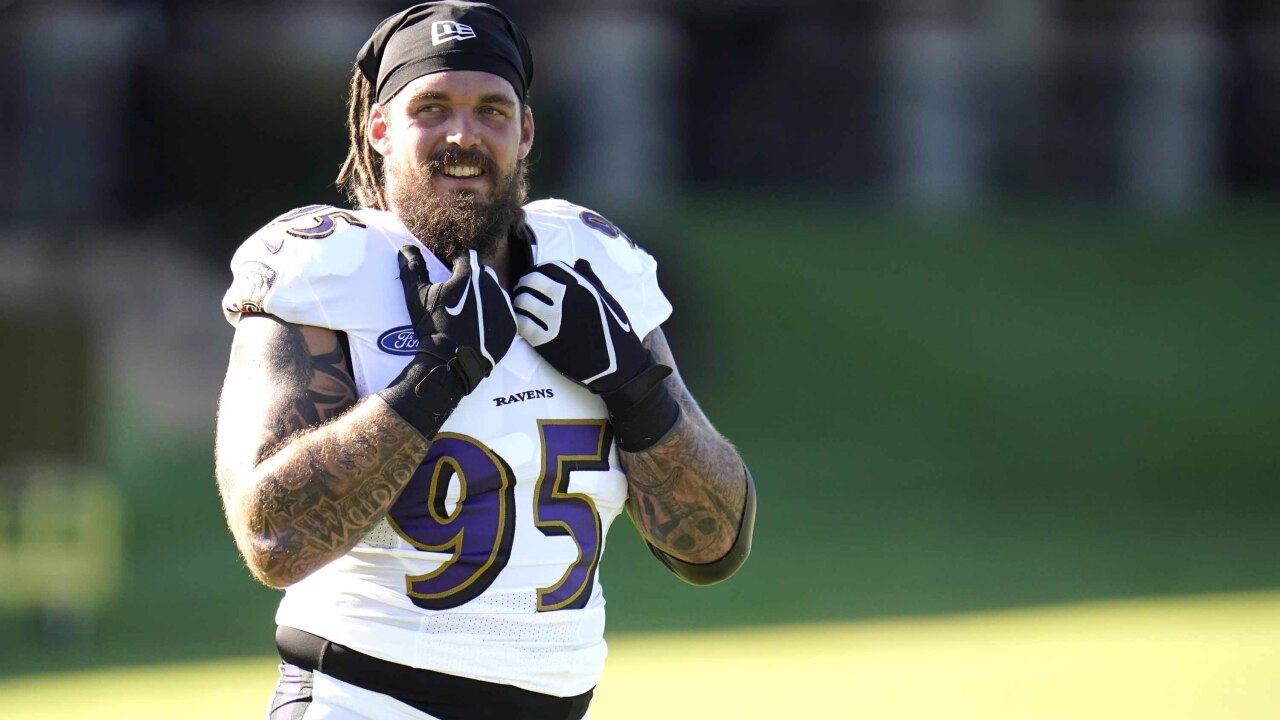 OWINGS MILLS, Md. — The 'Wolfe' has found his new den.

The 6-foot-5, 285 lbs. defensive end was signed as a free agent from the Broncos in the offseason. Head Coach John Harbaugh said he’s been better than advertised.

"He’s really having a great camp," said Harbaugh. "Tremendous guy, big time leader. Just everything that we were looking for he’s bringing to the table."

Part of what the Ravens think it will take is a retooled defensive line. Wolfe was brought in along with veteran Pro Bowl defensive end Calais Campbell.

"I couldn’t be more grateful to have a guy like Calais on the team," said Wolfe. "Every single day I pick his brain. He picks my brain and we compete with each other. It’s fun to have competition."

Teamed with the 6-foot-8, 300 lbs. Campbell, Brandon Williams and others on the on the D-line, Wolfe is thinking big.

"I was talking to Baby (Brandon Wiliams) and Calais about it yesterday, about how special we can really be," he said.

The northeast Ohio native wants a special defense like the ones from Baltimore he watched growing up, namely that group from 2000.

"That’s how I learned to play defense, was from watching the Ravens and how they played flying to the ball, ripping the ball out, physical, being nasty and gritty and very humble," said Wolfe. "That’s the kind of football I like to play."

He’ll begin playing that type of football on September 13 when the Ravens open the season against his hometown Browns.