Turgeon on upcoming Big Ten Tournament: "There's no pressure on us." 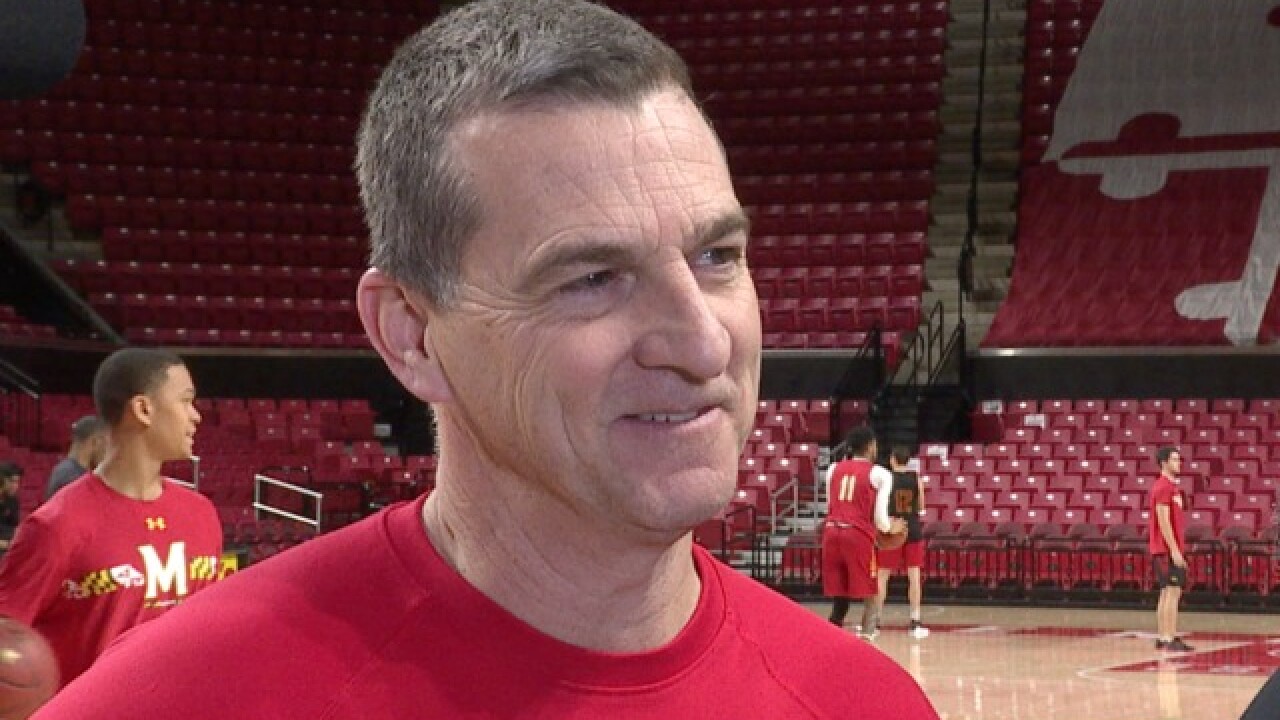 Coming off the worst home loss of the Mark Turgeon era, a 24-point defeat to Michigan over the weekend, the Maryland Terrapins men’s basketball team is turning the page. They’re trying to regroup for a good showing in New York City.  Madison Square Garden is the site of this week’s Big Ten Tournament.

“There’s no pressure on us. There really isn’t,” said Terps Head Coach Mark Turgeon. “We just got to go up there and just stick together and play well.”

Sticking together has to be a rallying cry for these Terps.

Maryland is in danger of missing the NCAA Tournament for the first time since 2014. The only way they get to the big dance this year is by pulling off an upset of massive proportions and winning the Big Ten crown.

“You hope it becomes magical. You hope the guys play at least up to the way they're capable of playing, but maybe a little bit more,” said Turgeon.

Darryl Morsell is well aware of the circumstances. This will be the freshman’s first taste of conference tournament intensity. After years of watching on TV, the Baltimore native is ready college hoops in March.

“I’m definitely looking forward to it,” said the Terps guard. “I think it’s going to be a great experience going down to New York. This will be my first time playing at Madison Square Garden. I’m looking to go out and play my hardest and hopefully get some wins for this team.”

The Terps are seeded eighth in the tourney. They play nine seed Wisconsin on Thursday at Noon. Maryland beat the Badgers 68-63 at Xfinity Center on February 4. The winner of Thursday’s game gets top seed Michigan State on Friday.