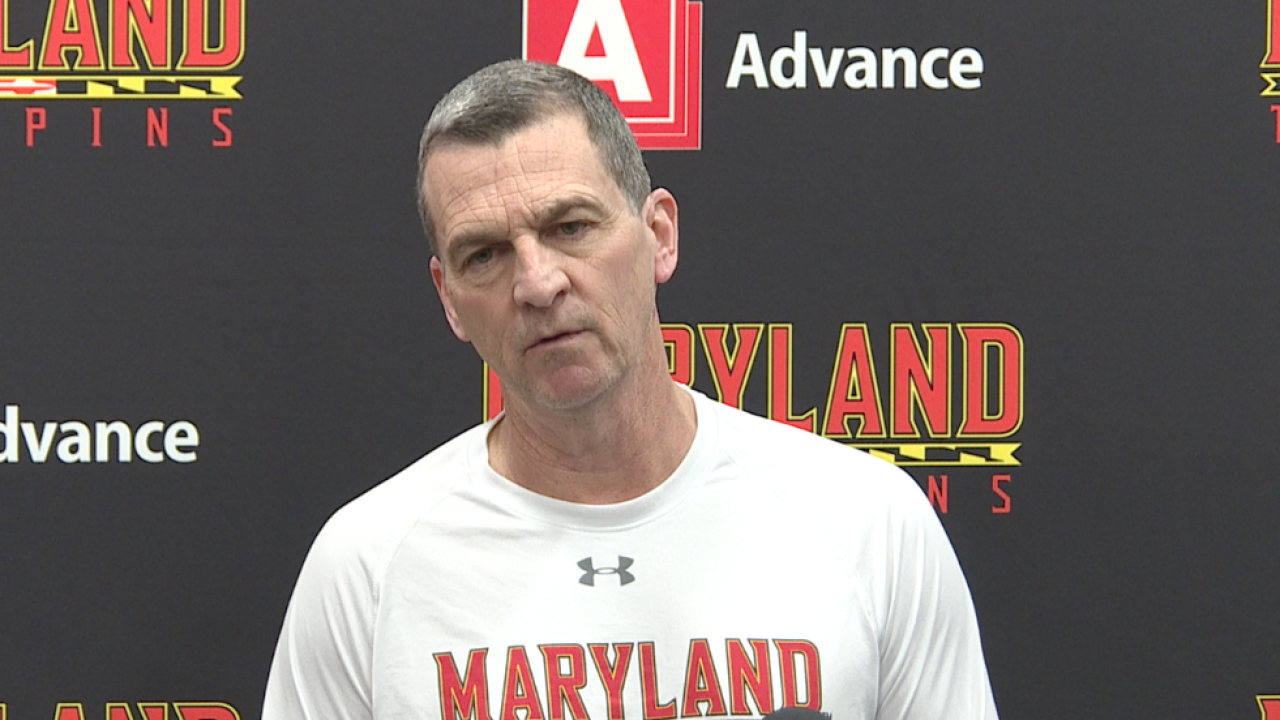 COLLEGE PARK, Md. — One more tune-up for the postseason.

"At this moment it's getting ready for tournament time. We just want to be the best team we can be going into it," said Terps guard Eric Ayala.

The Terps host Minnesota Friday in the final game of the regular season. They beat the Golden Gophers by 15 exactly two months ago. But, this is a different Gophers team.

They are coming off an upset over No. 11 Purdue. Minny's sparkplug was guard Amir Coffey. He matched his career high with 32 points against the Boilermakers in a 73-69 win on Tuesday.

"Coffey, he's a talented scorer. Respect to him but we have a great defender in Darryl Morsell," said Ayala.

"A couple years ago we went to their place and won. Then they came in and beat us," said Terps Head Coach Mark Turgeon. "So, we're well aware. We just want to play well."

They need to because there's a lot on the line.

The Terps will finish either fourth or fifth in the Big Ten Conference standings. They want that four seed, which comes with a double bye into the Big Ten Tournament quarterfinal round.

For that to happen Maryland must:

1. Defeat Minnesota on Friday and...

2. Michigan State must defeat Michigan on Saturday and...

3. Purdue must defeat Northwestern on Saturday and...

The odds are slim. But there's a chance.

"It's in the back of our minds but we're kind of just focusing on towards Friday," said Ayala. "If we don't win none of that will matter at the end of the day."

The 24th ranked Terps have to play better than they did their last time out against 7th ranked Michigan.

"We didn't win the game so you're always down about that. But I told the guys I was encouraged," said Turgeon about the 69-62 loss to Michigan last Sunday. "I watched the film. I was encouraged. I think we got better."

Maryland will honor their two seniors, Andrew Terrell and Ivan Bender, this evening. It's Senior Night.