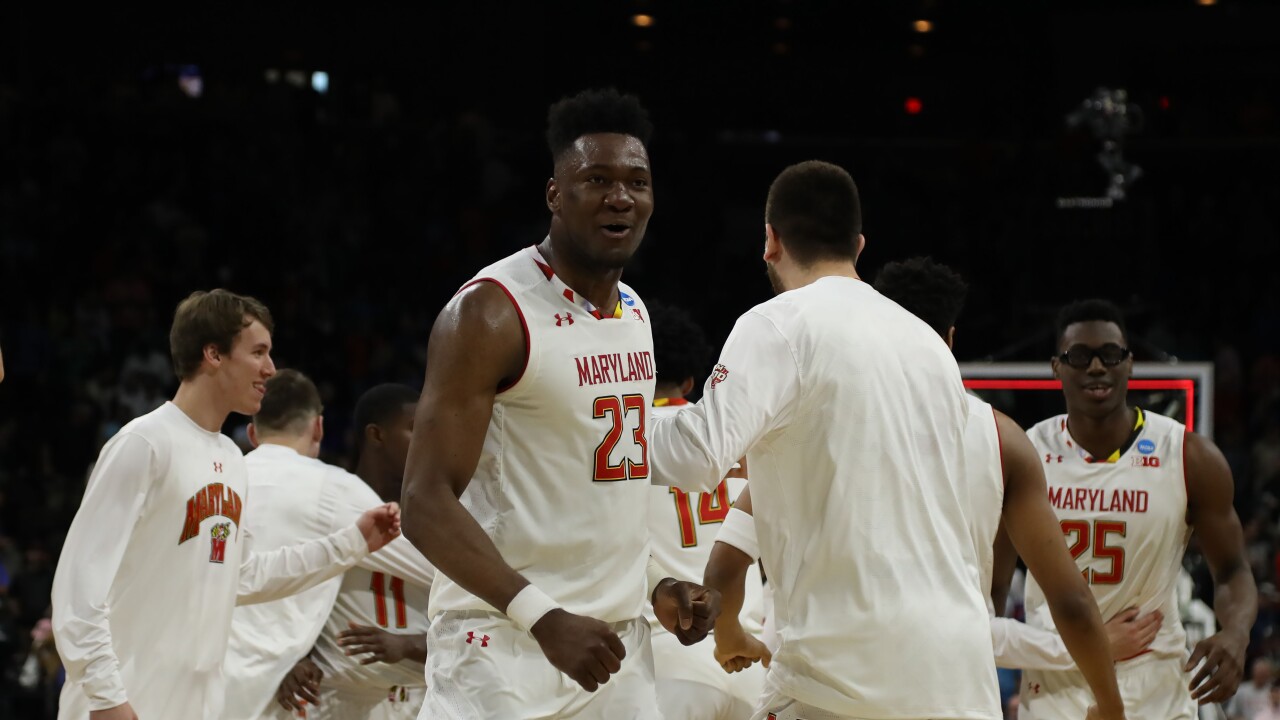 Sam Greenwood/Getty Images
JACKSONVILLE, FLORIDA - MARCH 21: Bruno Fernando #23 of the Maryland Terrapins celebrates a 79-77 win against the Belmont Bruins during the first round of the 2019 NCAA Men's Basketball Tournament at VyStar Jacksonville Veterans Memorial Arena on March 21, 2019 in Jacksonville, Florida. (Photo by Sam Greenwood/Getty Images)

JACKSONVILLE, Fla. — For the first time since 2016 the Maryland Terrapins men's basketball team has a postseason victory.

The sixth-seeded Terps defeated 11th-seeded Belmont 79-77 on Thursday in the first round of the NCAA Tournament.

Maryland advances to face third-seeded LSU, on Saturday, in the round of 32.