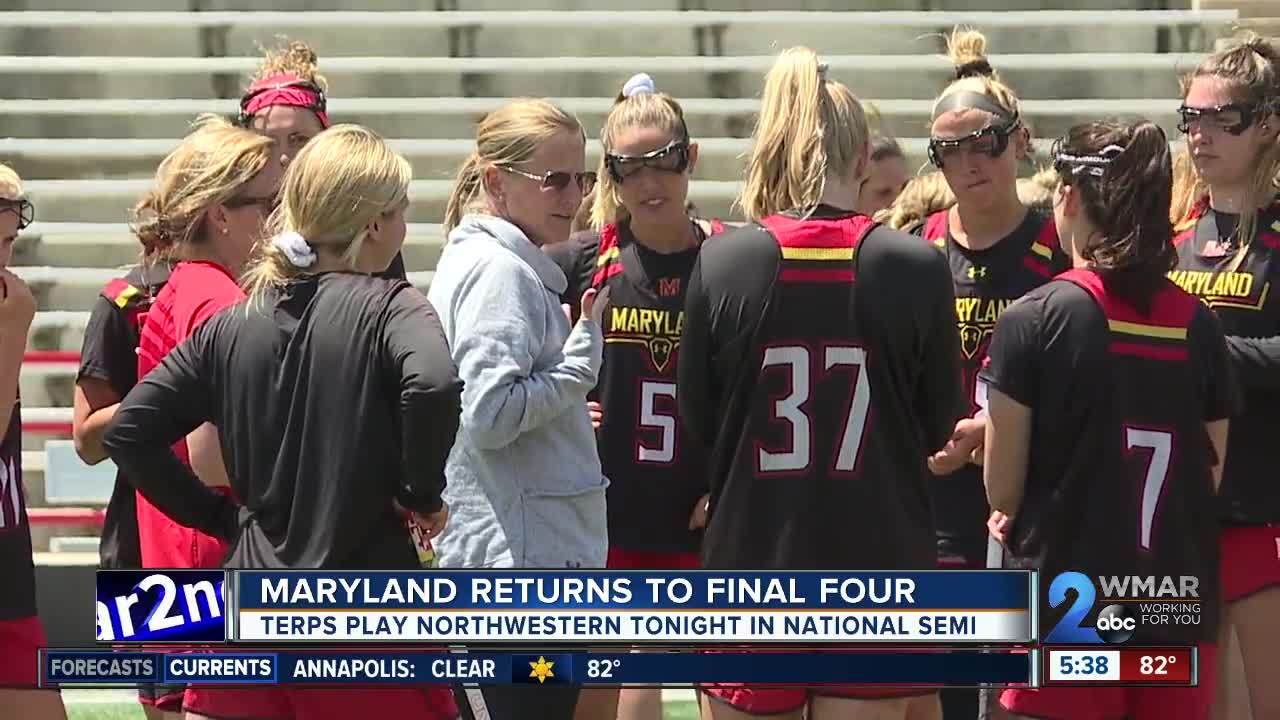 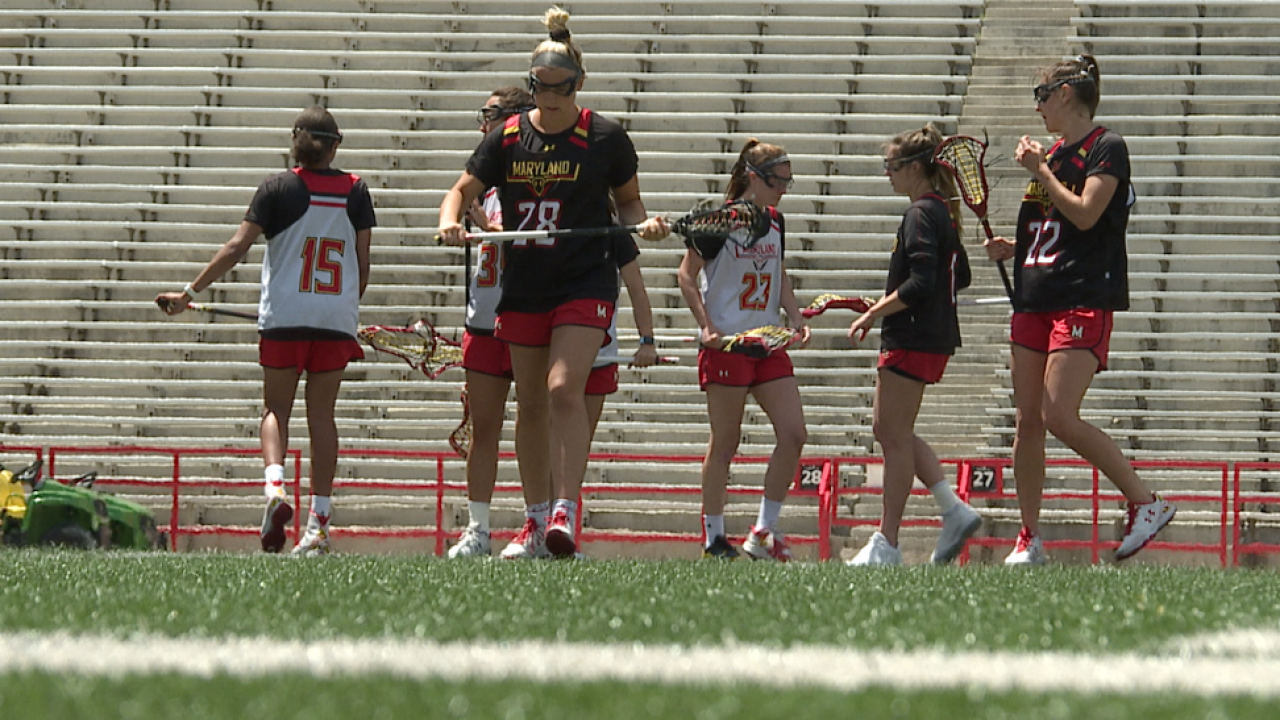 COLLEGE PARK, Md. — It's another Final Four for the Maryland women's lacrosse team.

Eleven straight if you're counting.

“We never take it for granted, every single year that we've been here,” said Terps attack Caroline Steele. “This is incredible. We're one of four teams to keep playing.”

“It's awesome. That's what you shoot for. Here, at Maryland, we come in every year and our goal is to compete for championships,” said Terps Head Coach Cathy Reese.

The Terps take the field on Friday, in the NCAA Tournament national semifinal, looking for their fourth national championship in six years.

“I mean, it's going to be so much fun,” added Steele. “Honestly I get chills even thinking about walking out of that locker room. I cannot wait.”

They'll walk out of that locker room with the confidence and swagger of knowing how to play on the big stage.

The top-seeded Terps take on fourth-seeded Northwestern, the only team to beat Maryland this year. They topped the Terrapins in the Big Ten Tournament title game.

“We didn't play the best we could. Didn't end the way we hoped,” said Terps defender Julia Braig. “But it definitely really fueled our fire.”

“It happened. It's over. We can't change the past. So, it's something we're using to reflect on and see where we can get better,” said Terps midfielder Jen Giles.

Like tonight's game, that one was played at Johns Hopkins. Expect a pro-Terrapin heavy crowd this evening.

“We're so excited that it's here in Maryland and we'll have, hopefully, a lot of fans come out. Just be able to work off their energy,” added Giles.

Maryland leads the nation with 35 NCAA appearances and are also tops in wins (72), championship game appearances (21) and NCAA titles (13).

The Terps and Wildcats are set to play at 7:30 p.m. at Homewood Field.

The winner of the game advances to play either North Carolina or Boston College on Sunday for the national championship.