Terps on bye before Penn State, will welcome back Friedgen for game 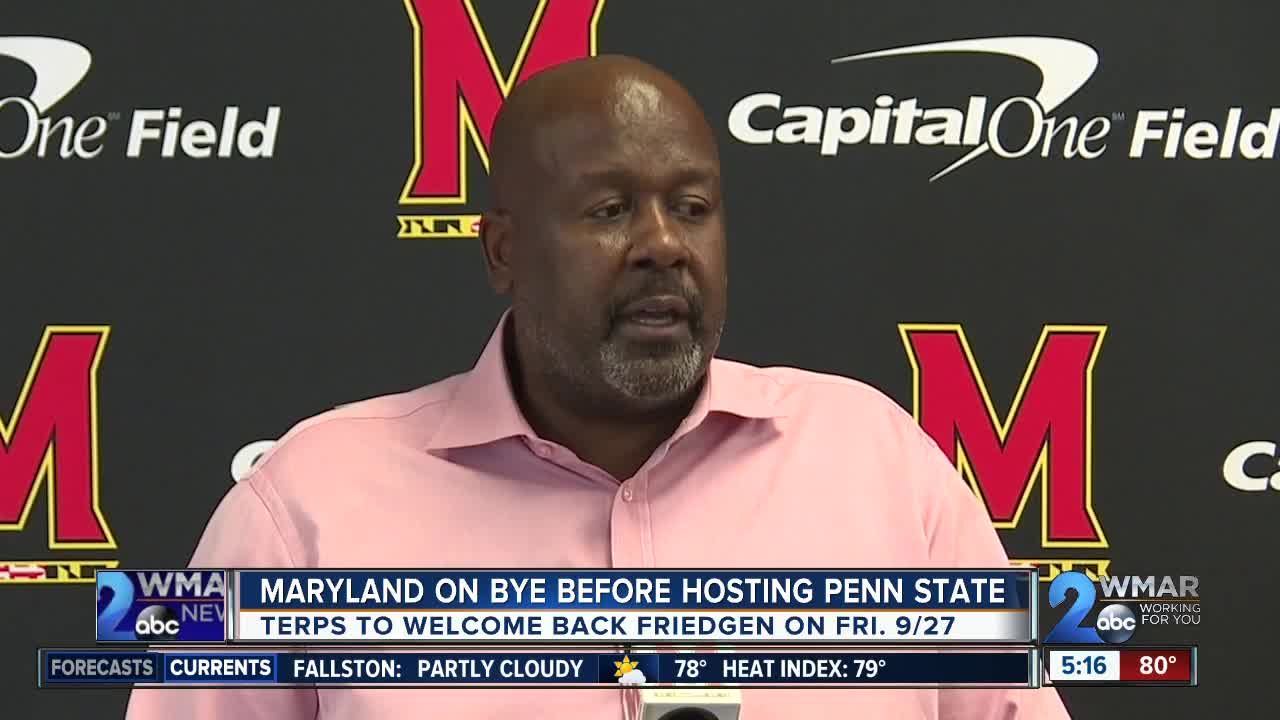 The Terps had their chances against Temple last Saturday. They engineered two trips inside the Owls’ ten yard line over the final five minutes of regulation and had two chances from the one yard line. Both were stuffed before they lost 20-17.

“Very disappointed that with the backs we have, and what we are capable and have shown the ability to be up front, that we couldn’t do it,” said Locksley. “It’s my job to show our team how to win these close games. That’s on me.”

Now Locksley has some extra time to show them. The Terps (2-1) are enjoying a bye week.

“The bye couldn’t have come at a better time for us, for us to be able to delve into the why and we’ll use this week to figure that out,” he said.

They’ll also get some much-needed rest before their next opponent and one of the most hyped home games in years.

“We’ll get a jump-start on Penn State. We’ll hit the fundamental things that we need to improve. We’ll self scout ourselves,” Locksley said about what his team will do during the bye week.

The Terps also announced on Tuesday that a Maryland coaching legend will make his return for the game against the Nittany Lions.

Ralph Friedgen will be honored during the first half of the game. Locksley is a former assistant under Friedgen.

“He is a guy that I have the utmost respect for, that I’ve always looked up to as a guy that loves and has passion for this place like I do,” said Locksley.

Friedgen coached the Terps from 2001-2010. He earned 75 wins and a school-record five bowl game victories.