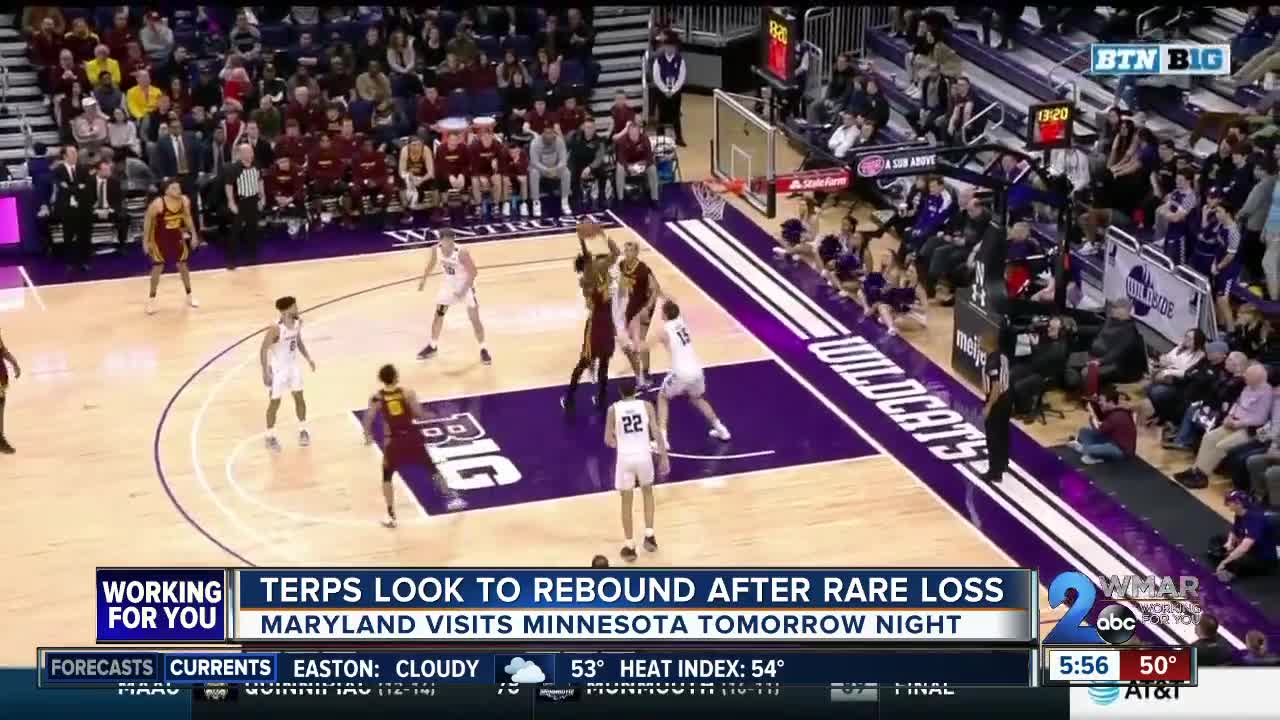 There’s an odd feeling around the University of Maryland men’s basketball team. They’re on the rebound.

They’re on the rebound.

For the first time in over a month, they’ll take the floor after a loss.

“We’ve been responding great. [We] put the game behind us,” said forward Jalen Smith.

“Coming off a loss we’re just ready to come back, bounce back,” added guard Aaron Wiggins.

The Terrapins' nine-game win streak was snapped on Sunday at Ohio State. They lost to the Buckeyes 79-72.

“We battled Sunday. It’s not like we laid an egg,” said Head Coach Mark Turgeon. “Ohio State played great and we battled.”

Anthony Cowan Jr. and Jalen Smith combined for only 18 points against the Buckeyes. Cowan was called for a technical foul with 3:54 to go in the game. The senior explained the incident on Tuesday.

“In the anger I did a kicking motion [toward the Buckeyes’ Kaleb Wesson]. You all know I’m not going to try and hurt nobody, especially on no basketball court. I did it and I got to take what I got for it,” he said.

Maryland (22-5, 12-4) gets back at it on Wednesday at Minnesota. The Terps maintain a two-game lead for first place in the Big Ten with four games to play. The Golden Gophers (13-13, 7-9) are battling it out at the bottom of the conference and trying to gain some momentum for an NCAA Tournament bid.

Wednesday night’s game will be an historic one for the Maryland program and Cowan. The senior guard is expected to set the Terps’ consecutive starts record by playing in his 127th straight game. He has started every game of his career. His 126 consecutive starts are currently tied with Keith Booth (1993-97).

“It’s huge to be in the same sentence as Keith Booth. It’s huge,” said Cowan. “Just to have the opportunity coach gave me to play so early, and be able to start so many games, it’s definitely a blessing.”

Tip time on Wednesday in Minneapolis is set for 9:00 p.m.