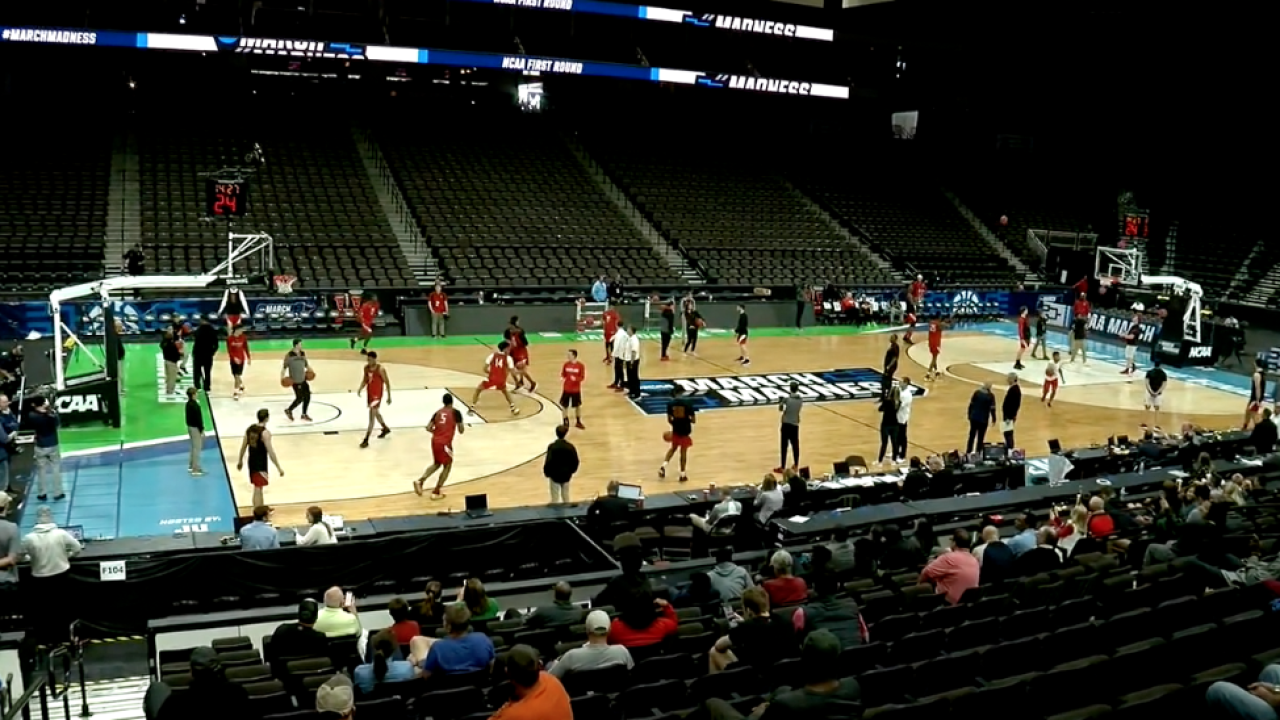 Inside that venue on Thursday is where they'll try to reverse a recent postseason and regular season trend.

The Terps enter the NCAA Tournament losers of three of their last four games, including one-and-done in the 2019 Big Ten Tournament.

Head Coach Mark Turgeon isn't stressed by the outside critics.

“People tend to overreact. Us, in the know and in the middle of it, we don't,” he said. “We're disappointed in the way we played our last game but we're excited to play well tomorrow and I believe in my team.”

The last time the Terps played a game they lost their lone conference tourney contest, a 69-61 defeat at the hands of Nebraska last Thursday.

“I think we got to just stay positive,” said Terps forward Bruno Fernando. “That is the beauty in sport. There is always a next half, next shot, next game. We got a chance to play another game here."

That game for sixth-seeded Maryland is against No. 11 Belmont. It's scheduled for Thursday at 3:10 p.m. The Bruins beat Temple Tuesday night in the First Four play-in game, 81-70.

Anthony Cowan, Jr. and company have very little time to prepare for their next opponent.

”Belmont is a really good team,“ said the Terps guard. ”But, I think we're just going to stay with our defensive press. Do what we do on offense. Then we just got to treat it like another game.“

But it isn't just another game.

”Being here, being selected as one of the teams to play here, it's kind of an opportunity for us to really leave everything else behind us and just focus on what we got in front of us,“ said Fernando.

”We're extremely exited to be here. It's been quite a journey for this young team to get to this point,“ added Turgeon. ”We're really proud of ourselves and happy to be here. Hopefully going to be playing our best basketball this weekend.“