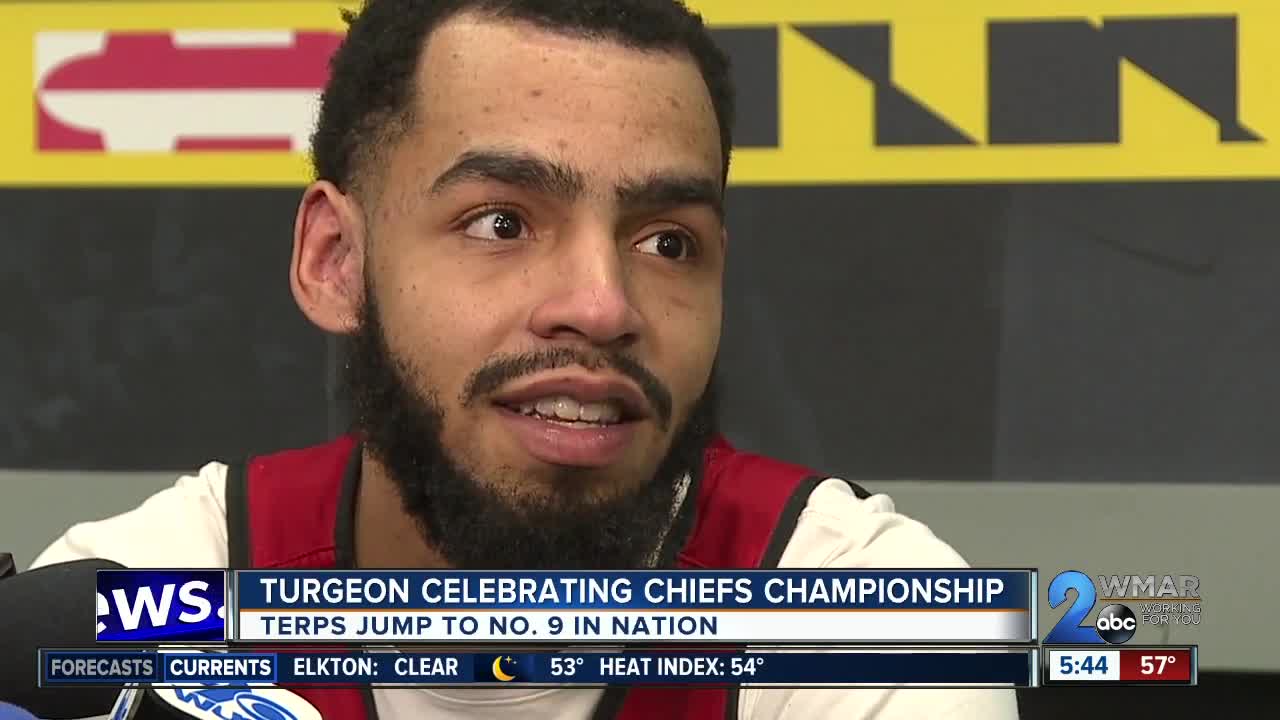 Mark Turgeon is a happy man. “It was worth the wait. 50 years,” said the Terps head men’s basketball coach.

“It was worth the wait. 50 years,” said the Terps head men’s basketball coach.

“I’ve been a die-hard since I can remember so it was pretty cool,” he said on Monday. “I tried not to get too uptight. I had to change my position, we turned the lights off, not that I’m superstitious. Didn’t sit down the last ten minutes of the game. So, it all worked out.”

Turgeon posted a celebratory picture on social media from his home on Sunday night.

As for work, his Terps have posted four straight wins. On Monday they were up six spots to No. 9 in the Associated Press national rankings. They are back in the top ten for the first time since they were ranked seventh seven weeks ago.

But that number in front of their name is just a number to them. After being as high as No. 3 this season and as low as No. 17, they are not taking their jump in the rankings too seriously. Guard Eric Ayala didn’t even know the Terps’ new ranking until he asked about it around 3:00 p.m. on Monday. The rankings were released at noon.

“At this point in the season you either win or you don’t,” said guard Anthony Cowan.

The Terps’ last win came Thursday against Iowa. Cowan went off against the Hawkeyes. He scored a career-high 31 points. He was named Big Ten Player of the Week on Monday.

It is the second consecutive week Maryland has won the honor, as Jalen Smith earned the honor last week. The Terps last won back-to-back conference player of the week honors in 2007, when D.J. Strawberry claimed the ACC Player of the Week honors on Feb. 19 and Feb. 26.

Tip time at Xfinity Center on Thursday is at 7:00 p.m.