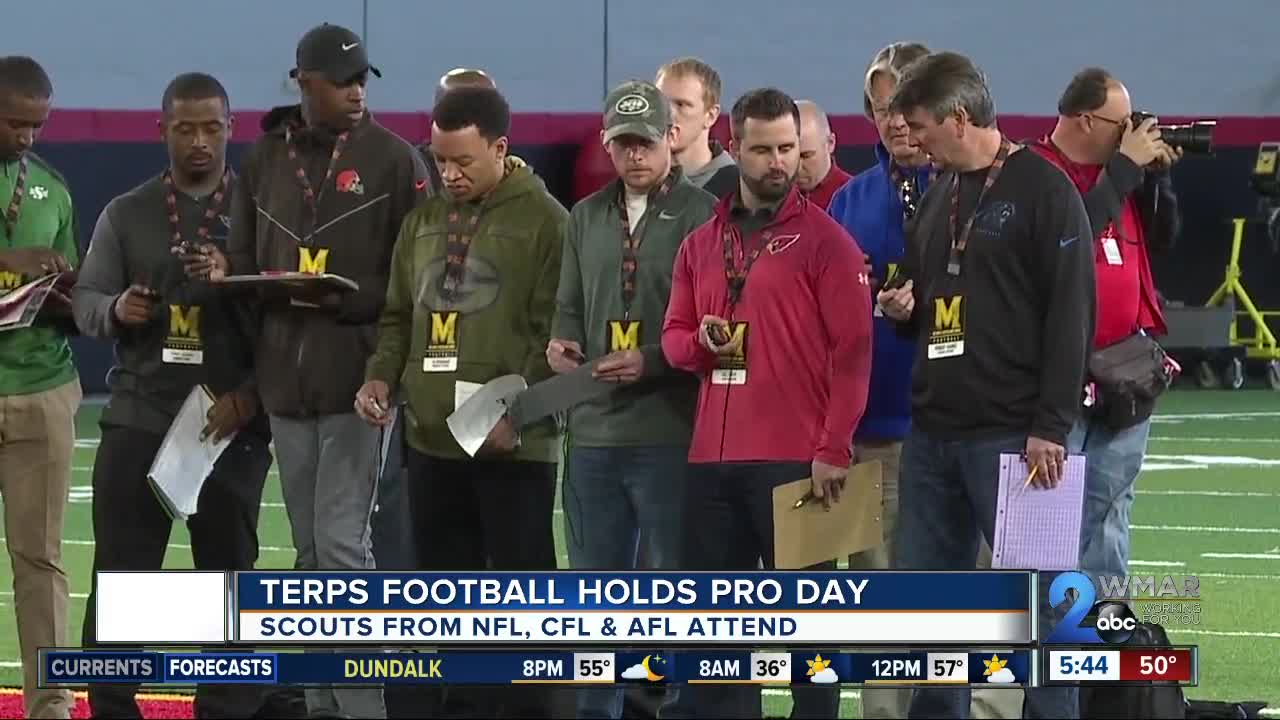 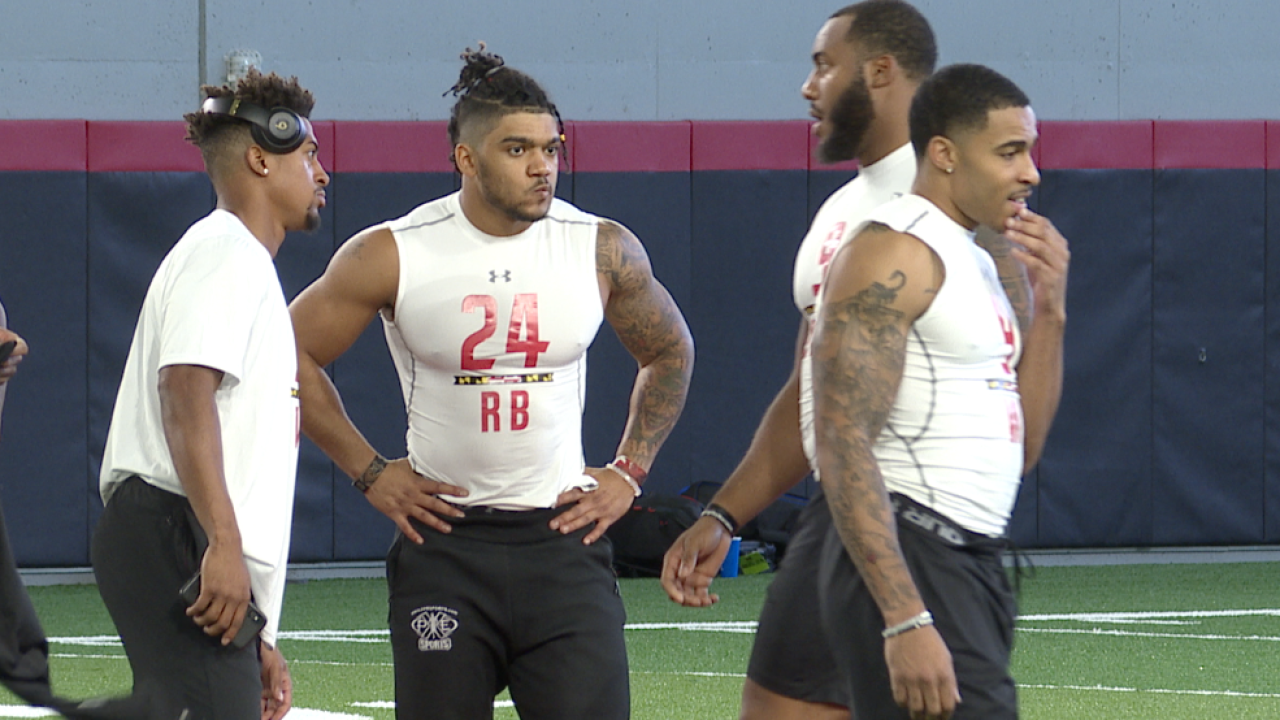 BALTIMORE, Md. — It was a day to impress for Terps football players.

The University of Maryland held its annual Pro Day on Wednesday.

40 scouts, coaches and player personnel from pro football teams were in attendance. The National Football League (29 teams including the Ravens), Canadian Football League and Arena Football League were represented. They were all there to watch 15 draft-eligible Terps run drills and tests inside Cole Field House.

Darnell Savage was the main attraction.

“I feel like we all have a good chance to be on an NFL team. I know those guys are working just as hard as I am,” he said.

Projected to be the highest Terrapin drafted, the safety already participated in the NFL Combine earlier this month and put up impressive numbers. On Wednesday he only did on-field position drills.

“I think I did good,” said Savage. “There is always room for improvement. I’m just happy to be in this position and to have these opportunities.”

For the guys not invited to the Combine, like running back Ty Johnson and linebacker Tre Watson, Wednesday was a chance to show out. Johnson said he had a chip on his shoulder.

“When I was watching the Combine in my hotel room down in Florida I was just tapping my foot,” said Johnson. “I was like ‘Man, these guys.’ There are some guys I know personally that ran and they ran well. But some of those guys I was like ‘Come on, man.’”

“It’s just another bump in the road but today was a big relief and opportunity to overcome those things,” added Watson.

Johnson’s day was unfortunately cut short. He said he felt some tightness running the 40-yard dash. Before the injury he clocked an unofficial 40 time of 4.26 seconds.

Part of the pre-draft process for these players includes interviews with various teams. They said a topic that comes up frequently is the death of teammate Jordan McNair.

“They just wanted to know how we came together and were able to still compete and play as we did,” said Savage.

“They ask me every single time they talk to me. That’s all they ask about,” said Johnson. “I just tell them it really was rough. It really was a crapshoot. But, at the end of the day, we all came together. We still played every day and even though it might not have been a winning outcome we still tried and gave it our best.”

The NFL Draft gets underway on Thursday April 25. All three days of the draft will air live on WMAR-2.