Terps heading to (another) Final Four 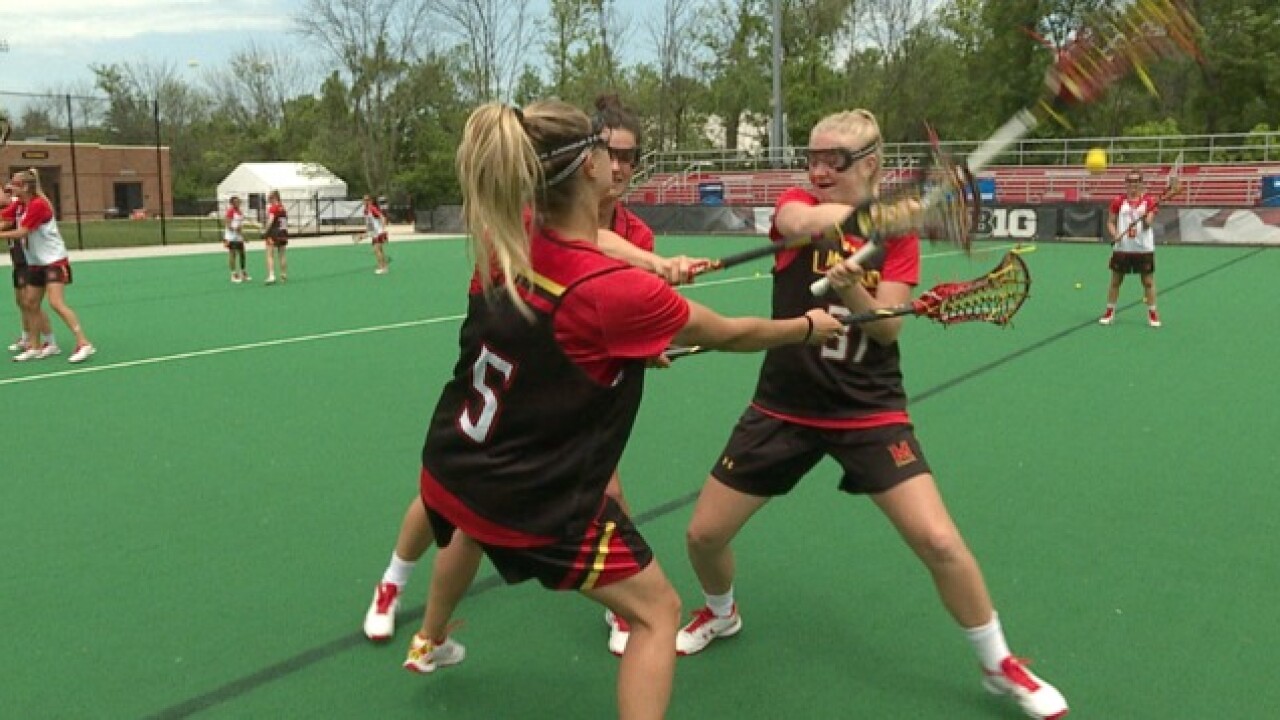 Chalk up another national semifinal appearance for Maryland women’s lacrosse.  Ten straight to be exact.

“We’re so excited,” said Terps midfielder Jen Giles. “It’s such an honor to be in this position. We’re just so excited for it to get started.”

The defending national champions got by Navy on Saturday in the NCAA Tournament quarterfinal in College Park. The Terps topped the Mids 17-15 scoring 6 of the game’s final seven goals.

“It showed this team’s character,” said Terps Head Coach Cathy Reese. “This is a team that never gives up. They always keep fighting.”

“For me, just playing for my teammates. Playing for everything that we’ve worked for all season,” added Giles. “Just wanting it not to end.”

With the victory the Terps senior class finishes their careers an undefeated 47-0 on their home turf.

Next up for Maryland is No. 4 Boston College on Friday. This year’s national semifinal game is a rematch of last year’s national championship contest, of course won by the Terps.

“During tournament time in general, especially the Final Four and especially when teams are playing Maryland, they play their best game against us,” said Whittle. “We saw them last year in the national championship. So, they’re a very talented team, a great program. They will be well prepared for this game and so will we.”