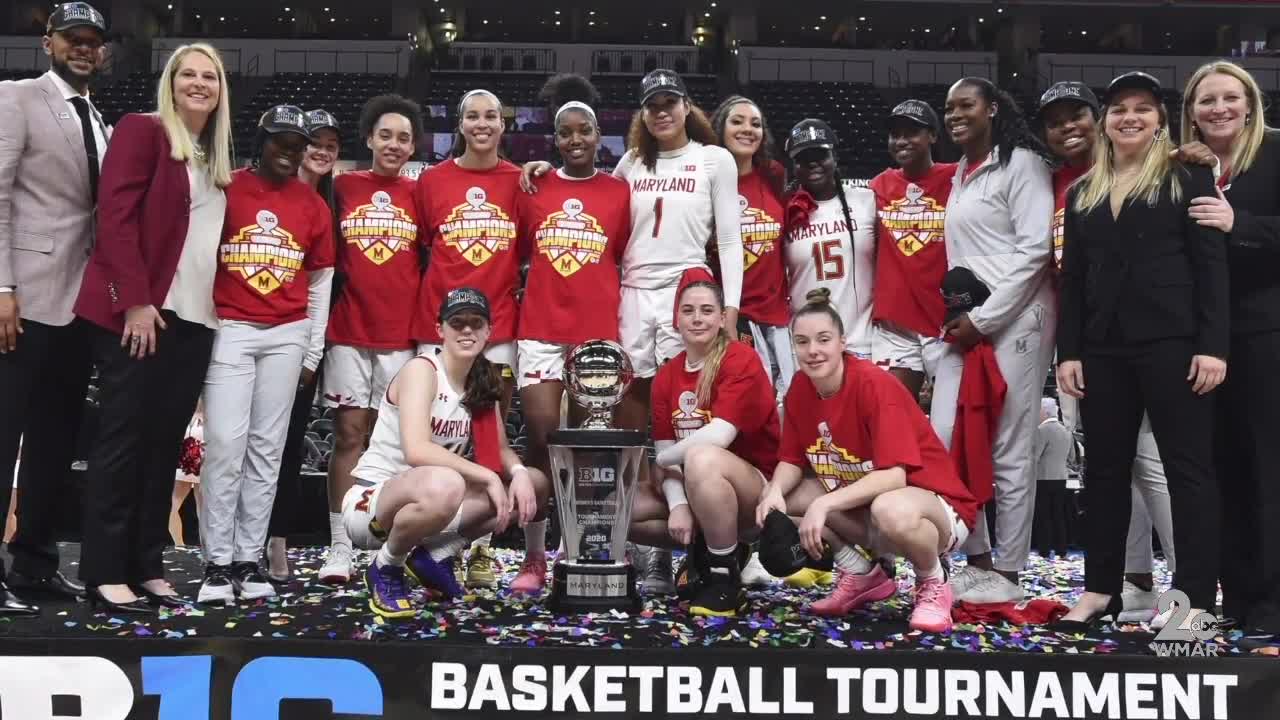 If this was a normal week on the sports calendar we would be getting ready to watch our Maryland Terrapins basketball teams in the NCAA Tournament. Both the men and women had fantastic seasons.

BALTIMORE, Md. — If this was a normal week on the sports calendar we would be getting ready to watch our Maryland Terrapins basketball teams in the NCAA Tournament. Both the men and women had fantastic seasons.

The Terps women finished the year ranked fourth in the country and were preparing to host the first two rounds of the NCAA Tournament in College Park.

The premature ending to this spectacular season hit hard. They got the news that the NCAA Tourney had been canceled as practiced wrapped up last Thursday.

"We all got to be there. We cried. We hugged. We said our I love you’s," said Terps Head Coach Brenda Frese.

Everything was lining up for her Terps to make another deep run at a national title.

"Gosh, we were on a 17-game win streak. We were really playing some of our best basketball," said Frese. "So, we felt like going into the NCAA Tournament is kind of the time when we peak."

They won’t get that chance.

The season is over due to coronavirus concerns. The Terps final record was 28-4. They were Big Ten regular season champions and Big Ten Tournament champions. Frese, speaking to WMAR-2 Sports Reporter Shawn Stepner from her home in Laurel, said those are the moments that live forever.

"I’m so grateful. That was the memory I wanted them to remember," she said. "The last words I said to them was, ‘We’re one of few teams that got to walk off the court with confetti coming down on our heads. You’ll never know. What if? This team had a chance and an opportunity to put another banner up in Xfinity [Center] that we’ll never know that they could do so."

And we’ll never know what kind of magic seniors like Kaila Charles, Blair Watson and Stephanie Jones could have given us in the big dance.

How badly does Frese feel for those girls that never get to put the uniform on again?

"Yeah. You do because it was all coming together," she said. "I think the fact that you felt like this was going to be the run for them."

Even with the disappointment she agrees canceling the NCAA Tourney was the right move.

"I think being cautious is the way to go because there’s just so many unknowns for all of us."