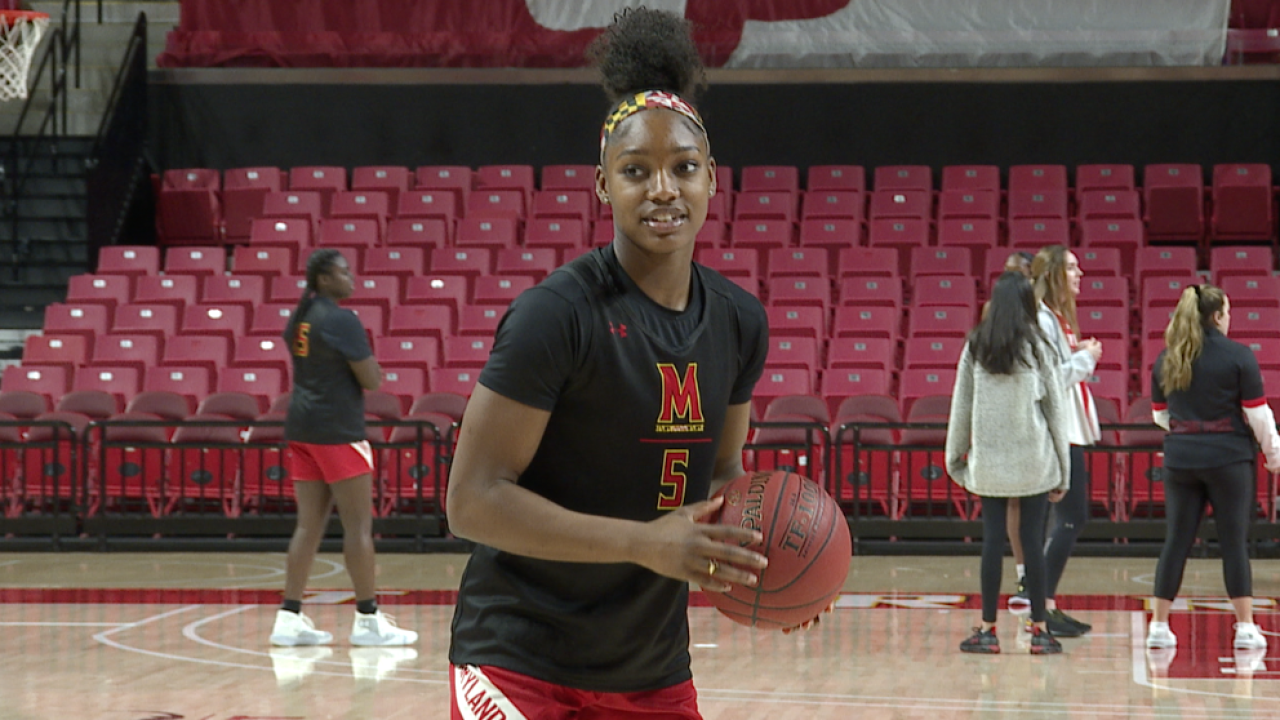 COLLEGE PARK, Md. — The Terps women’s basketball team is red hot when it matters most.

"I love where we’re at. It’s an important time. We always talk about work plus rest equals success and I feel like we are peaking at the right time," said Head Coach Brenda Frese.

Maryland (25-4, 16-2) rides a 14-game win streak into the upcoming Big Ten Tournament. They’ll play either Michigan State or Purdue in the quarterfinals on Friday at noon in Indianapolis.

"We can’t take any plays off, especially with rebounding offensively and defensively, just knowing to leave everything out on the court," said Terps guard Kaila Charles.

The top-seeded Terrapins are ranked No. 6 in the nation. They are fresh off their fifth Big Ten regular season title in six years. They’re the fourth-highest scoring team in the country averaging 83.7 points per game. Charles leads the Terps with 15 points per contest. The senior is one of ten semifinalists for the Naismith National Player of the Year Award. She’s one of the best players in Maryland program history.

"I just know that I got to go out there and give it my all," she said. "I can’t come back. I don’t have any more years after this. So, I just got to go out with a bang."

Charles and these Terps enter the tourney with a chip on their shoulder. After losing the Big Ten championship game in each of the past two years they want to get there this weekend and cut down the nets.

"It’s a lot of fuel because we fell short two years in a row and I want to get back there and hopefully have a different outcome this year," said Charles.

"I don’t think any of us upperclassmen want to finish out that way," added senior forward Stephanie Jones. "I think we’re just really excited to be able to get another chance to go for it again."

"Our seniors obviously messaging that is important, but the only way things work out I feel is if we continue to keep being who we are," said Frese.

That’s the best team in the Big Ten.