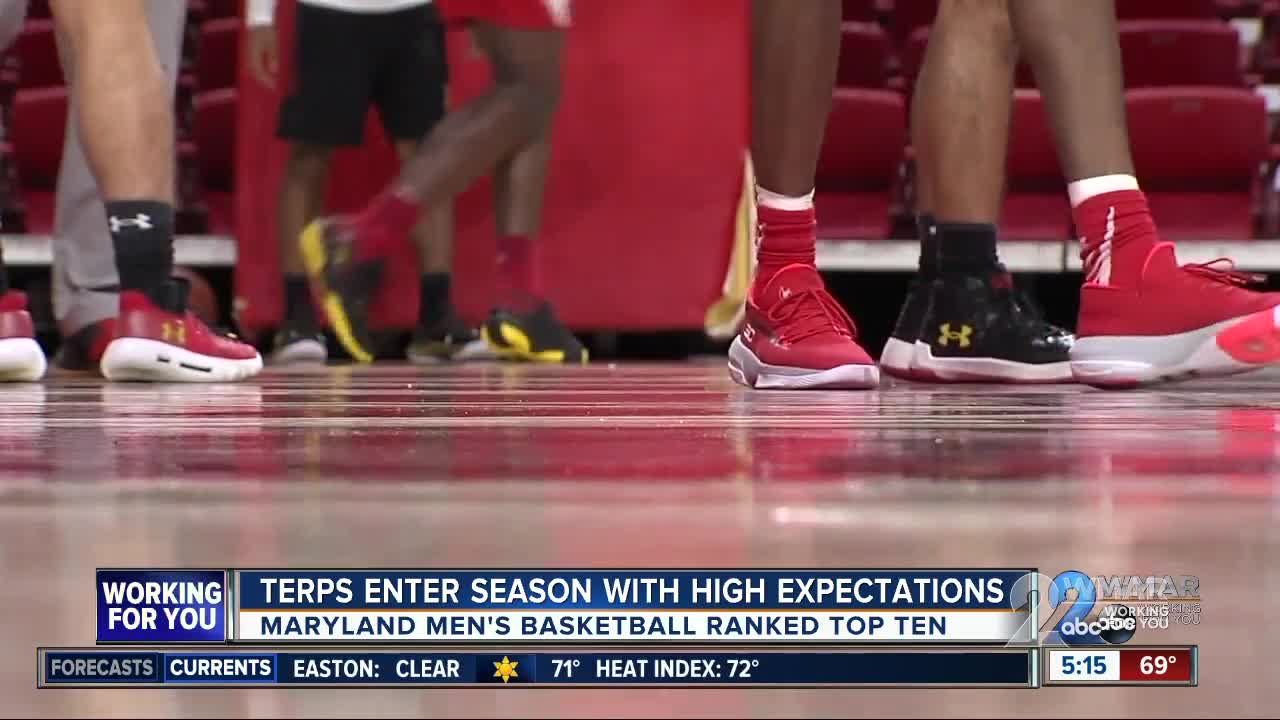 COLLEGE PARK, Md. — It is expected to be a season unlike any other for Mark Turgeon’s Maryland Terrapins. The 2019-20 roster is by far his best assembled since coming to Maryland in 2011.

“We’re not afraid of the expectations. Our expectations of ourself are really high. So, we expect to play great,” said the Terps Head Coach.

The Terps find themselves ranked in the top ten nationally in all the preseason rankings. They lose only NBA Draft selection Bruno Fernando from a 23 win team that came up one bucket short of a Sweet 16 appearance.

Back is Baltimore native Jalen Smith. Expect the big man to dominate during his sophomore year. Turgeon says he’s gained about 35 lbs. since he stepped foot on campus last year. He’s about 225 lbs.

“I’m pretty much approaching it like it was any other season,” said Smith. “Last year it was all about one team. No matter what you do you always need a team to help you. So, it’s not all about me.”

“[He] really worked hard on one-on-one this summer, both offensively and defensively. He’s good on the left block. He’s good catching and shooting from the three. But, we got to add to his game,” said Turgeon.

Guard Anthony Cowan returns for his senior season. He should be in the mix for Big Ten Player of the Year.

“That’s been my main goal this whole time. They can all say everything about the points and assists but, at the end of the day, I haven’t won anything. Got to get that,” said Cowan.

The supporting cast of Darryl Morsell, Eric Ayala, Aaron Wiggins, Ricky Lindo and more are back. And the team welcomes in a much-hyped familial duo.

Get used to hearing about the Mitchell Twins this season. We’re taking about freshman Makhi and Makhel Mitchell. The twin brothers are both four-star recruits from Washington, D.C. and go 6’10”, 235 lbs.

Maryland opens its season on November 5, at home, against Holy Cross.